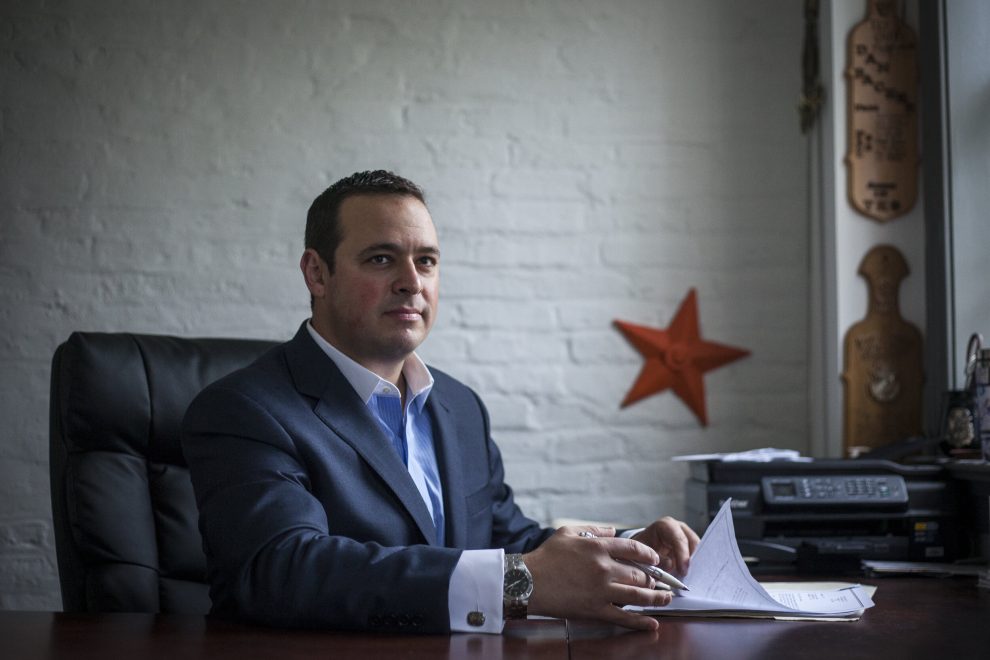 Attorney Dan Backer secured a $113 thousand fine from Hillary Clinton’s campaign for falsely reporting money paid to Perkins Coie as legal expenses when they actually spent it to create the infamous Steele Dossier. Now he is continuing to hold Democrats accountable on behalf of another client. Backer is representing The Committee to Defeat the President, an anti-Biden PAC, and pressing the Federal Election Commission (FEC) to declare Joe Biden a candidate in the 2024 election.

Backer filed a formal complaint with the FEC in October 2021. It asserted President Biden met the definition of a candidate for re-election in 2024 based on his public statements. While the FEC opened an investigation, it has not directed the Biden campaign to correct the situation. By contrast, Backer noted the Trump campaign filed the appropriate paperwork for 2020 on Inauguration Day 2017. Earlier this week, Backer sent another letter asking the FEC to compel Biden to comply with federal law.

The letter reiterates that Biden’s principal campaign committee, Biden for President, and the Biden Victory Fund have failed to amend their Statements of Organization to indicate they are now spending money for political benefit and raising funds for Biden’s 2024 presidential campaign. According to Backer, failure to do so deprives the public of campaign finance information it is entitled to under the law.

The United States Code requires each candidate for federal office to designate in writing a political committee to serve as the principal campaign committee for his candidacy within 15 days of becoming a candidate. The candidate meets this requirement by filling out a “Statement of Candidacy” with the FEC. On or about November 6, 2020, Biden filed an amended Statement of Candidacy stating that he is a presidential candidate in the 2020 election, not the 2024 election. It identified the Biden Victory Fund as an authorized committee to raise funds on his behalf.

The code also defines a candidate as an individual who has either received or designated someone to receive more than $5,000 in contributions or made more than $5,000 in expenditures on his behalf. The Victory Fund has either solicited or accepted $1.9 million in contributions since Election Day 2020. As the Fund is the joint fundraising committee for the 2020 campaign, these are impermissible contributions unless Biden declares his 2024 candidacy and appoints the Fund as an authorized fundraising committee.

According to federal law, candidates must report any funds spent on a campaign. It also changes how the PAC classifies the funds it spends opposing Biden’s re-election. By declaring Biden a candidate, the FEC would allow the Committee to Defeat the President to begin campaigning against Biden through independent expenditure advertising campaigns and report these funds appropriately. According to Backer, if team Biden spends money for a political benefit in 2024, it is not getting reported correctly. Backer adds that since the original complaint, there is additional evidence Biden is a candidate for re-election in 2024. The letter cites an article in the New York Intelligencer:

Biden hasn’t formally announced his campaign for a second term, but in his mind there’s no question he’s running. “That’s my expectation,” he said early in his tenure. “Yes!” he told an interviewer nine months later, sighing a little performatively at having to keep repeating it.

The article asserts Biden’s aides believe he has clearly stated his intention to run:

“People ask me with some regularity, ‘When is Biden going to come out and say what he’s going to do?’ ” an exasperated longtime Biden adviser told me recently. “And I say, ‘Well, he has!’ ”

Gabriel Debenedetti’s Intelligencer story is about the consternation in the Democrat Party over the idea Biden may run again. Debenedetti notes:

“Relatively few people outside the White House totally buy it [Biden running]. With Trumpism reascendant, ambivalence about Biden’s age and political standing is fueling skepticism just as the image of his understudy, Vice-President Kamala Harris, dips even further than his.”

When I asked Backer if he really thought Biden would run again, he said, “Any talk of Biden not running in 2024 is Democrat wishful thinking.” He continued, “In short of something awful happening, Biden is the nominee in 2024. He has spent 50 years ruining the country and eyeing this job. He will not exit the race voluntarily.”

“It’s been his life,” says one of his longtime advisers. “It’s like a shark that keeps swimming. It’s how he stays alive.” Or as another top Democrat puts it, “He was told in ’16 he couldn’t cut it. He runs in ’20 and everybody rolls their eyes, and he still wins. So why in the world now would he be like, ‘You guys are right. I am old’?”

Backer wants the FEC to force Biden to file correctly so the campaign can begin. “It is outrageous Biden is refusing to comply with federal law,” he noted. “And once again, the FEC seems content to sit back and do nothing.”