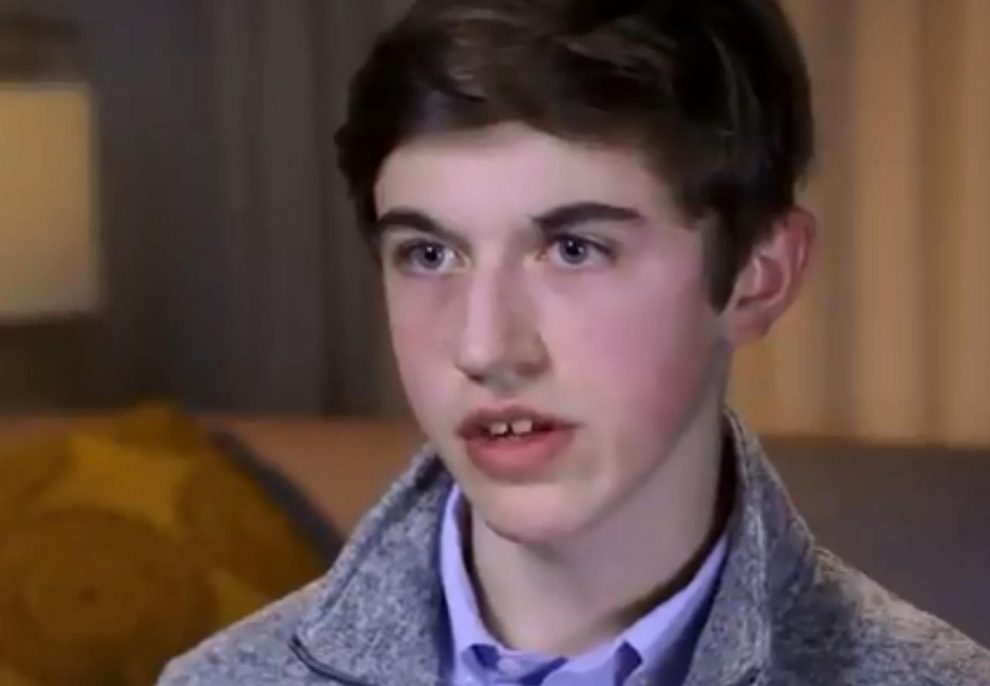 Students and faculty at Arizona State University are afraid of a poster that has been plastered around campus featuring Covington High School student and hate hoax target Nick Sandmann. A spokesman for the school claims the poster is “hateful rhetoric.”

According to a report from the student newspaper at Arizona State University, faculty and staff are concerned about a new campus poster campaign featuring Covington High School student Nick Sandmann.

Sandmann was at the center of an episode of mainstream media malpractice in January. After being confronted by a Native American protester, Sandmann stood in place and flashed an awkward grin. A short video clip of the encounter was used by the media to portray him as a bigot and an oppressor.

Sandmann has been looked to as a symbol of resilience by young conservatives. In the poster campaign at Arizona State University, Sandmann’s face is featured alongside the words, “Stand Your Ground.”

But the poster is making some students and faculty fear for their safety. A Facebook post by the Multicultural Solidarity Coalition said that the “white supremacist” posters are inciting violence.

The face is clearly the face of a white student from Covington Catholic high school, who was seen in a video harassing Nathan Philips, a long time Indigenous rights community organizer. This video sparked outrage and fear amongst students of color, especially Indigenous people, of the increased risk of being harassed by white men…

How are student supposed to feel safe when these posters inciting violence are being spread throughout campus? This is not the first time white supremacist posters have been found at ASU, yet ASU administration has chosen not to do anything, leaving students of color in fear. #UnheardatASU

“ASU is a place where open debate can thrive and honest disagreements can be explored, but not when hateful rhetoric is used,” the spokesperson said. “That is not who we are.”