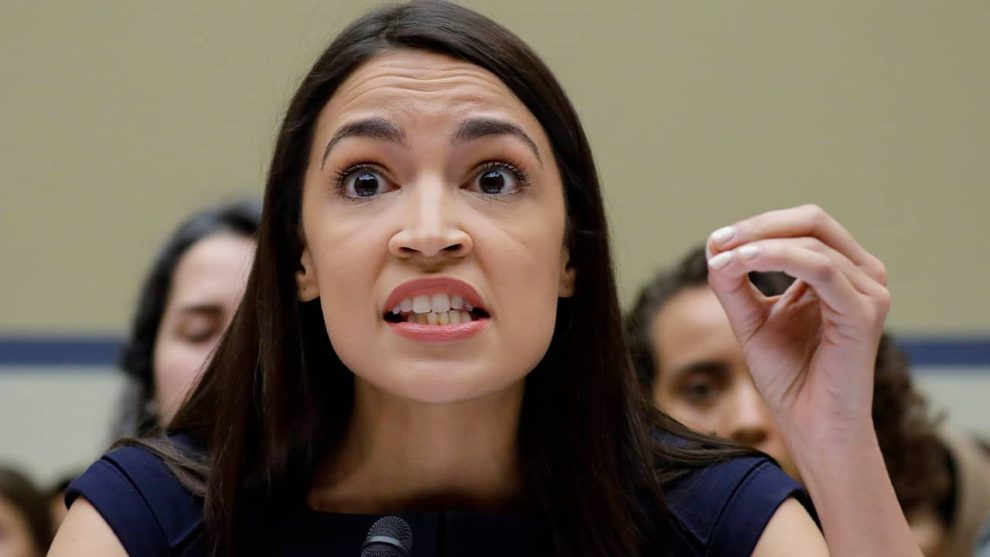 Sometimes it takes courage to be a thought leader like AOC is for the progressive causes she has championed since becoming an elected official a bit over three years ago. Courage also could be defined as drinking your own urine if you are alone on a desert island with no freshwater source. However, one of these courageous acts is needed to survive on planet Earth and the other is just meant to make you laugh while surviving.

I’m hoping you guessed which is which.

One of our favorite people to follow in politics here at the hallowed walls of RedState is the Congress lady from New York, Alexandria Ocasio-Cortez. She is a breath of fresh air in the stale smokey corridors of the Capitol in Washington D.C. And we thank the Lord for her each and every day.

Here are just some recent examples of how much we love and adore her right here.

You see, we simply adore this Congressperson — and how could you not?

Now let me make it clear, after taking a poll of everyone here at RedState, nobody here actually wants to sleep with her as she has accused those who might be a tad bit critical of her in the past. We just simply adore her antics and there’s nothing wrong with that.

The reason for this post is that the other day I was doing a radio hit and the topic came up about the Green New Deal which is something that AOC has been a huge cheerleader for since she was elected. As this massive wealth transfer boondoggle was being discussed, the subject came up about AOC’s claim a couple of years back that the Earth and every single person on this planet only had 12 years left to live.

So the thought occurred to me, where are we on the AOC Doomsday Clock calendar? If you don’t recall the comment here is a refresher…

The youngest woman ever elected to Congress again made headlines and sparked conservative criticism when she said Monday that she and other young Americans fear “the world is going to end in 12 years if we don’t address climate change.”

Rep. Alexandria Ocasio-Cortez, D-N.Y., made the remark during an interview with writer Ta-Nehisi Coates at the MLK Now event in New York City celebrating the legacy of Martin Luther King Jr.

Ocasio-Cortez called the fight to mitigate the effects of climate change her generation’s “World War II.”

“Millennials and Gen Z and all these folks that come after us are looking up, and we’re like, ‘The world is going to end in 12 years if we don’t address climate change, and your biggest issue is how are we gonna pay for it?’ ” she said.

Her point, though, is very well taken.

Why are people concerned about the cost of something when you’re not going to be around to have to pay the bill? There is a twisted perverse logic in her thinking but she very well may be correct. Not that the Earth is going to end in 12 years or less, but in her statement about who cares about who’s going to pay for it. In fact, with the Biden administration’s latest budget, it’s pretty clear that they are also employing a “Who cares who is going to pay for any of this?” mentality.

According to the USA Today article, Cortez made her declaration that the world was cooked within 12 years on January 22, 2019. Now, I’m sure that she is not only a fabulous congressperson — she might also be somewhat of a Mystic and thus tuned in to Mother Earth and nature like no other elected official. If you just listen to her you would know this. Duh.

So, being I take what AOC said very seriously because she is much smarter than I, or quite frankly anyone else currently converting oxygen to carbon, we currently have only 3,219 days left on this big blue marble we call Earth.

That equals 8.8 years which is barely even two more Presidential election cycles.

The damage is done and the time is passed so that, no matter how much money we try to spend to correct the problem, it won’t be enough. You just can’t fix over two hundred years of “damage” in a mere 8.8 years.

So, kids, enjoy your less-than-a-decade time frame you have left here on Earth and do what our favorite congressperson from the soon-to-be-former great state of New York would do.

Get down to Florida, don’t wear a mask, definitely DO NOT go to Disney, and party like it is 1999.