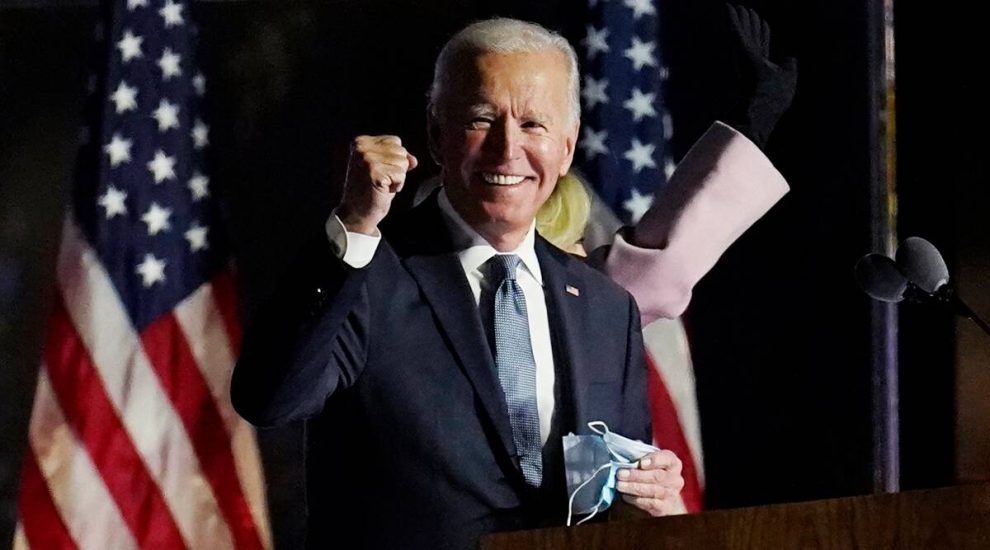 Earlier in the day, I warned readers that Biden was set to make Wednesday night about democracy. Well, I watched Custard’s Last Stand. On the upside, I need to lose a little weight and now I have no appetite. I thought I would address my reaction to the ersatz commander-in-chief:

First of all, the United States of America is not a democracy. Dear God, that is Civics 101. America is a republic. It was designed as a republic because the framers knew that democracies could easily descend into mob rule. That includes mobs you like. More on that later.

Secondly, the man who attacked Paul Pelosi is a mentally ill drug addict whose interests and intentions were all over the map. I don’t see you shedding any tears for the people who face these lunatics every single day on city streets. But your people found enough to get back on the MAGA horse.

Speaking of that, and mobs…

Third, no one is buying ”MAGA Republicans” anymore. You’ve ridden said horse into the ground. It’s dead. Leave it be. It was not the vast majority of Republicans who stormed the Capitol on January 6. It wasn’t even the majority of people at the rally. But you just can’t leave it alone. Americans, sir, have been struggling with increasing crime under the watch of you and your counterparts, and they have very few tears left to shed for the protected class who, for a few hours out of one day, felt threatened. And frankly, sir, you and your party have trotted out the routine so many times that any dramatic value it may have had is lost on everyone but yourselves and your pet media. Nary a word from you about the sieges in cities by anarchists or the threats against a Supreme Court justice. You cry crocodile tears over J6 and talk about unifying a nation while finding any reason to raid the homes of abortion opponents and ignore the destruction of pregnancy centers.

Democracy versus autocracy, you say? Who but an autocrat would weaponize the Department of Justice to terrorize his political opponents, cast concerned parents as domestic terrorists, and even try to find ways to criminalize election rhetoric he doesn’t like? Who but an autocrat would freeze energy production in his own country, raid the reserves, and flirt with nationalizing the oil industry?

We won’t know the results until a few days after the election? I’ve been voting since 1985. Going back as far as I can remember (Al Gore aside), most elections have been finished on Election Day. It is patently obvious to anyone with half a brain at their disposal that your handlers, speech writers, and members of the Democratic upper echelon are setting the scene to buy time. After all, Big Tech needs to sow the seeds of doubt, and hell, you might just skeeve your way out of this one, if the vote is close enough.

You want your fellow Americans to help you meet this day? Maybe your fellow Americans are worried about putting gas in the tank, heating their homes, or making their rent or mortgage. Maybe they are reeling from the fact that you and your media lied to them about a drug that did nothing to prevent the spread of a disease, and watched their businesses and livelihoods evaporate. And you and the people who profited from it could not have cared less. Maybe the voters are hearing about the supply chain being interrupted by a lack of diesel fuel or an impending railroad strike, which, despite your crowing about fixing it, may occur after the election after all. Maybe they are worried about getting attacked on the street or having their stores or boutiques cleaned out. They know how your allies are trying to divide and judge their children on the color of their skin, and mutilate their growing bodies. Some don’t feel safe outside their homes and barely feel safe inside them. Some still remember the Afghanistan debacle. Some of them are even worried about nuclear war. I wasn’t even alive the last time that concern was on the table.

Maybe they understand that you want them to help you meet this day so that you and your people can stay in office. These people don’t even know what the next day will bring for them, and they do not have the financial cushion of you and your party leaders and mouthpieces.

Back during the earliest stages of the 2008 election, I believed in you. I backed you and hell, I even liked you. And yes, I probably owe every reader at PJ Media an apology for that. Of course, Obama came along and all of us donkeys got the vapors for him, but that just goes to show you how easily Democrats can be emotionally manipulated. Had I only known then what I know now. Not that it would have mattered, but at least I wouldn’t have to admit to having supported you.

But people aren’t being manipulated now. And that has nothing to do with “election deniers.” It has nothing to do with MAGA Republicans. They can see what you and your party have done to them. The kitty or perhaps the donkey is out of the proverbial burlap. You and your party failed us, just like you failed me twelve years ago. But instead of apologizing and maybe listening, you doubled down, you dug in. And the rest of us paid for it.

People have figured out something about you and the rest of your ruling class, sir. You are everything you accuse conservatives of being. And you were able to hide that. Until now.