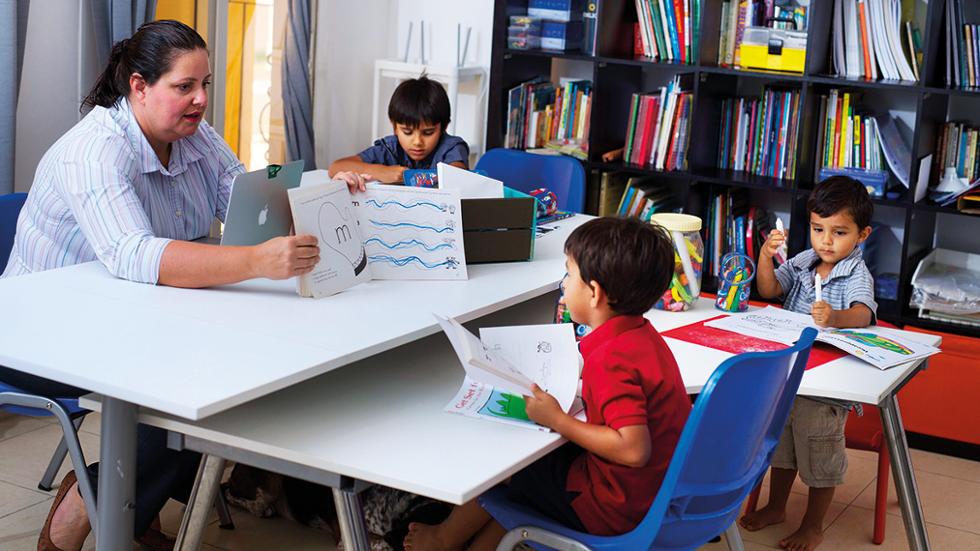 “The leaders of the revolution are America’s homeschooling mothers,” said C. Bradley Thompson, professor of political science professor at Clemson University and author of America’s Revolutionary Mind: A Moral History of the American Revolution and the Declaration That Defined It, expressing his concerns of deepening national political fragmentation in a Tuesday interview on SiriusXM’s Breitbart News Tonight with hosts Rebecca Mansour and Joel Pollak.

“[Americanism] is really an extraordinary concept,” stated Thompson. “The United States of America is the only nation in the world that I know of that is identified as an ism, right? We speak of Americanism, but we don’t speak of Frenchism, Italianism, Germanism, [or] Persianism. It’s only Americanism. Americanism is associated with an idea or with principles, and the idea of America, the ideology that is America, the ideology that has attracted tens — if not hundreds — of millions of people to this country over the course of the last several hundred years is, I think, associated with the principles of the Declaration of Independence.”

Beverly Hills Goes MAGA as Thousands of Trump Supporters Rally Donald Trump in Georgia: ‘Lock Up the Bidens’ Kirstie Alley Responds To Attacks Over Her Trump Support: ‘I Honestly Don’t Take It Too Personally’

“So the question is: What is it, what ideas can Americans rally around?” asked Thompson. “If we cannot rally around these words — we hold these truths to be self-evident, that all men are created equal, that they are endowed by their creator with certain unalienable rights, among which are the rights to life, liberty, and the pursuit of happiness — then we can rally as a nation around no words.”

Thompson described the Democrats’ push for impeachment of President Donald Trump as a symptom of a deeper political and partisan divide across the nation.

“In my view, the problem that we are confronting now in 2019 is that America seems to be hopelessly and ideologically divided, so this show trial that is taking place in Washington, DC, right now, is just sort of the culmination of what I think are much deeper, subterranean ideological divisions that are taking place in this country,” said Thompson. “The problem is, part of the United States — one group in the United States — they seem to despise the principles on which this country was founded, and so we find ourselves in this very difficult position where one part of the nation really hates what this country has always stood for.”

Mansour invited elaboration on which values could serve as America’s social glue. Thompson highlighted the philosophical divide between moral relativism and moral objectivism.

“Those very simple but  graceful words in the second paragraph of the Declaration,” replied Thompson. “So, just go through them: ‘We hold these truths to be self-evident.’ The first thing to say is that in 2019, the intellectual class in the United States doesn’t believe in the concept of truth. In 2016, the word of the year in the Oxford dictionary was ‘post-truth.’ It said that we live in a post-truth society, that is to say, we live in a world where truth is allegedly subjective. Every person effectively has their truth, or every group has their truth, where as the Founding Fathers believed in truth with a capital T, that truth is absolute, certain, permanent, and universal.”

Thompson contrasted left-wing and conservative understandings of equality, with the former seeking state-driven equality of result and the latter allowing for variable outcomes given equality of opportunity and rule of law.

“The Declaration talks about four self-evident truths,” explained Thompson. “If you take just the first two, which are, I think, the moral principles of the Declaration — equality and rights — again, Americans seem to be divided on these two concepts. Part of America thinks, with the Declaration of Independence, that ‘rights’ means equal freedom or equal rights, that is, the freedom, the opportunity to govern oneself and pursue one’s own values, whereas the other half of the country thinks that ‘equality’ means that  we should all be the same, that we should be made the same, that we should be made the same economically, that is, we should have equal stuff.”

Thompson linked the erosion of American values with left-wing ubiquity across education and academia.

“The reigning intellectual and moral orthodoxy of American intellectual life, American universities would be the twin towers of moral relativism and nihilism, and the idea here, and the goal of the left over the last 50 or 60 years has been this long march through the institutions,” noted Thompson. “What they’ve tried to do — and in fact, have done quite successfully — is to take over America’s cultural institutions, particularly education, particularly K through 12 education, and colleges and universities, and that’s where the real battle is. It’s a battle of ideas.”

Thompson continued, “Unfortunately I think, too many libertarians and conservatives and classical liberals invest too much time in politics, whereas John Adams and Thomas Jefferson believed that — what really is the underpinning — the soul of a nation is how we educate our children. That’s the core issue, and so whoever controls the schools, and now also the universities, will control the culture.”

Thompson remarked, “I, like many other people, do worry about a potential coming civil war. Now, obviously a civil war in 21st century America would be significantly different than the kind we had in 1861, but it would be a different kind of civil war, and it may not involve violence at all, but it might involve the fracturing of America. Now, unlike the 1850s and 1860s, this is not a regional [war]. It’s not north versus south. It’s really ideological, and how we deal with that issue is unclear.”

Decentralization of power away from Washington, DC, may mitigate growing political hostilities between political groups in America, speculated Thompson.

“One possible solution would be a kind of radical federalism, where we implode political power away from Washington, DC, down into the 50 state capitals, and this was Thomas Jefferson’s solutions, and then from the state capitals down into smaller political units; counties, and cities, towns and villages,” Thompson said.

Homeschooling may be an antidote to the advance of left-wing ideology fused into state-controlled education, estimated Thompson.

“I do have hope in homeschooling,” declared Thompson. “I think homeschooling is one way in which we can recapture this culture, and I would argue, and have argued, that the leaders of the revolution are America’s homeschooling mothers. They’re the ones at the forefront of this change, and I would strongly encourage people to pull their kids out of government schools and to homeschool their children.” 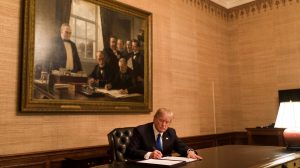