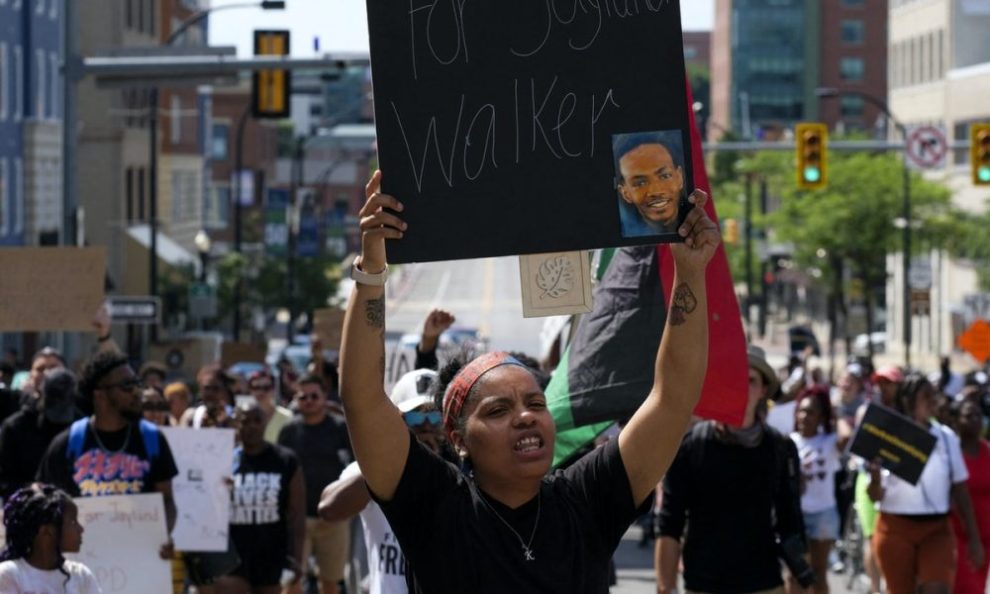 For the first time since the start of the COVID-19 pandemic, the city’s infamous Rib, White, & Blue Festival was scheduled to run from Friday through Monday. But city officials called off the event as law enforcement continues to handle ongoing protests of the officer-involved shooting death of 25-year-old Jayland Walker.

“I completely understand that some residents and guests will be disappointed by the decision to cancel the festival this holiday weekend,” Akron Mayor Dan Horrigan said in a statement. “Independence Day is meant to be a celebration and a time of gathering with friends and family. Unfortunately, I feel strongly that this is not the time for a city-led celebration.”

Horrigan said the video of police killing Walker is “heartbreaking” and “hard to take in” while calling for calm during the investigations.

The Akron chapter of the NAACP planned a march and rally downtown Sunday afternoon to coincide with the release of videos. Bobby DiCello, an attorney for Walker’s family, called the video “brutal.”

“It’s going to stir up some passion. It’s going to make people uneasy,” DiCello said ahead of the video’s release.

“Activists divided into two groups – some at a planned program outside city hall emphasizing voting, reformism etc; other half outside police station,” he said.

On June 27, Akron authorities said they pursued Walker because the car he drove was involved in a crime the previous day. After refusing to stop, speeding through a residential neighborhood, and shooting at officers, Walker jumped out of the car in motion at a barricade.

Police said they fired up to 60 bullets at Walker after he jumped out of the moving vehicle and shot at the officers.

Although he did not have the gun with him as he ran, Police Chief Stephen Mylett said the video showed Walker reaching for something at his waist and turning as he ran, prompting the police to fire.

“It was difficult to watch, and shocking,” Mylett said of the bodycam video, which showed police converging on Walker’s car. “I’m not going to pass judgment [until the investigation is completed].”

The Beacon Journal obtained an investigative worksheet by the medical examiner’s office, which reported officers shot Walker in the face, torso, and upper legs.

The report and video from the crime scene confirmed that Walker had a handgun in his silver Buick. The Akron Fraternal Order of Police said in a statement that traffic cameras had captured a muzzle flash from Walker’s car and that a shell casing had been found from the same location.

“This incident is a tragedy for our entire community, including the family of Jayland Walker, as well as all of the officers involved,” the Akron FOP said. “Many officers work their entire career without discharging their weapon. A split-second decision to use lethal force is one that every police officer hopes he or she will never be forced to make.”

Authorities have placed all eight officers involved in the incident on paid administrative leave.