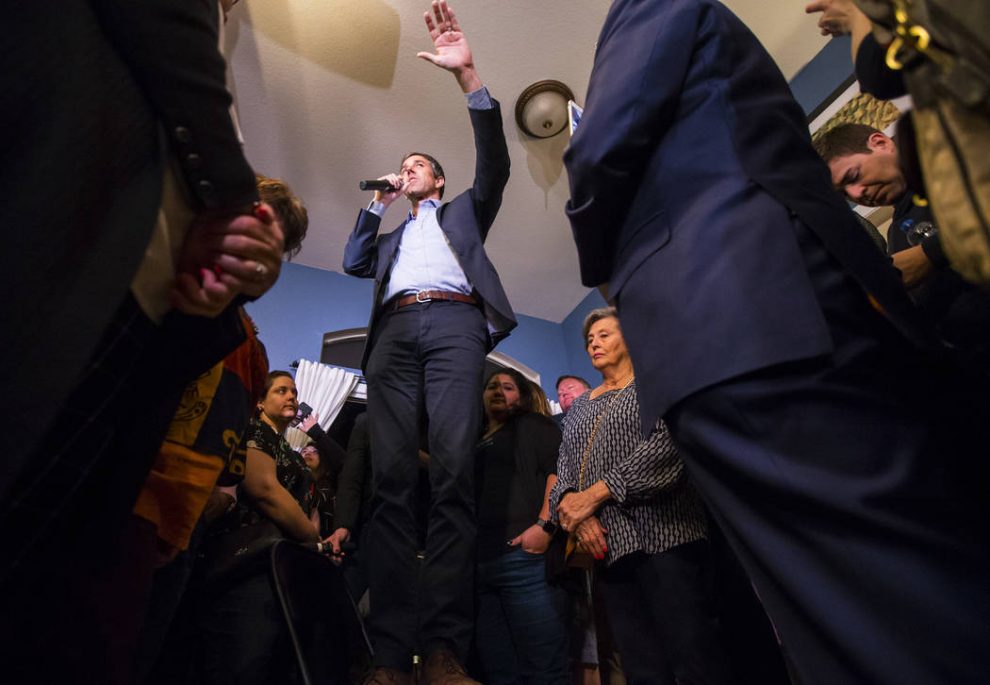 Former Texas Rep. and current presidential candidate Beto O’Rourke had a small crowd for a campaign event at the University of Nevada Las Vegas on Friday.

“Around 35 people here to see Beto O’Rourke at UNLV,” Emma Kinery, a Bloomberg reporter tweeted. “The rally was supposed to be held in the courtyard outside, but students told me no one is on campus on Fridays bc it’s mainly a commuter school.”

Around 35 people here to see Beto O’Rourke at UNLV. The rally was supposed to be held in the courtyard outside, but students told me no one is on campus on Fridays bc it’s mainly a commuter school. pic.twitter.com/zFygogVAe6

O’Rourke has seen somewhat of a decline in recent weeks despite having raised $6.1 million in the first 24 hours of his campaign. That number led all of the candidates up until former Vice President Joe Biden out-raised him earlier this week.

A professor at @unlv told me this campus is a ghost town on Fridays, but this is a very small crowd for @BetoORourke in Vegas. pic.twitter.com/RAoG97PqC5

O’Rourke’s popularity in the media has also steadily declined in recent weeks. During the week of March 31-April 6, his name was mentioned on MSNBC, CNN and Fox News a total of 300 times, according to FiveThirtyEight. The only candidate whose name was mentioned more was independent Vermont Sen. Bernie Sanders.

Who is excited to see @BetoORourke in #LasVegas tomorrow at #UNLV? We can’t wait to continue the conversation with him. Retweet this Vegas! pic.twitter.com/8EyFdP0hei

The following week, Sanders and four other presidential candidates were mentioned more frequently on the network than he was. O’Rourke did rebound last week to finish fourth in cable news mentions but he has not surpassed the 200 mention mark since.