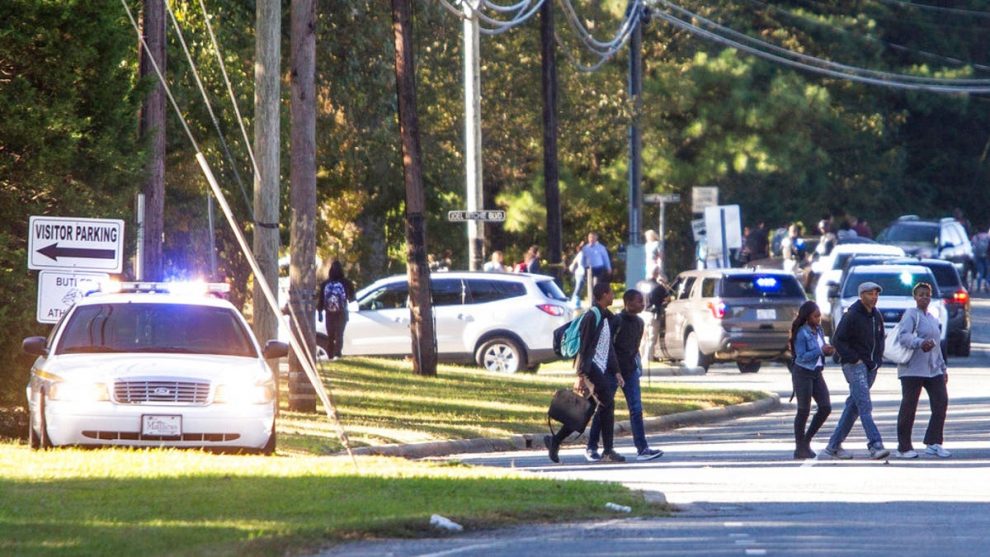 At least one student has been injured during a shooting at a high school in Winston-Salem, North Carolina, police said.

Authorities were working to clear Mount Tabor High School room by room, Winston-Salem City Manager Lee Garrity told NBC News on Wednesday. One student was injured and rushed to the hospital with a gunshot wound, according to the Forsyth County Sheriff’s Office.

Police are still looking for a suspect and the investigation is still ongoing, Sheriff Bobby F. Kimbrough, Jr. said.

The school was placed on lockdown as the Winston-Salem Police and Forsyth County Sheriff’s Office secured the scene, according to the sheriff’s office Facebook page. The Charlotte field division of the Bureau of Alcohol, Tobacco, Firearms and Explosives has also responded to the scene, the federal agency announced on Twitter.

Winston-Salem dispatchers said a school resource officer called just after noon to report that someone had been shot, NBC affiliate WXII reports.

Parents have been advised to avoid the school and have been instead directed to go to Robinhood Road Family YMCA to reunite with their children. The school’s estimated 1,000 students will be transported to the site in waves, Chris Runge, public information officer for Winston-Salem/Forsyth County Schools, told WXII.

The district has not been given details on the shooting. An unrelated lockdown was also reported at Parkland High School, located about 10 miles southwest of Mt. Tabor High School, Runge added.