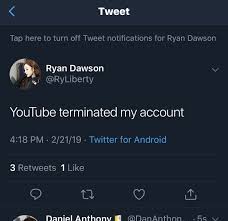 YouTube last week deplatformed a YouTube channel that specialized in exposing Stolen Valor cases. “Stolen Valor,” of course, refers to cases where dishonorable pretenders are caught making fraudulent claims of military honors they didn’t earn. Retired Navy Seal Don Shipley has made it his life’s mission to expose these shameless charlatans. His channel had 232,806 subscribers at the time it was taken down and had been in operation since around 2008.

He told PJ Media that he thinks his channel was taken down because he had “outed Nathan Phillips,” who had “masqueraded as a Vietnam vet.”

Shipley told PJ Media that this wasn’t the first time his channel had been put in “YouTube Prison.”

“I have been in YouTube Prison before when phony SEALs would cry to them about being posted,” Shipley said via email. He said his posting privileges in the past had been restricted for six months.