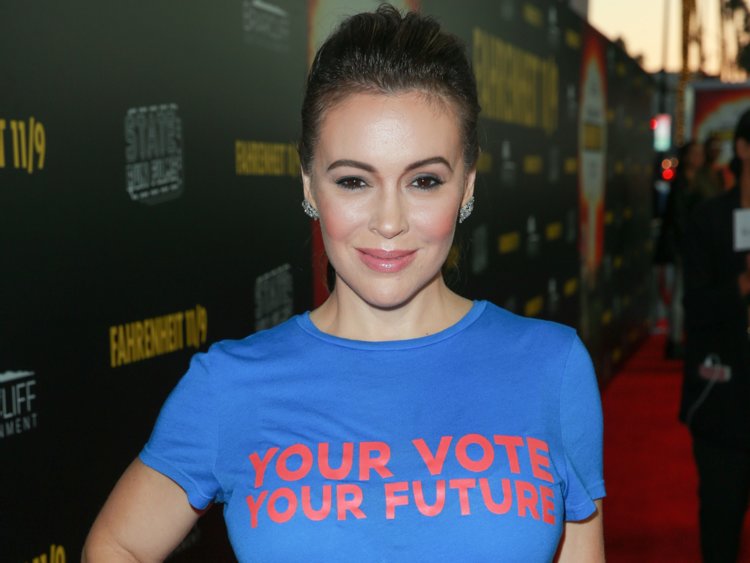 Alyssa Milano has taken it upon herself to be become Hollywood’s top abortion cheerleader.

But she officially crossed the line.

And you won’t believe what she’s doing now to desensitize and encourage young women to abort their babies.

The Heartbeat Bill bans abortion once a heartbeat is detectable in the womb.

The state of Georgia recently passed this bill and liberals are furious.

Now, Alyssa Milano and other liberal Hollywood celebrities are calling on everyone to boycott the state.

But her latest move to promote abortion crosses the line.

Alyssa Milano is starting a podcast for women to share their abortion stories so young women can feel comfortable about getting one.

The far-left actress Alyssa Milano has launched a new podcast where women will have the chance to share their “personal abortion” stories with the world.

The podcast, named “Sorry Not Sorry,” points out the fact that one in four women in the U.S. will have had an abortion by the time they are 45.

“If you’d like to share your personal abortion story on my podcast to help shine a light on the importance of bodily autonomy, please record the story on your voice memo app and email it to below address,” Milano tweeted. “If you’d like to remain anonymous please say so in your email. #SorryNotSorry.”

Milano’s new project comes at a time when she and other Hollywood figures are railing against Georgia’s new “heartbeat bill,” which seeks to outlaw abortions in the state as soon as a fetal heartbeat can be detected.

Alyssa Milano has gone too far.

Publicly advocating for abortion is nothing new.

But creating a platform for women to encourage others to have an abortion is dangerous and irresponsible.

Alyssa has likely not considered the consequences of what she is doing.

Young women will not seek help from their parents or women’s centers but instead turn to abortion clinics or those that will perform the operation illegally.

Milano wants to share the “brave” stories of women getting an abortion to inspire others.

What she’s covering up is the deep psychological toll that getting an abortion can have on a woman who later regrets it.