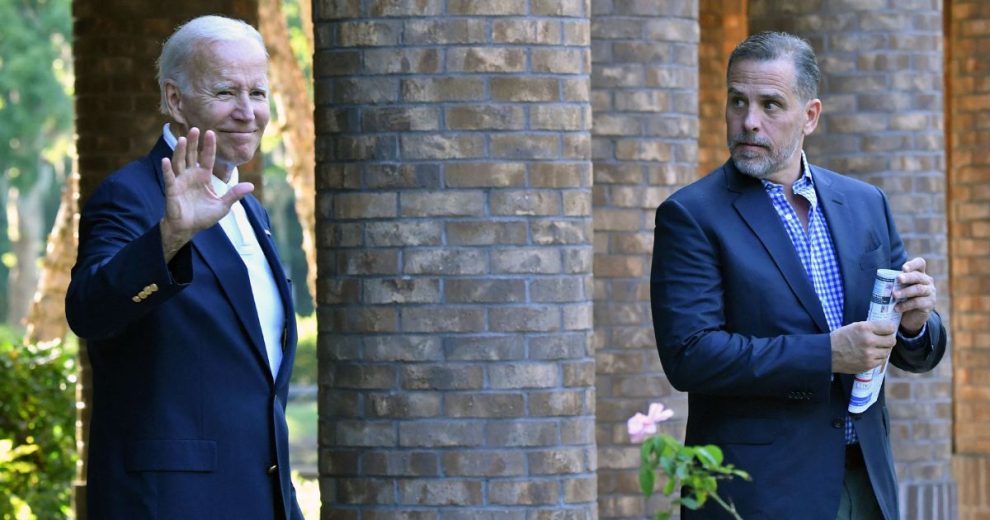 Sens. Ron Johnson of Wisconsin and Chuck Grassley of Iowa say whistleblowers are painting a picture of political corruption in the case of President Joe Biden’s son.

In a Tuesday letter to Department of Justice Inspector General Michael Horowitz, Johnson — the ranking member of the Homeland Security and Governmental Affairs Committee’s permanent subcommittee on investigations — shed new light on what he’d learned from the FBI whistleblowers.

“After the FBI obtained the Hunter Biden laptop from the Wilmington, DE computer shop, these whistleblowers stated that local FBI leadership told employees, ‘you will not look at that Hunter Biden laptop’ and that the FBI is ‘not going to change the outcome of the election again,’” he wrote.

In that instance, FBI leadership was presumably referring to a 2016 investigation into then-Democratic presidential nominee Hillary Clinton’s use of a private email server when she was secretary of state.

According to Johnson, whistleblowers said the bureau refused to begin investigating the content of Hunter Biden’s laptop until after the 2020 election — roughly a year after they first acquired the device in December 2019.

The Wisconsin senator called on Horowitz — who is charged with investigating potential misconduct in the bureau and other DOJ divisions — to probe the FBI’s handling of the device.

“While I understand your hesitation to investigate a matter that may be related to an ongoing investigation, it is clear to me based on numerous credible whistleblower disclosures that the FBI cannot be trusted with the handling of Hunter Biden’s laptop,” Johnson wrote.

“I hope you understand that the longer your office stands on the sidelines and delays investigating the FBI’s actions, the harder it will be for you to uncover the truth and hold individuals accountable for wrongdoing.

“I call on you to immediately investigate the FBI’s handling of Hunter Biden’s laptop and begin by obtaining the history of the investigative actions taken by the FBI on Hunter Biden’s laptop which should be available on the FBI’s case management system, Sentinel,” he said. “This case file should provide valuable information about the steps the FBI took to examine the laptop.

“The American people deserve transparency and expect allegations of government corruption to be fully and immediately investigated.”

According to the letter, FBI supervisory intelligence analyst Brian Aute allegedly caused ongoing investigations into Hunter Biden to be terminated when he compiled an assessment falsely describing derogatory information regarding the drug addict as disinformation.

A plethora of former senior U.S. intelligence officials described the content of Hunter Biden’s laptop as a “Russian information operation” in the days before the 2020 election.

Numerous media outlets have since verified the device as the legitimate former property of the president’s son.

The laptop contains countless videos and photos of Hunter Biden himself in addition to emails regarding his foreign business dealings.

According to whistleblowers, elements within the FBI leaked information about a briefing with Grassley and Johnson to the media.

Grassley cited “likely violations” of federal laws and regulations on the part of Thibault in a letter to Attorney General Merrick Garland and FBI Director Christopher Wray on July 18.

He indicated the senior FBI official has a history of social media partisanship that he hid from public view after coming under scrutiny.

Hunter Biden remains under federal investigation for his tax dealings as well as potential firearm violations.