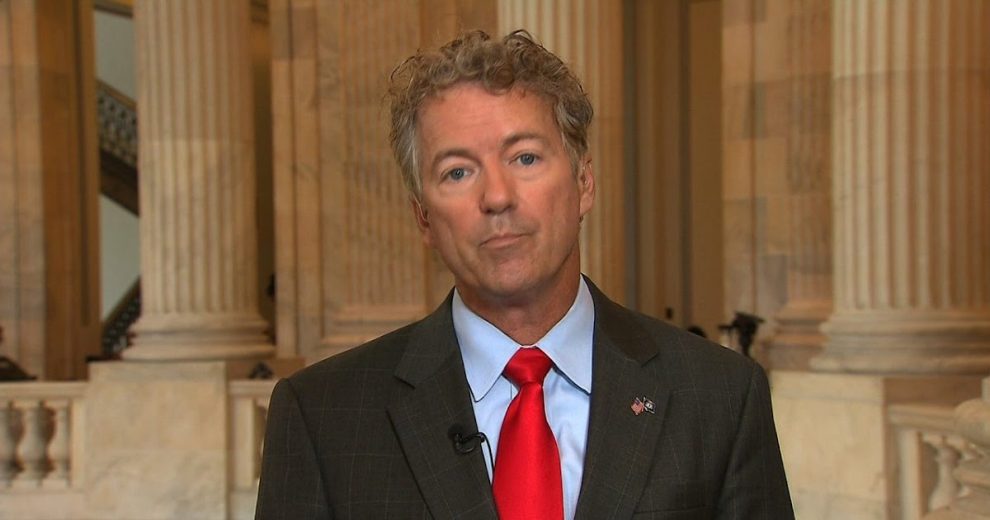 Sen. Rand Paul has written his own retelling of the classic poem “‘Twas the Night Before Christmas,” called ‘”Twas the Week Before Christmas” about the $1.7 trillion omnibus bill, and performs it in a video, which is currently going viral on social media.

The senator from Kentucky is seen donning a red blazer before a backdrop of a Christmas tree and a fireplace. “‘Twas a week before Christmas and all through the Senate and House, not a creature was stirring, not even a mouse,” he begins. “The earmarks were hung by the chimney with care, in hopes that Saint Nicholas soon would be there. The senators were nestled all snug in their beds, while visions of pork danced in their heads.”

I think my favorite parts are the shout-outs. “Now, McConnell! Now, Schumer! Now, Pelosi and Vixen! On Biden! On Stupid! On Dumber and Blitzen! To debt! To bankruptcy! To free money for all! Now dash, dash away, more cash for all!” Paul says.

Twitter
See also  M&M's Tosses Their 'Spokescandies' in the Garbage After Woke Characters Cause Backlash
→ What are your thoughts? ←
Scroll down to leave a comment: