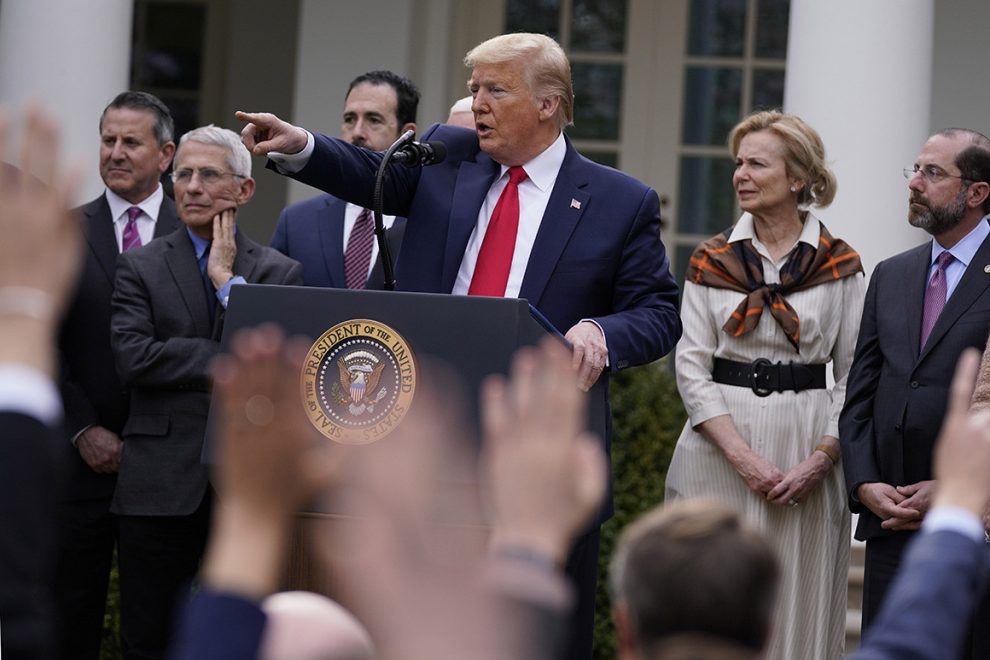 A new poll by the Wall Street Journal and NBC News finds that approval of President Donald Trump remains unchanged since the start of the coronavirus outbreak, though only 48% have confidence in him to manage it.

The survey of 900 registered voters found little sign that a crisis with potential to define the 2020 election has altered the political standing of President Trump. Some 51% disapprove of how he is handling the virus outbreak, while 45% approve. That is nearly identical to his overall job-approval rating, which is essentially unchanged from last month and from much of his tenure as president.

Republicans and Democrats hold nearly inverse views on his emergency response, with 81% of GOP voters saying he has done well and 84% of Democrats saying the opposite. Among independents, 43% approve and 52% disapprove.

The outbreak has taken governments around the world by surprise, and even those that have responded aggressively have been forced to re-adjust over time.

On Saturday night, for example, Israel announced a ban on gatherings larger than ten people (ten is the minimum required for a prayer quorum in the Jewish faith). The Israeli government will also follow South Korea’s example in using private cellphone data to track those exposed to the virus.