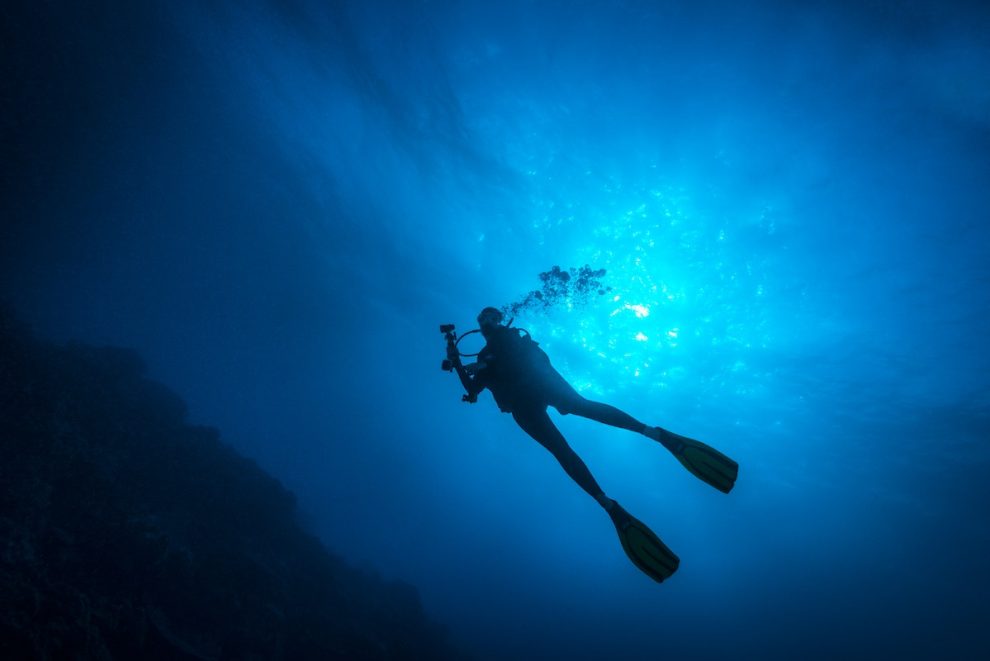 The first U.S. Navy destroyer to be sunk in American history has been found by divers off the coast of England.

The ship, the Jacob Jones, was a Tucker-class destroyer that was sunk on December 6, 1917, after being struck by a torpedo while traveling to Ireland from France.

“We found the Jacob Jones, the first U.S. destroyer to be sunk, ever, and the first major casualty for the U.S. Navy-wise in WWI. It’s an incredible achievement,” 39-year-old U.K. diver Will Schwarz told the Military Times.

The group of U.K. divers first announced their find last week on Facebook, and they said that they would be working with the U.S. Embassy on next steps now that the ship has been found.

“She lies in 120M of water 60 miles south of Newlyn, Cornwall. We based ourselves there and everyone has been excellent,” diver Steve Mortimer posted alongside a picture of a portion of the ship’s wreckage.

The group of divers, whose group is called Darkstar, found the fallen ship 400 feet under the surface on August 11. They were able to find a bell and the ship’s gun mount during their 20 minutes of exploring the wreck. One of the divers said that they cheered and gave each other high fives upon finding the Jacob Jones.

The divers were also aware of the somber nature of the find, according to Rick Ayrton, a retired dentist who was part of the diving team.

“For all of our excitement and adventure now, they were fighting a life-and-death struggle over a hundred years ago,” he said.

The Jacob Jones, under the command of David W. Bagley, was hit by a torpedo from a German submarine while traveling from Brest, France, to Queenstown, Ireland. Sixty-four men of the 110-man crew died when the ship went down, including two officers. Within eight minutes of being struck, the ship had sunk, making it the first destroyer to go down in American history, according to Naval History and Heritage Command.

“It’s a really big deal, to be blunt,” naval historian Michael Lowrey said. “The U.S. Navy got into World War I late, and they didn’t lose a lot of major ships. The one destroyer they lost in combat was the Jacob Jones.”

Those who did so either survived by holding on to ship debris or in life rafts for hours in the cold Atlantic water. Lieutenant Stanton F. Kalk died of exhaustion and exposure after helping many men into life rafts. He was given the Navy Distinguished Service Award posthumously.

British ships helped save the survivors of the wreck throughout the night, but the ship itself was never recovered or found until this month.

The ship was named after early American Naval hero Jacob Jones, who served during several of the nation’s early conflicts, including the fights with the Barbary Pirates and the War of 1812.