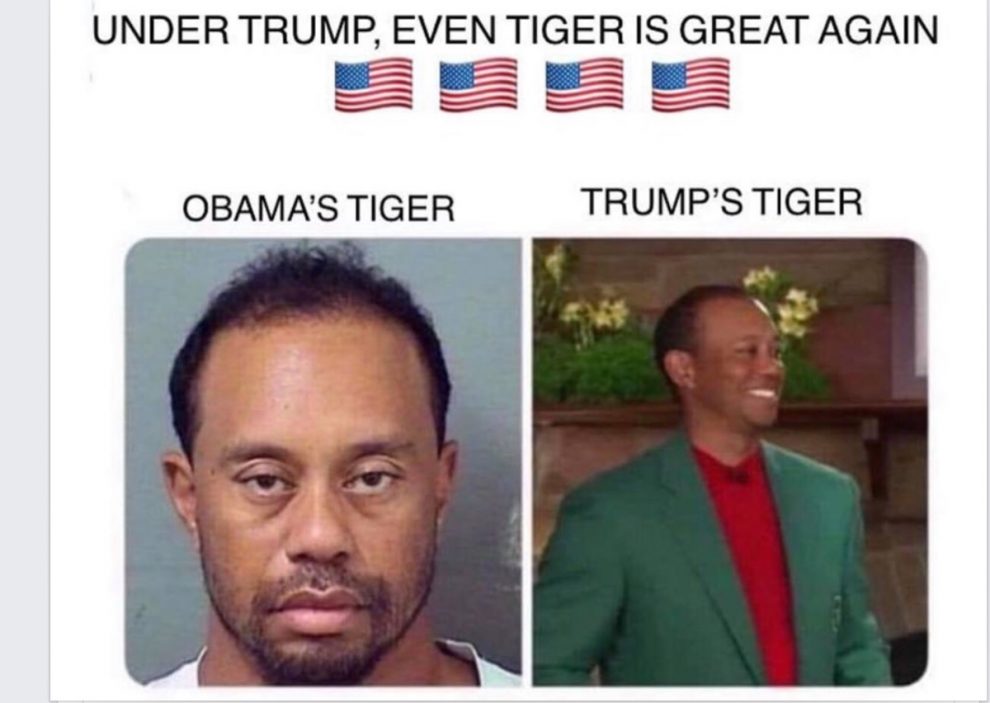 Tiger Woods will receive the Presidential Medal of Freedom from U.S. President Donald Trump next Monday, the White House said on Thursday.

Woods, 43, ended an 11-year major championship drought when he won the Masters on April 14, and Trump tweeted the following day that he would present the golfer with the Presidential Medal of Freedom, “because of his incredible Success & Comeback in Sports (Golf) and, more importantly, LIFE”.

Woods’s career was almost ended by a serious back injury, before a spinal fusion two years ago proved successful and allowed him to make a comeback.

His Masters win was the 15th major title for Woods who is second only to fellow American Jack Nicklaus (18) on the all-time list of major champions.

See also  Leaked Documents Show FBI Equating Basic American Terminology With 'Violent Extremism'
→ What are your thoughts? ←
Scroll down to leave a comment: