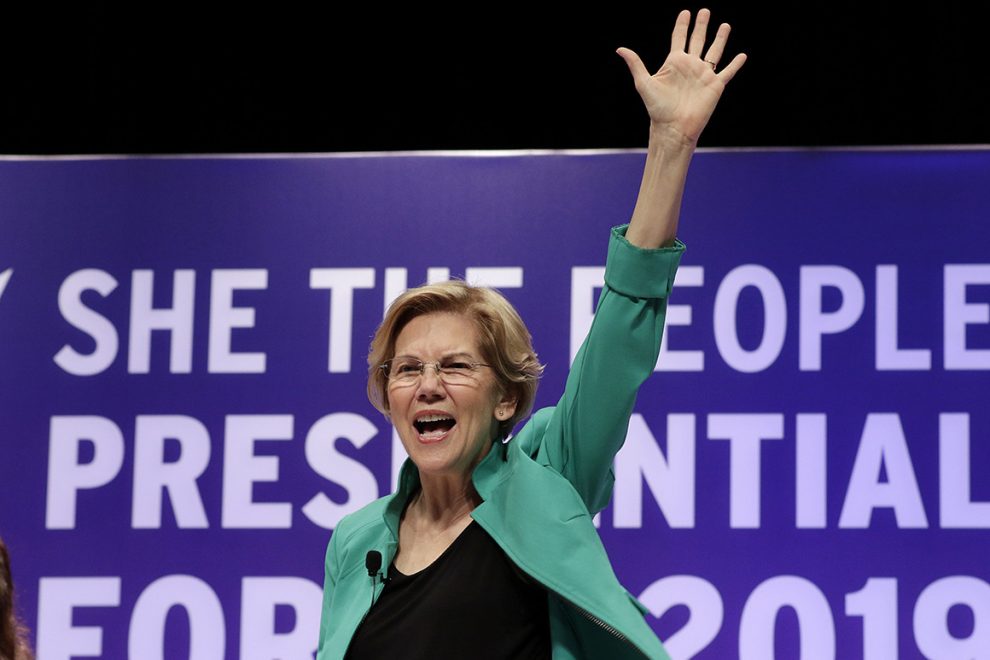 The “women of color” who hosted this week’s presidential forum expressed frustration that the leading Democrat candidates are old, white men. It is an example, they say, of “racist” and “sexist” polling.

In particular, a member of the organizing committee for the event insisted that polls showing Joe Biden in the lead were absurd, especially because he had not yet even officially joined the race as the polls were being conducted, according to Politico.

“With all due respect to the vice president, he hasn’t even announced yet, but he’s the frontrunner?” said Leah Daughtry, organizer of the “She the People” event. “Racism and sexism are part of the fabric and the fiber and the founding of our country,” she added, “and the way that the [Democratic] candidates are being treated, it just reminds you of that. We’re not past it.”

“When you got a media that’s constantly saying Biden and Beto and Bernie and literally elevating the male candidates, I think that’s going to be reflected in the polls,” Brown said.

The “She the People” event was billed as the first-ever presidential forum to cater to women of color voters.

During Wednesday’s forum, Elizabeth Warren received much applause for her radical, socialist ideas. And even though he maintained his far left ideology, frontrunner Bernie Sanders found opposition and was even heckled at one point during the evening.

Sanders had an exceedingly difficult time answering how he would change his campaign to appeal to Hillary Clinton’s voters, in particular, black women. Sanders droned about party unity and pleaded with the other candidates on the stage to support him. However, he did not answer the question, and that brought some unrest among members of the audience, not to mention the moderators who continued to press him on the question.