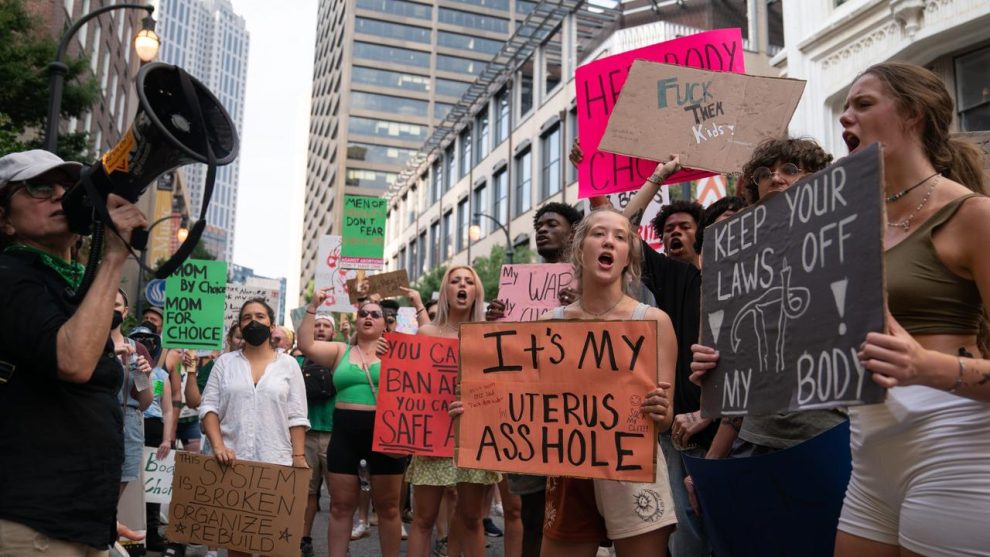 Pro-abortion women are calling for a nationwide sex strike in retaliation against men for the overturning of Roe v. Wade following the Supreme Court’s landmark decision Friday.

Outraged women took to social media and the streets over the weekend to protest Friday’s Supreme Court decision. Some activists have declared women should begin practicing abstinence, including one Twitter user who seemingly believes that women should even withhold sex from their husbands.

Women, if you are having a tough time with the #sexStrike and #abstinence just picture Mitch McConnel naked. pic.twitter.com/S5TcyK0axO

A 24-year-old woman protesting in New York City on Saturday told the New York Post she would not have sex with men if they were not willing to get a vasectomy.

“If you’re a man who won’t get a vasectomy, even though it’s reversible, and you’re not out in the streets fighting for my rights, you do not deserve to have sex with me,” she stated.

Other seemingly progressive Twitter users joined in on the call to abstain from sex with men.

“Perhaps a #sexstrike (also known as #abstinence ) would help the men folk to be all in on this #womensrights issue. #RoeVWade,” wrote Monique Pressley, a legal analyst, and political commentator, according to her bio.

“If you’re celebrating the overturn of RoeVWade, disrespectfully, go fuck yourself. No literally. #SEXSTRIKE Don’t fuck your husbands, don’t fuck your boyfriends, don’t fuck that random from that one app. NO SEX WITH SPERM DONORS UNTIL WE HAVE OUR RIGHTS,” another user wrote.

One Twitter user — implied through an image — called for “abstinence” from Republicans.

Conservatives on social media responded to pro-abortion women by pointing out that calling for a sex strike might not be the dunk they think it is.

Jack Posobiec, Senior Editor at Human Events, was pleased that “abstinence” was trending on Twitter.

The New York Post reported on Saturday that the term “abstinence” was trending on Twitter following the decision of Dobbs v. Jackson Women’s Health Organization.