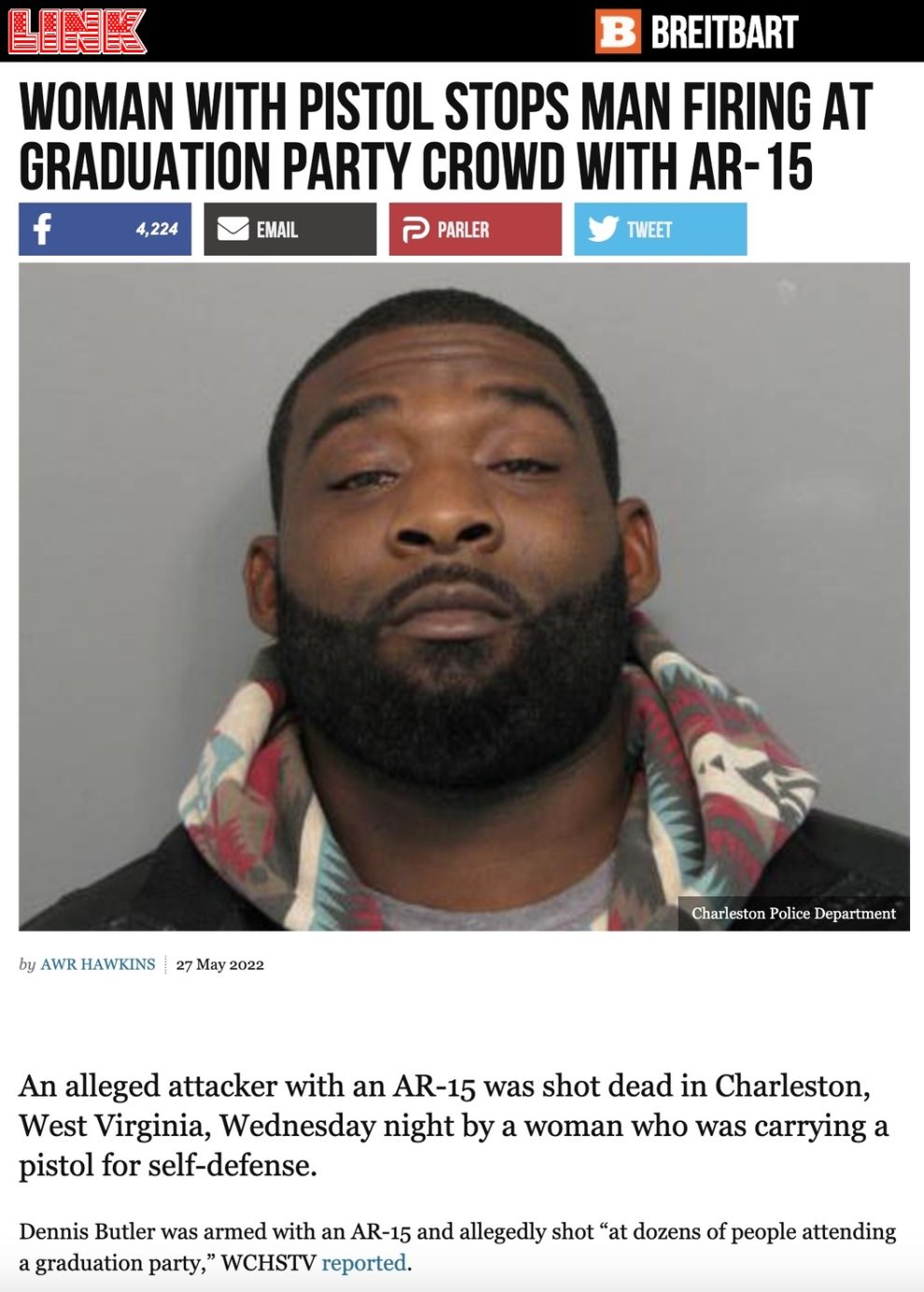 An alleged attacker with an AR-15 was shot dead in Charleston, West Virginia, Wednesday night by a woman who was carrying a pistol for self-defense.

Dennis Butler was armed with an AR-15 and allegedly shot “at dozens of people attending a graduation party,” WCHSTV reported.

Police indicate a woman pulled a pistol and shot Butler, killing him.

Charleston Police Department Chief of Detectives Tony Hazelett said, “Instead of running from the threat, she engaged with the threat and saved several lives last night.”

Butler was 37-years-old, the Washington Post noted. The woman who shot him dead waited afterward for police and was cooperative when they arrived.

None of the graduation party attendees were harmed.