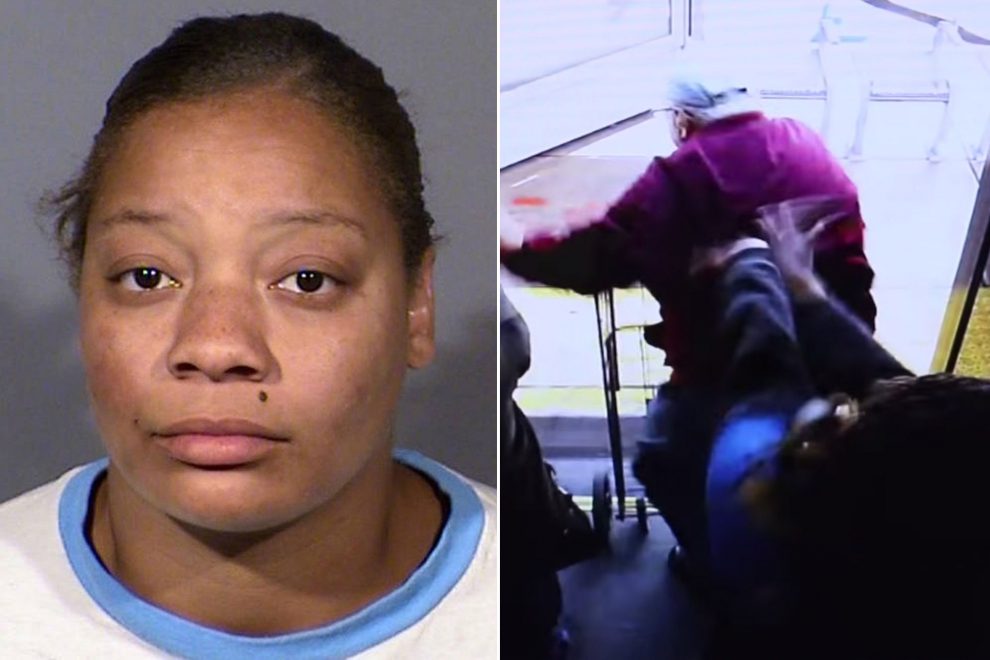 The woman charged with murder after police said she was caught on video pushing a 74-year-old man face-first off a bus in Las Vegas has been released on bail, court records show.

Cadesha Bishop, 25, of Las Vegas, was free Wednesday after posting $100,000 bond. She’s now on high-level electronic monitoring ahead of her preliminary hearing on May 23, the Las Vegas Review-Journal reports.

Police in Las Vegas released disturbing surveillance video Tuesday showing a woman pushing Serge Fournier, 74, with both hands down the front steps of a bus on March 21 after witnesses said he asked her to be nice to other passengers. Fournier died a month later from his injuries and a coroner ruled the death a homicide from complications of blunt force injuries, the newspaper reports.

Bishop, who was arrested on May 6, was accused of yelling and swearing at other passengers prior to shoving Fournier. Police said the elderly man landed on his head roughly 8 feet from the bus.

Bishop, who was riding the bus with her son at the time, walked away after the incident, investigators said.

Bishop could not be reached for comment early Wednesday and a public defense attorney representing her did not immediately return a message.

Court records cited by KLAS show that Bishop was previously convicted of domestic violence in 2012 and 2013. One of her neighbors told the station that the footage detectives say shows her pushing Fournier with both hands is hard to watch.

“It was heartbreaking — I cried,” the woman, Kia Lea, told the station. “Just to see not anybody helping in the video; he was just laying there all alone. It’s always sad when someone passes away, but to have them pass away in such a horrible manner, they need strength for that.”