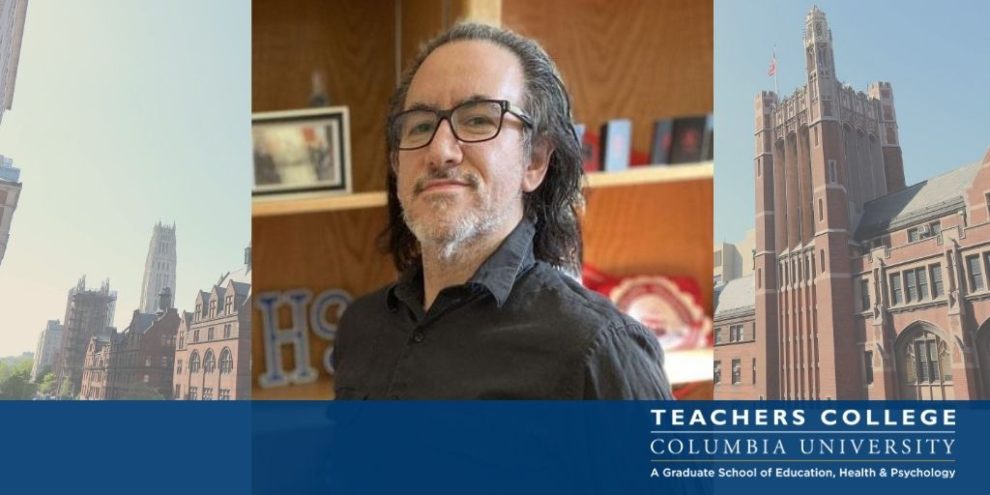 But while the school’s motto is, “Solve a problem. Change the World,’ in a viral video, Schneider appears to solve a problem by raising his fists to fight a student.

The Cahn Fellows Program provides the following bio for Schneider:

Brett Schneider was born and raised in the Bronx. They are a 4th generation NYC public school teacher. To serve New York City’s youth with integrity they pursued advanced training: a dual BA in English/American Literature and Dramatic Literature, Theater History, and the Cinema; a Masters in Social Work from NYU’s clinical program; a Masters and Doctorate in Learning Technologies and Leadership from Pepperdine University; and a Masters in Educational Administration from New York University. From being a member of the founding team to being a school leader at the Institute for Collaborative Education, Schneider anchored the success of one of NYC’s most successful 6-12th grade schools for 17 years. In 2013, they founded Bronx Collaborative High School, leading the school to its 2018 designation as a Showcase School for its work “Affirming Student Identities,” through principles of student choice, systems and structures for differentiation, and “mirrors and windows” cultural responsiveness.

A woke high school principal who preaches love, respect and “creative responses” to conflict was caught on video shoving a student outside his Bronx Collaborative HS – and putting his dukes up to brawl.

Brett Schneider was seen on the video posted to social media during an Oct. 24 fracas outside the Bedford Park school, pushing the teen and then raising his fists in a fighting stance. A school safety agent was standing nearby, but Schneider took matters into his own hands.

The NYPD confirmed that school safety agents called 911 about a fight that day and said no arrests were made.

Students told The Post that the incident followed a fight a day or two earlier between a boy and girl that resulted in the girl getting milk dumped on her. They said a relative of the girl’s came to the school to confront the boy and sucker-punched him.

And then the principal squared up,” one junior said. “He looked like he was a boxer. I was like ‘Wow, this is unbelievable.’”

Other students said it seemed as if Schneider was trying to defend the adult who hit the teen.

“That’s a grown man. So, as a grown man, why are you helping another grown man fight a kid?” one gobsmacked senior said. 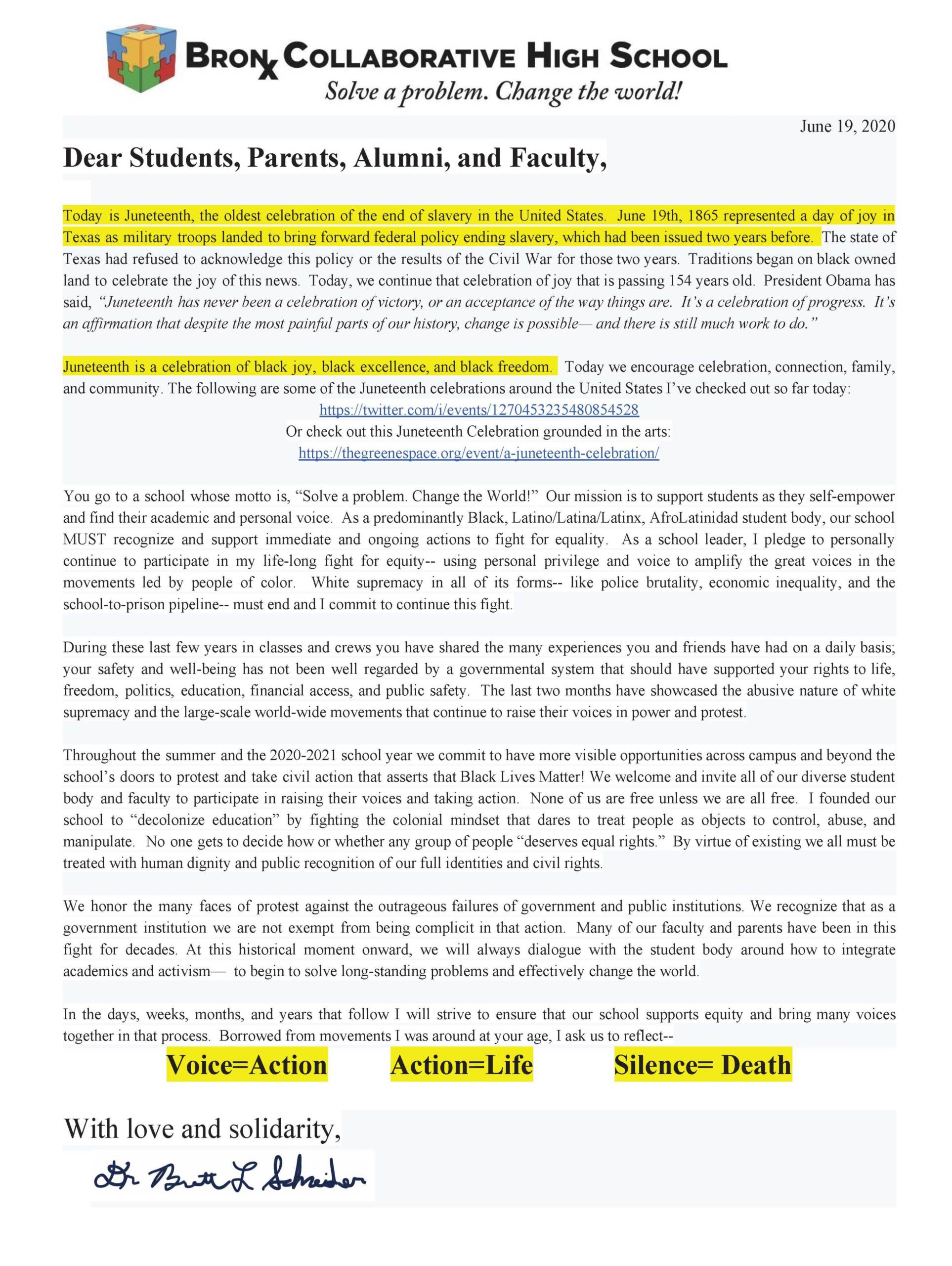