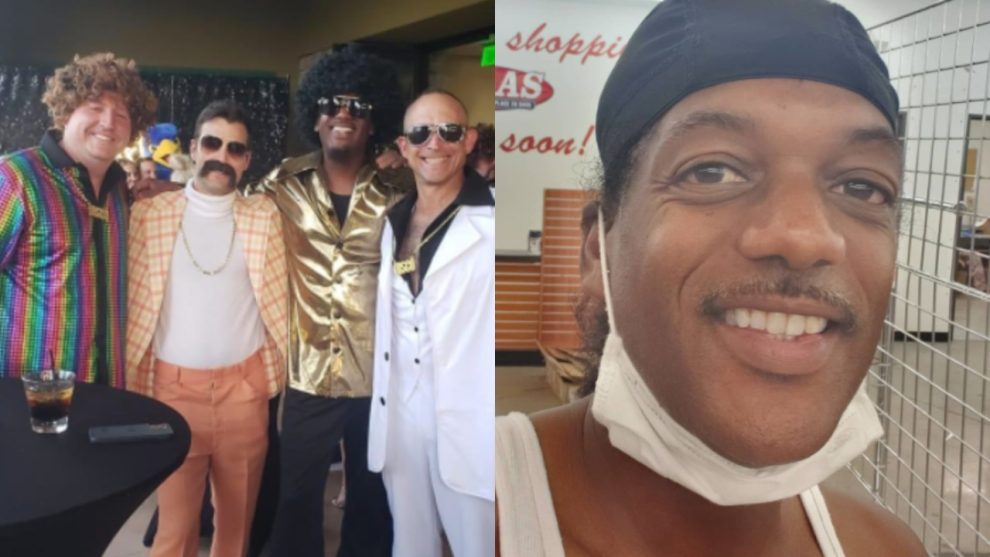 Two local diversity advocates in Arizona are taking heat after calling a school district racist for hiring a DJ to perform in blackface — but it turns out the DJ was black.

Both Rhoden and Lassen, who are involved in diversity work in the school district, slammed the school after seeing a picture of Hunter, only to later learn his race, according to the Arizona Daily Independent.

“The DJ that the Hopi PTA hire[d] was, in fact a Black man,” Hopi PTA president Megan Livengood wrote in response to Lassen in a message obtained by the outlet. “It is insulting that you feel myself or PTA condone racist behavior or encourage it by posting on social media.”

According to the Independent, Lassen, a librarian, responded by saying: “You are right, we should’ve reached out and inquired before making such accusations. I cannot fathom the hurt, anger and frustration you felt after you and others volunteered countless hours on your event. Again I truly apologize.”

But Rhoden, who is an instructor at Arizona State University, did not appear particularly apologetic and posted a side-by-side image of Hunter on Facebook to try to show that the DJ darkened his face even if he is black.

“Let me be clear, a black man, apparently in black face is an entirely different discussion than a White person,” he wrote on Facebook. “However… it seems at the very least he is in darker make-up if not ‘Black face’ or I am completely mistaken and it’s the lighting of the patio.”

Rhoden is a member of the district’s Equity and Inclusion Committee and Lassen is a co-chair of the Scottsdale Parent Council diversity, equity and inclusion committee.

According to Hunter’s Facebook Live, an organizer called someone he works with following the event and asked if he was black.

“Wait a minute, in their defense,” he said to his friend on the Facebook Live with him, “how many chips in the ice cream did you see?”

“They were probably thinking the same thing I am: Wow, there are no black people here,” he said, laughing.

Hunter then ridiculed the accusation that he was a black man doing blackface.

“Was I not Black enough? How black do I got to be for people to know that I’m an actual Black person,” he said.

Rhoden and the Scottsdale school district did not return requests for comment. Lassen could not be immediately reached.

See also  Republicans Have A Massive Turnout Advantage In 2022 Primaries So Far
→ What are your thoughts? ←
Scroll down to leave a comment: