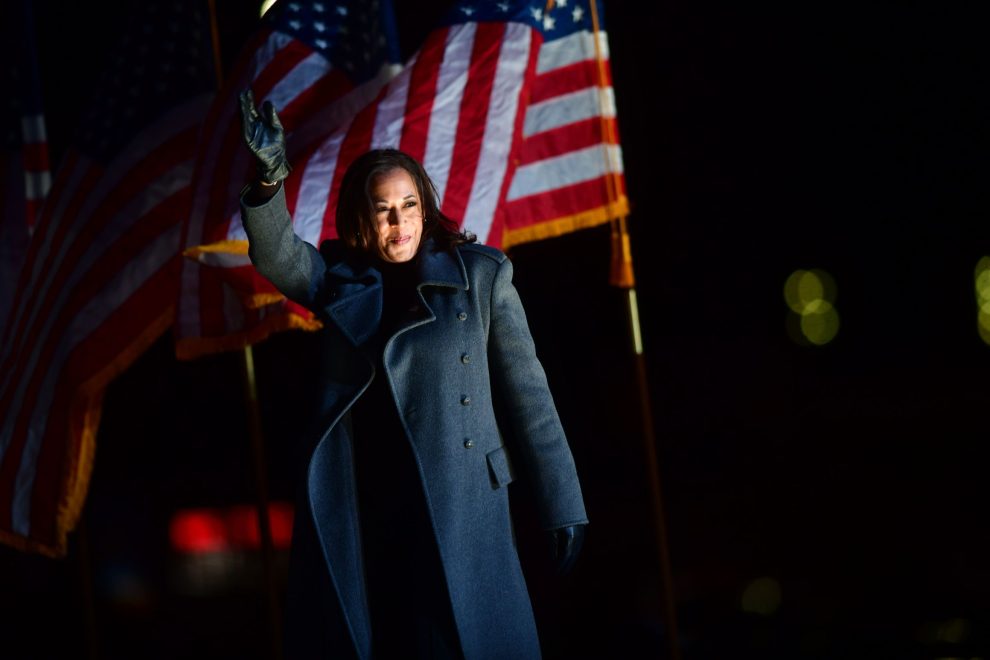 For the second time in almost as many days, Vice President Kamala Harris appeared confused as to whether or not the country of Ukraine is a part of NATO while touching on the Russia-Ukraine conflict during public remarks.

This was a rather glaring error to make the first time, when we consider that Ukraine’s relationship to NATO happens to be the primary contention Russian President Vladimir Putin had when he, you know, decided to invade Ukraine.

All the more so when White House staffers rather glaringly altered a transcript of her comments to cover up the flub.

Yet the fact that it happened a second time just days later, when at least someone in the administration had clearly noticed her mistake, confounds beyond description.

On Tuesday, Harris declared in a tweet that “The United States stands firmly with the Ukrainian people in defense of the NATO alliance” (emphasis mine).

Over the weekend, Harris uttered virtually the exact same statement while addressing the winter meeting of the Democratic National Committee, declaring: “So I will say what I know we all say, and I will say over and over again: The United States stands firmly with the Ukrainian people in defense of the NATO alliance.”

A White House transcript of her remarks, however, added a rather sly “[and]” in the middle of the sentence to suggest that perhaps Harris had just misspoke when quoted by the media.

“So I will say what I know we all say, and I will say over and over again: The United States stands firmly with the Ukrainian people [and] in defense of the NATO Alliance,” the transcript read (emphasis mine).

So someone whose job it is to run cover for such things noticed Harris’ statement was awry, but didn’t give Harris a heads up?

What’s more, the White House has been handling the PR response to this crisis for months and sent Harris off to Europe twice, yet in all this time no one sat her down to give her a quick run-down of the overall geopolitical themes involved or even, heck, which countries are in NATO?

Now for those of my readers not keeping track at home because you are not the sitting Vice President of the United States, a quick refresher:

Ukraine is not a NATO country, but its desire to be a NATO country was a rather significant bee in Putin’s bonnet for some time prior to the invasion, and the extent to which the U.S. can, should and may get involved in the conflict has exactly everything to do with the fact that Ukraine is very much not currently a NATO country.

Yet for some reason, not once, but twice, Harris has affirmed strongly, on behalf of the United States as a whole, that we stand with Ukraine in defense of the NATO alliance.

Are we expected to believe this is bald-faced ignorance, or some sort of weird, inexplicable psychological tactic?

Either way, it hardly seems to hold water; on Tuesday, Ukrainian President Volodymyr Zelenskyy himself, who has been adamantly urging the Western allies for more aid and military support which could easily, of course, drag all of NATO into the conflict which is exactly why NATO nations have been tightfisted with supplies, admitted that his country his country is unlikely to ever be part of the alliance itself.

“It is clear that Ukraine is not a member of NATO; we understand this. … For years we heard about the apparently open door, but have already also heard that we will not enter there, and these are truths and must be acknowledged,” Zelensky said during a speech to European leaders on Tuesday, the Washington Post reported.

So what was Harris saying, or thinking, by taking the time to sit down and tweet out the very same errant statement implying that Ukraine is part of NATO?

I can only wonder aloud since I’ve no other rational explanation.

It’s hard to believe that the vice president would make the same mistake twice, back to back — the second time down in writing — without stopping to catch herself from making the same error.

That is … unless she is seriously so foggy on the details of the crisis that she completely forgot for a second time that Ukraine is not part of NATO.

Whatever the case may be, honest, yet unbelievable mistake or downright inept ignorance, this is a terrible look for Vice President Kamala Harris, who has made history more for how terrible she is at doing her job than for being the first woman, person of color and woman of color to serve in her position.

Far more grievous than Harris’ political career, however, is how bad this looks for the United States as a whole, at a time when the perpetually confused, gaffe-prone President Joe Biden is already crafting a spectacularly humiliating appearance of general weakness on the world stage well enough on his own.

The United States, NATO nations, Ukraine and Russia, with China and Iran hovering on the outskirts, are staring down the barrel of WWIII, and the most significant nation among the bunch appears to be headed up by a tired elderly man and the ill-prepared woman he hired as his right-hand man because of her intersectional accolades alone.

And they say the mean tweets disgraced our nation?