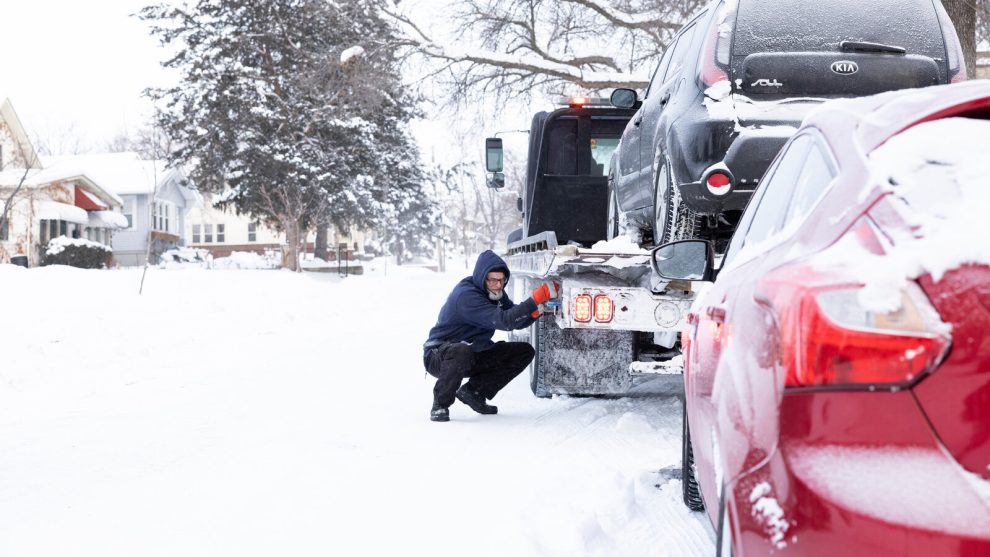 Millions of Americans woke on Christmas morning to confront damage from the frigid winter storm that has killed at least 18 people over the past 48-hours, forcing some inside their homes behind heaping snow drifts while denying power to hundreds of thousands of private residences and businesses.

AP reports the scope of the storm has been nearly unprecedented.

The weather event stretches from the Great Lakes near Canada to the Rio Grande along the border with Mexico.

Already an estimated 60 percent of the population faced some sort of winter weather advisory or warning, and temperatures plummeted drastically below normal from east of the Rocky Mountains to the Appalachians, the U.S. National Weather Service (NWS) said.

As Breitbart News reported, a lack of power is both hampering rescue efforts and limiting the response of households struggling to keep warm as temperatures plummet.

Over 1.5 million were without power on Christmas Eve due to a winter storm sweeping much of the country, according to PowerOutage. https://t.co/HYc6xVKmv8

Christmas travelers face problems of a different kind. Latest numbers show more than 2,360 domestic and international flights were canceled Saturday, according to the tracking site FlightAware.

Transportation Secretary Pete Buttigieg tweeted late Saturday that “the most extreme disruptions are behind us as airline and airport operations gradually recover.”

Those words of reassurance were offered to travelers stranded at airports including Atlanta, Chicago, Denver, Detroit and New York.

Forecasters said a bomb cyclone — when atmospheric pressure drops very quickly in a strong storm — had developed near the Great Lakes, stirring up blizzard conditions, including heavy winds and snow to drive the cataclysmic event.

The AP report sets out storm-related deaths were reported in recent days all over the country.

Four dead in an Ohio Turnpike pileup involving some 50 vehicles; four motorists killed in separate crashes in Missouri and Kansas; an Ohio utility worker electrocuted; a Vermont woman struck by a falling branch; an apparently homeless man found amid Colorado’s subzero temperatures; a woman who fell through Wisconsin river ice.

The winter storm sweeping the U.S. is making history, as Cincinnati/Northern Kentucky International Airport is recording its first blizzard in over four decades. https://t.co/v5UkLZCMwz

Montana is the worst hit by the cold, with temperatures dropping to -50F.

Near white-out conditions have been reported in Minnesota, Iowa, Wisconsin and Michigan. In the city of Buffalo, New York state, the NWS reported “zero mile” visibility.

In the Pacific Northwest, some residents ice-skated on frozen streets in Seattle and Portland.

AFP reports road ice and white-out conditions also led to the closure of some of the nation’s busiest transport routes, including the cross-country Interstate 70, parts of which were temporarily shut down in Colorado and Kansas.