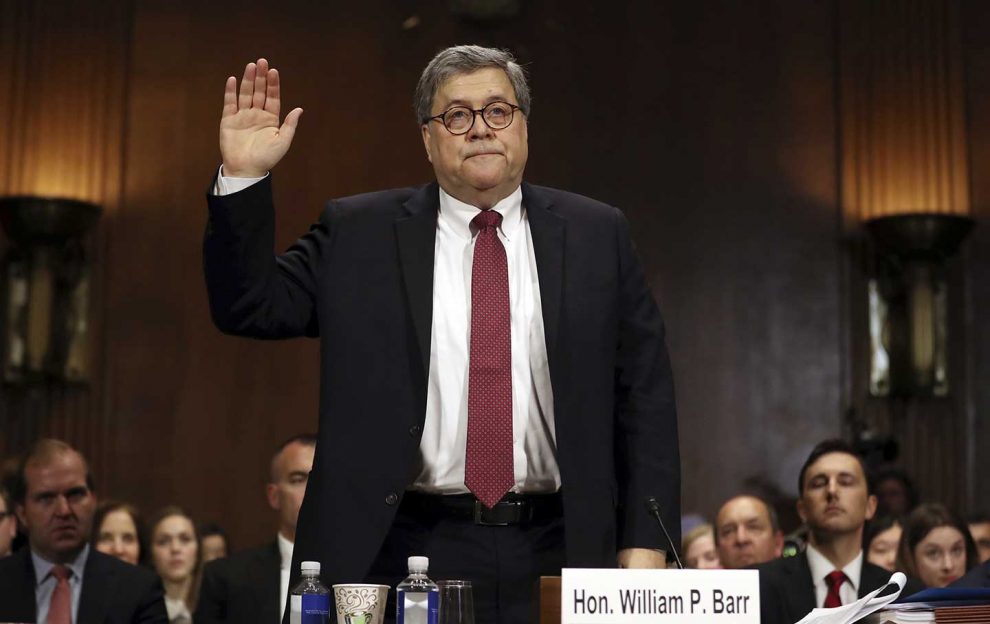 They smeared him, called him a liar and said he should resign. The same Senate Democrats on the Judiciary Committee who tried to assassinate the character of Judge Brett Kavanaugh last year pulled the same stunt on Bill Barr — with the same result.

They failed because, once again, they were throwing mud while shooting blanks.

Despite the Dems’ desperate efforts to derail Kavanaugh’s nomination with false accusations, he is now on the Supreme Court. Barr was obviously prepared for his mud bath and was unflappable in the face of Wednesday’s mean-spirited assault, proving himself to be a rock-solid attorney general.

As he said at his confirmation hearing, “I won’t be bullied,” and he wasn’t.

On one level, the hearing on the report of special counsel Robert Mueller was predictable in its partisan divide. Republicans wanted to emphasize Mueller’s findings that no American, including those in President Trump’s 2016 campaign, conspired with Russia to meddle and Barr’s determination that there had been no obstruction of justice.

Democrats, as expected, tried to cloud the conclusions by suggesting there was too much smoke in the president’s actions for there not to be fire somewhere. The best hope they had was a letter from Mueller telling Barr he was unhappy with the AG’s initial four-page letter on the report’s conclusions, saying it “did not fully capture” the scope of the entire 450-page report.

Barr called the letter a “bit snitty,” and countered the criticism by saying he had moved quickly to release the entire report, minus minimal redactions, and the whole world could see what Mueller had found — and didn’t find.

It was a legitimate, if thin, line of questioning, but Dems didn’t like the answer and lost it again. Obviously frustrated that their main talking point for the entire Trump presidency has come up empty, they savaged Barr and accused him of covering up for a corrupt ­president.

It was politics at its most dishonest as they tried to argue that up is down and black is white. Barr was mostly stoic, but allowed himself a brief moment to brilliantly summarize the outlandish effort to twist reality.

“How did we get to the point where the evidence is now that the president was falsely accused of colluding with the Russians, accused of being treasonous and accused of being a Russian agent, and the evidence now is that that was without a basis?” he asked. “And two years of his administration have been dominated by allegations that have now been proven false. But to listen to some of the rhetoric, you would think the Mueller report had found the opposite.”

No better, more concise statement has been made about the bankrupt nature of the Democratic Party and its leaders. They bet everything on Mueller validating their Big Lie of Russia, Russia, Russia, and now they have nothing.

Their threats of impeachment are hollow and their resistance movement is breaking into factions about how much socialism they should offer to voters in 2020.

Party voters should direct their fury at leaders who led them to this bitter dead end.

The nation will soon forget the bad political theater, especially with another development moving toward center stage as Barr promised again to investigate the conduct of law enforcement and the intelligence agencies during and after the 2016 campaign, including the massive numbers of leaks.

At one point, he talked of possible “overreach” by top officials, then added: “But what we have to be concerned about is a few people at the top getting into their heads that they know better than the American people.”

At another point, he said, “We have to stop using the criminal justice process as a political weapon.”

The references are unmistakable and the strongest sign yet that Barr suspects wrongdoing in very high places. It’s also a sign that the worm is turning.

Dems got the special counsel investigation they demanded and were able to play offense against Trump since 2016. Now the focus shifts to the other side of the story — the plot to steal the election and then undermine a duly elected president.

Finally, we are getting to the history that matters most.