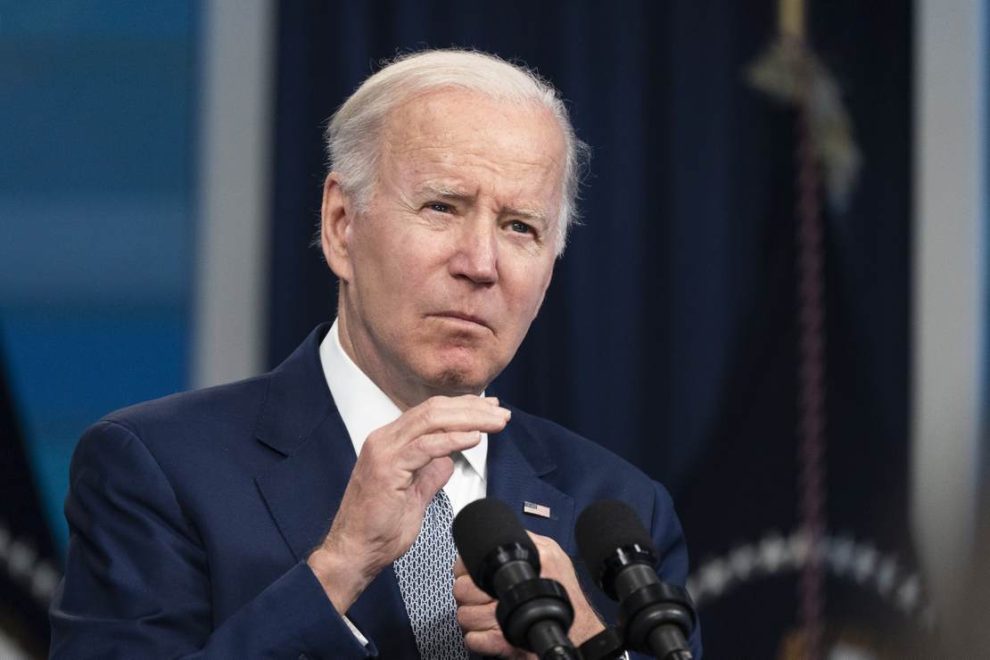 Some pollsters believe that Joe Biden will actually get a bounce in his approval numbers because of the Supreme Court’s Dobbs decision.

We won’t know for sure for at least three days, as the Daily Tracking Polls from major pollsters use a three-day average to determine Biden’s approval ratings.

In this case, Biden must be busy crafting a thank you note to the Supreme Court majority for overturning Roe vs. Wade, which has been the law of the land since 1973. The president, who has been mired in approval ratings of just under 40% and reads daily about how his party will get trounced in the November elections, is now possibly looking at a whole new political map.

Liberals, young women, suburban women, and poor women, all of whom had been cool toward him and questioning why they should even vote, are now taking to the streets, to social media, and even taking time off to protest. There is an enthusiasm among these groups that wasn’t there before this week.

At the same time, a bipartisan Congress passed the first real gun control legislation in 30 years, and the president will sign it as soon as the staff can find enough pens.

There’s no doubt that some women have been riled up by Dobbs. There is also no doubt that no matter how they feel about abortion, it won’t change their vote. Only 15% of voters see abortion as a major issue for the midterm.

Yes, abortion is very important to a tiny portion of the electorate. They were almost certainly already Biden supporters and Democrats. As far as helping Democrats to turn out their supporters, Dobbs may goose turnout in some blue states, but it won’t make a difference in any close races.

Jed Babbin brings Biden supporters back to reality — if they want to be there.

Meanwhile, the Biden recession is all but officially declared. Runaway inflation and the $5 per gallon price of gasoline aren’t half of it. Biden is apparently happy with the surge in gasoline prices. He said, “We have a chance to make a fundamental turn toward renewable energy, electric vehicles, and not just electric vehicles but across the board.” Supplies of baby formula remain scarce. Peanut butter, tampons, and hot pepper sauce are high on the list of things we’re running out of. And Biden is doing nothing about these and other worsening problems.

Most Americans don’t sit on the edge of their seats, waiting for the Supreme Court to deny them the opportunity to abort their child. They’re too busy trying to get by in Biden’s economy.

Biden’s proposed three-month federal gasoline tax holiday was unpopular among congressional Democrats because they hate any reduction in taxes. It won’t do consumers any good because the tax isn’t imposed at the point of sale. If it trickles down to consumers at all, the tax holiday’s effect won’t be noticeable. How about increasing production? Nah, he’d rather send people credit cards to use for gas. That would only increase inflation, but Biden wants to do it.

One thing the left has never understood about voters is that they are not radicals. And they don’t like radicals from either side very much.

This is why so many leftists want ordinary people to sit down, shut up, and do as they’re told. You’re not smart enough to know what’s in your best interest. You must be instructed in how to think, what to believe, and how to feel about an issue.

And on abortion, you must support a woman’s right to choose in all circumstances.

We’re still almost five months from midterm election day. Even if Dobbs gives Biden a boost in his approval ratings, all those other catastrophes he’s caused will come back to bite him, and his ratings are likely to be lower in November than they are now.