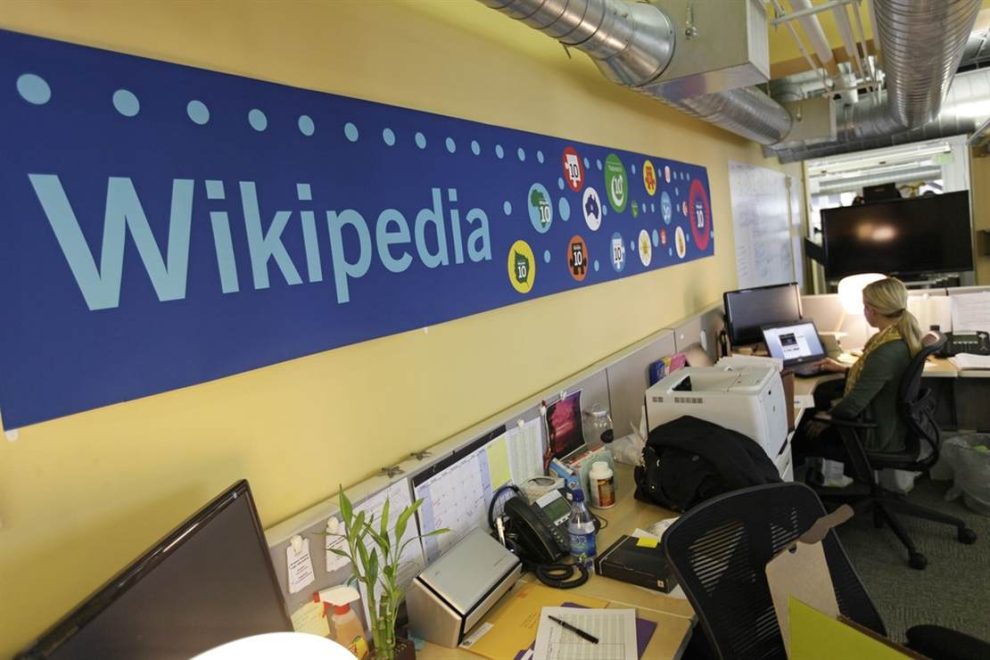 A couple of years back, a conservative friend told me that he sent a check to support Wikipedia every month. Why, I asked him, would you support a site that engages in anti-conservative smears and left-wing bias, and suppresses conservative views?

His was a common mistake. When Wikipedia was founded, it was based on open-source principles (though it was never technically an open-source project). Basically, anyone who had access to the internet could go in and add to or edit articles. The idea was to crowdsource the vast knowledge in the universe to come up with accurate articles that could be used by anyone anywhere, free of charge. It was a great idea in theory, but it hasn’t panned out that way. In recent years it has devolved into left-wing tyranny by moderators who have an agenda, many of whom apparently have an ax to grind.

Wikipedia is written from a neutral point of view

We strive for articles in an impartial tone that document and explain major points of view, giving due weight for their prominence. We avoid advocacy, and we characterize information and issues rather than debate them. In some areas there may be just one well-recognized point of view; in others, we describe multiple points of view, presenting each accurately and in context rather than as “the truth” or “the best view”. All articles must strive for verifiable accuracy, citing reliable, authoritative sources, especially when the topic is controversial or is about a living person. Editors’ personal experiences, interpretations, or opinions do not belong on Wikipedia.

That garbled postmodern mush-mouth word salad has no substantive meaning. Under these guidelines, any article can be manipulated or spun to say anything and everything, or nothing at all.

The truth is, conservative points of view are treated differently on Wikipedia than liberal opinions are. For example, Wikipedia opines on abortion:

When properly done, abortion is one of the safest procedures in medicine,[5]: 1 [6] but unsafe abortion is a major cause of maternal death, especially in the developing world,[7] while making safe abortion legal and accessible reduces maternal deaths.[8][9] It is safer than childbirth, which has a 14 times higher risk of death in the United States.[10]

Foes of abortion would never agree to such characterizations. Abortion is the intentional taking of human life, the murder of an innocent child. But to the Wikipedia editors who control the debate, it’s “one of the safest procedures in medicine … safer than childbirth.” Safer for whom? Certainly not the babies who end up dead and disposed of in a medical waste bag. The article spills more words on the topic of “anti-abortion violence” than it does on the legitimate opposition to abortion and largely parrots the talking points of Planned Parenthood. So much for neutrality.

In addition to biased reporting on controversial topics, articles about conservative media sources are singled out for fact-checks while left-wing sites are not. For example, PJ Media’s Wikipedia page consists mostly of a list of alleged “false claims” based on “fact” checks by left-wing activists who disagree with our views on issues like climate change, election integrity, and radical Islam. The silliest item on the list is an article I wrote several years ago describing my experience searching Google for stories about President Trump and finding that it was biased toward left-wing news sites. I was very clear in the article to say that my report was anecdotal rather than scientific, a fact that the Wikipedia activist and even the fact-checkers acknowledged, yet there it is in the list of “false claims” because “fact-checkers at PolitiFact rated it false.” [Side note: If you are a savvy Wikipedia user who knows how to get around the biased mods and you have some free time on your hands, maybe you can do us a solid and get our page straightened out?]

Daily Kos (You see where this is going)

Wikipedia also downplays major controversies that reflect poorly on the left. Here’s Wikipedia’s sole sentence about Disney promoting the grooming of young children with sex talk in schools, complete with the lie about the Florida Parental Rights in Education bill being called the “Don’t Say Gay” bill:

Through February and March 2022, Disney’s response to a Florida bill prohibiting discussion in schools about gender and sexual identity (HB 1557, known as the “Don’t Say Gay” bill) led to controversy over the company’s lack of condemnation and previous restrictions on LGBT content, eventually leading to a rare walkout by employees.[113]

The “controversy,” according to Wikipedia, had nothing to do with outraged parents wanting to protect their children. Rather it was over crybaby Disney employees demanding that teachers be allowed to talk about sexually explicit topics to kindergarteners.

Larry Sanger, one of the cofounders of Wikipedia, told Fox News’ Tucker Carlson that the site is definitely not neutral. “There isn’t an open system anymore and therefore, the kinds of people that are allowed to have any influence on Wikipedia have been narrowed down greatly to essentially people who agree with the establishment left.”

Yet millions of people go to Wikipedia every month believing it’s a source for unbiased information, unfiltered by the gatekeepers. Nothing could be further from the truth.

“The left, frankly, is relentless when it comes to stating their point of view and using the organs of mass media — and Wikipedia is part of their mass media, I think — to shape the world,” Sanger added. “And so it became another one of the institutions that they had to capture.”

If you’ve been sending money to Wikipedia, it’s time to reevaluate supporting a system that suppresses the truth and slanders conservative media. We’re David over here, trying to fight the giants in the left-wing media and big-tech censors who VASTLY outnumber us and have a virtually unlimited supply of money. You can help us level the playing field by becoming a VIP member today. You’ll get access to members-only premium PJ Media content, including columns and podcasts. For the price of a couple of those fancy, pretentious beverages at that left-wing coffee chain, you can become a VIP Gold member and enjoy access to premium content at all of our Townhall Media sites, including PJ Media, Townhall, RedState, Twitchy, HotAir, and Bearing Arms. You’ll be able to participate in the popular VIP Gold live chats with VodkaPundit and Stephen Kruiser, as well as other personalities in the Townhall Media family. You’ll also be joining an engaged, intelligent community of freedom-loving patriots in the members-only comments section. Use the promo code STOPTHELIES for a 40% discount — the largest we’ve ever offered. This is a limited-time offer, so don’t delay.