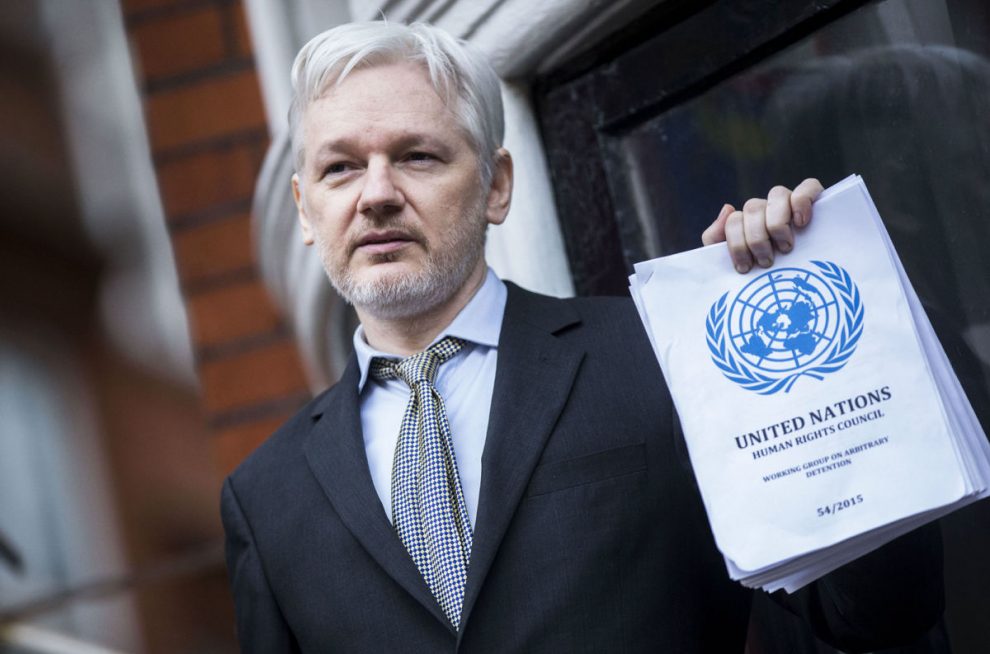 A Twitter account for WikiLeaks, the document trove website founded by Julian Assange, said Thursday that Assange will be ousted from his sanctuary at the Ecuadorian Embassy in London within “hours to days.”

The website tweeted Thursday claiming that a senior source with Ecuador’s State Department had informed WikiLeaks that Assange would be removed from the embassy and subject to arrest by British authorities.

“BREAKING: A high level source within the Ecuadorian state has told @WikiLeaks that Julian Assange will be expelled within ‘hours to days’ using the #INAPapers offshore scandal as a pretext–and that it already has an agreement with the UK for his arrest,” WikiLeaks tweeted from its verified account.

BREAKING: A high level source within the Ecuadorian state has told @WikiLeaks that Julian Assange will be expelled within "hours to days" using the #INAPapers offshore scandal as a pretext–and that it already has an agreement with the UK for his arrest.https://t.co/adnJph79wq

In a blog post on the organization’s legal defense fund website,WikiLeaks claimed that the move was an attempt by Ecuadorian President Lenín Moreno to cover up activities related to his use of an offshore tax haven created by his brother.

“The leak has sparked a congressional investigation into President Moreno for corruption. Moreno can’t be summoned for a criminal probe while he remains president. He is currently being investigated and risks impeachment,” the blog post read.

Assange’s lawyer said this week, according to the blog post, that the former editor had nothing to do with the leak of the so-called INA Papers, which triggered the investigation.

“Remember that WikiLeaks has an internal organization and Mr. Assange is no longer in the editor,” the lawyer reportedly said.

Assange has come under scrutiny for publishing hacked emails from former Democratic presidential nominee Hillary Clinton‘s campaign and the Democratic National Committee (DNC) during the 2016 election. He has dismissed scrutiny by stating that he acted as other journalists have when they decide to make confidential documents public.

Assange faces charges filed last year under seal in the U.S., and has been battling attempts by the Trump administration to extradite him to the U.S.