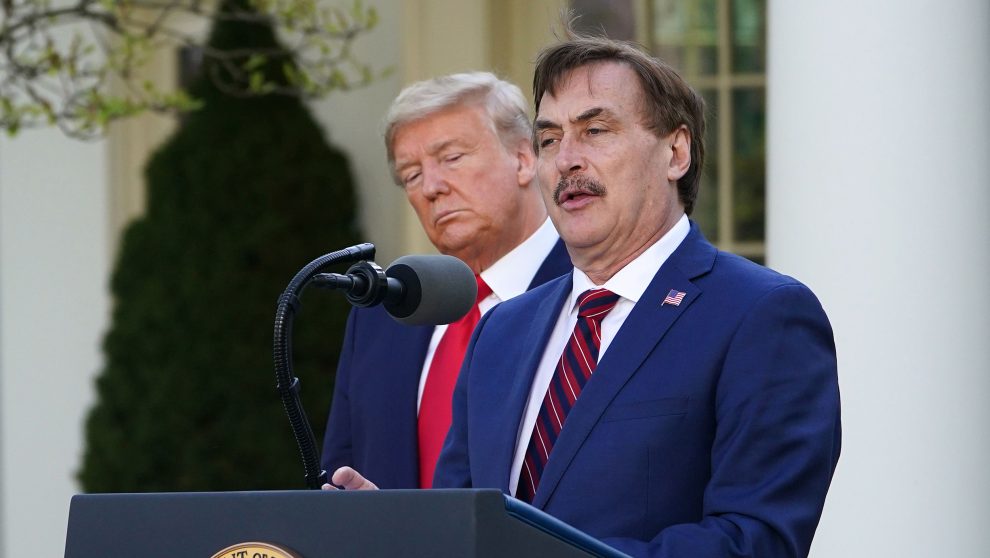 You may know him as the hyper, slightly-goofy pillow pitchman from TV who can regularly be found on Fox News hawking his MyPillow product along with Giza Dream sheets, slippers, and more. You might have even seen him on a poster in Bed Bath & Beyond or Walmart before they predictably—in the woke corporate age—dropped him from their lineups.

Full disclosure: I own a MyPillow; I bought one long before I had any inkling of Lindell’s political leanings. I was just looking for a better way to sleep, and guess what? It delivered: now I can’t sleep without it.

Things took a sinister turn Tuesday, as Nick Arama reported: Lindell was tracked down by FBI agents, corralled at a Hardee’s of all places, served a subpoena, and ordered to turn over his cell phone. What in the heck is going on here? Is Pillow Guy secretly a violent white nationalist, a Russian spy spewing disinformation, an international arms dealer, what?

Independent journalist Emerald Robinson obtained a copy of the subpoena: 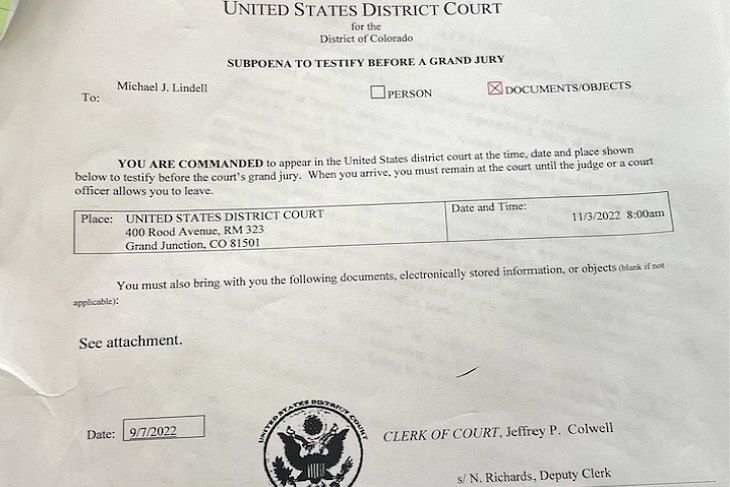 The Justice Department is seeking information about at least seven people in connection with a breach of a Colorado county’s voting system as part of efforts to subvert the 2020 election results, according to subpoena documents obtained by CNN that reveal new details about the breadth of the investigation.

Well, this certainly sounds like a case worthy of the full weight of the FBI, and it seems entirely justified that armed agents were needed to ambush Lindell at a fast-food restaurant. Not.

Lindell says his employees and their families are stressed out about the company going under and losing their jobs because of his activities, which has cost his company millions. He blames the media. pic.twitter.com/wqkdjU58FP

It’s impossible to give Merrick Garland’s Department of Justice even the slightest benefit of the doubt in this day and age, as they have subpoenaed virtually half the free world and raided former President Donald Trump’s Mar-a-Lago estate on a seemingly endless fishing expedition. Pillow Guy’s story is equally murky; there are a lot of suspicions and dark insinuations thrown about by the FBI, but little in the way of facts that make you go, “oh man! Lindell really crossed the line on that one!” Without boring the heck out of you, I’ll try to sum it up quickly:

Lindell has been an outspoken critic of the 2020 presidential election and has regularly said he believes the outcome was fraudulent. This would appear to be his worst crime. But did he breach voting data machines?

The subpoena issued to MyPillow CEO Mike Lindell earlier this week lists the names of people considered “subjects” in the investigation – including people involved in efforts to seize voting machine data in several states as former President Donald Trump and his allies tried to overturn his electoral loss. Lindell has not been charged with any crimes or wrongdoing.
[Emphasis mine.]

Take Friday’s nasty hit piece by Washington Post columnist Dana Milbank. The author spends barely a sentence describing the alleged crime: “The feds seized the phone in a probe into Trump allies’ breach of voting machines in Colorado, which state authorities are also investigating.” The entire remainder of the article is a snarky, mean-spirited assault on the man’s character, with many a “humorous” pillow pun thrown in. Here’s a sentence of this bile:

There is something exquisite about a former professional gambler, recovering crack cocaine addict, showy evangelical (Lindell often wears a cross outside his collar, like an amulet) and pillow kingpin organizing the undoing of democracy.

Milbank doesn’t like his style, so Lindell should be thrown in jail?

Perhaps Lindell did breach voting systems in defiance of the law, and if so, he should pay the price. But the Department of Justice, by its own actions, has lost all credibility and it’s almost impossible at this point not to impute a more sinister motive behind every one of its ham-handed moves.

Will Lindell’s be another case where a Trump associate is never charged with anything, and the DOJ eventually slinks away after ruining someone else’s life?