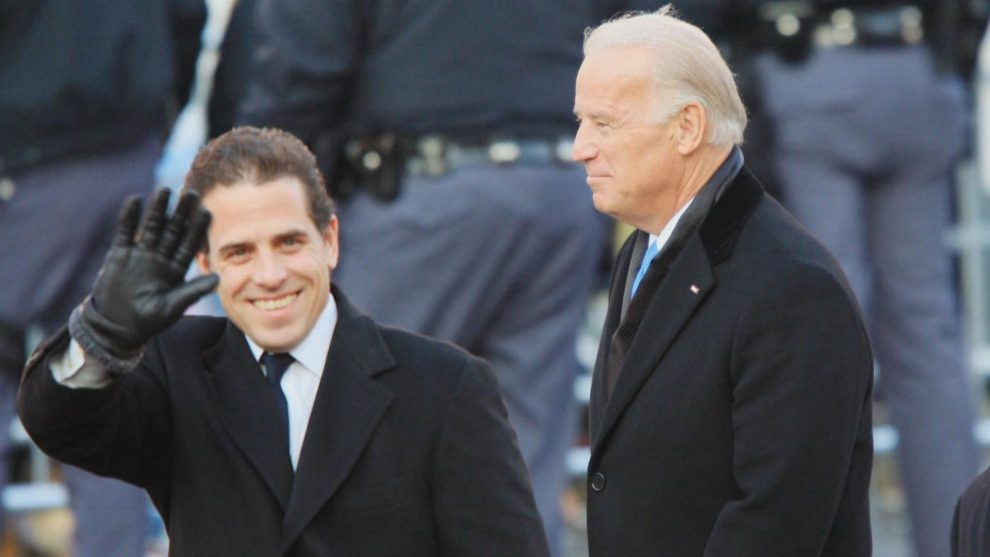 After stories of Hunter Biden, his laptop from hell, and his massive web of shady dealings were ignored until Old Joe Biden was safely installed as pseudo-president of the United States and long after that as well, suddenly the Hunter Biden stories are everywhere. And so it must be asked: why now? Why has the establishment media, which has long been definitively established as a propaganda arm of the Democrat Party, suddenly decided that Hunter Biden actually exists after all, and is a very, very big problem?

From the headlines we’re seeing these days, it’s as if Steve Bannon has taken over all the major media outlets. The New York Times started the ball rolling with a March 16 story in which the Gray Lady actually admitted the existence of Hunter’s laptop. That just opened the floodgates: “Inside Hunter Biden’s multimillion-dollar deals with a Chinese energy company,” was an actual Washington Post headline Wednesday. On the same day, Hunter’s dirty dealings made CBS News and, of all places, MSNBC.

Even CNN, also on Wednesday, dropped its pom-poms and stopped cheerleading for Old Joe long enough to feature a report saying that Hunter faces a “very real, very substantial investigation of potentially serious federal crimes…There is a realistic chance this could result in federal charges.” The Hill thought that CNN’s report was serious enough to warrant a story of its own, which stated that “Hunter Biden’s history of drug use and relationships in the international business world have been the subject of scorn among Republicans and critics of his father for years” and made no attempt to claim that this was just right-wing smear-mongering and that Hunter was as pure as the driven snow.

So why have the Left’s various propaganda arms suddenly decided that Americans need to know all about what Hunter Biden has been up to? When the Washington Post, CBS, MSNBC, and CNN all run with a story on the same day that they’ve been steadfastly stonewalling, it’s not just reasonable, but necessary, to question the timing.

Could the sudden spate of Hunter Biden stories have anything to do with The Big Guy’s disastrous, gaffe-filled trip to Poland, where he almost started World War III several times with his ham-fisted misstatements, forcing the White House Cleanup After Joe Office to go on 24-hour alert? Biden’s handlers had to walk back Joe’s declaration that Vladimir Putin “cannot remain in power” and his telling American troops what they would see when they got to Ukraine, and his claim (which he offered to clarify his statement about the troops) that American troops were training Ukrainian troops in Poland.

There has been speculation ever since Biden began pretending to be president that eventually he would resign or the 25th Amendment would be invoked and America would have its first inappropriately cackling president. Kamala Harris’ abysmal performance in one of the easiest jobs in the entire world, that of vice president of the United States, may have extended Old Joe’s tenure, but it may be that after his numerous appalling missteps in Poland, the jig is up.

Certainly, if Hunter Biden were investigated as he should be, Joe Biden could be caught in the crossfire. As legal analyst Elie Honig said on CNN Wednesday, “There is a realistic chance this could result in federal charges” for Hunter. “Of course, then we’d be in unprecedented political territory — not legal territory but a situation of having potentially the Department of Justice prosecuting and trying to imprison the son of the president.” The Hill noted that “The Justice Department is reportedly continuing to look into potential illegal lobbying allegations against a consulting firm tied to Ukrainian energy company Burisma, on whose board Hunter Biden once sat.”

Those lobbying allegations could lead straight to Joe Biden, or as Joe was called in connection with Hunter’s dealings with a Chinese company, “The Big Guy,” for whom Hunter was holding 10% of the take.

It has become obvious in recent years that America has a two-tier justice system, with Democrats and Leftists walking or getting light penalties (think Hillary Clinton and Jussie Smollett) for serious offenses, while law enforcement authorities go on fishing expeditions to find something, anything, they can hang on Donald Trump or other dissenters from the Leftist agenda.

Hunter Biden has escaped prosecution thus far because he is one of the Leftist elite. But if The Big Guy has outlived his usefulness to whoever the people are who are running him and telling him whom to call on at press conferences and the rest, Hunter might be in for a fall. Then Leftists can point to his prosecution to claim that their America still offers equal justice for all. The disaster that is Hunter could end up being a useful propaganda chip.