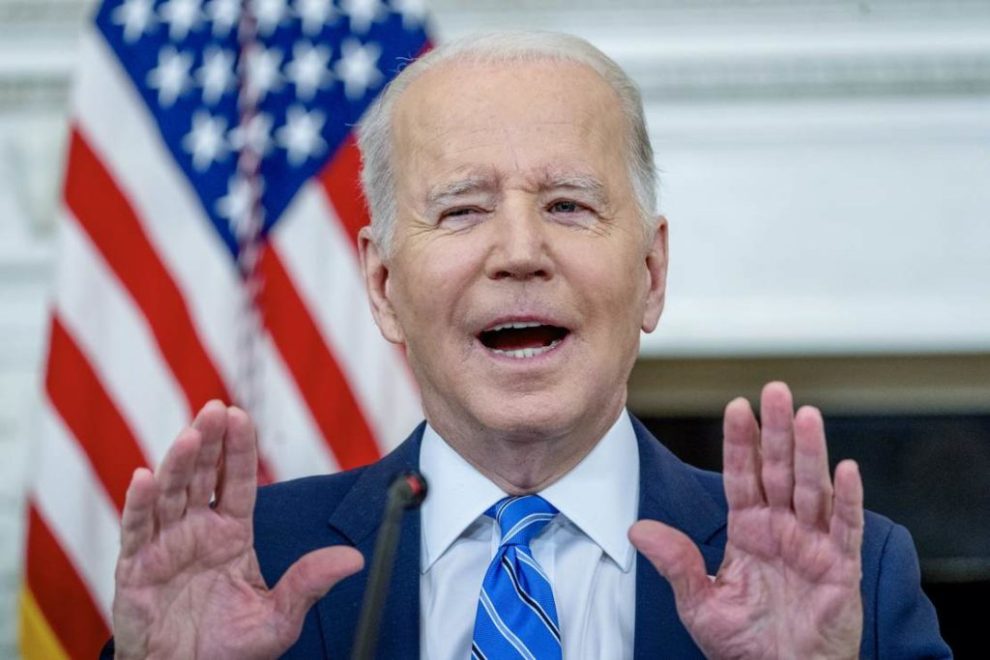 Bless CNN’s heart. What was once the most trusted name in news has blinded itself to the reality that a rapidly increasing number of people have fallen out of love with Joe Biden.

There’s probably a staffer in a corner at CNN’s headquarters rocking back and forth, whispering to himself, “It’s a messaging problem.” And that delusion is beginning to show in CNN’s coverage of the president and his team.

Earlier this week, Edward-Isaac Dovere published a piece at CNN.com with the laughable headline “Beneath Biden’s struggle to break through is a deeper dysfunction among White House aides.” The article is full of hand-wringing analysis that members of Biden’s team are blaming each other for failures (probably true); that Biden is struggling with the disconnect between a tough, serious president and a jovial, back-slapping ice cream lover (also probably true); and that the president is the product of an older media age who is more concerned with newspaper coverage than Twitter and Instagram (certainly true).

“Aides regularly talk about how little traction they’re getting from one-off Biden appearances or events and then — whether on inflation, the baby formula shortage or mass shootings or the other crises landing on Biden’s desk — he’s often left looking like he’s in a reactive crouch on the issues that matter most to voters rather than setting the agenda,” Dovere writes. “Sometimes clipped moments from those speeches that the White House puts out on social media generate huge traffic but, at least as often, moments from the President appearing to be caught off-guard go viral on their own.”

There’s even more deflection of what the real issues plaguing the Biden administration are.

“Biden aides cite a range of other factors — a political press corps still hooked on Trump-style melodrama, a news environment dominated by Ukraine and pandemic, a Secret Service buffer that limits what Biden can do, lingering anxiety that he’ll catch Covid-19 and possibly become really sick,” Dovere points out.

Those may be legitimate concerns in the minds of Biden, his handlers, and his hangers-on (although if he’s worried about the Secret Service limiting what he can do, he shouldn’t have run for president), but Dovere and everyone he spoke to for his article are looking past the most glaring issues of why Biden is “struggling to break through.”

Where do I begin? For starters, let’s talk about how Biden has spit in the face of his supposed reputation as a unifier. From telling black voters during the campaign that they “ain’t black” if they vote for someone other than him to promising a “winter of severe illness and death” for those who choose to exercise their freedom not to get an experimental vaccine, Biden has otherized anyone who doesn’t line up with the left’s narrative.

Biden also has a terrible habit of blaming others for problems his administration has caused. He blamed the rise in gas prices on Vladimir Putin’s invasion of Ukraine as well as on Americans’ unwillingness to buy expensive electric vehicles rather than owning up to what his administration’s policies have done to the price of gas.

And then there’s inflation. Remember how it was transitory? Then that turned out not to be the case. Biden blamed corporate greed and even his own administration, yet he and his team have shown little concern for the plight of American families — unless you count that 16 cents you saved on your cookout last Independence Day.

There’s so much more. From refusing to condemn protests at the homes of Supreme Court justices to expressing support for allowing children to undergo radical sex-change processes to taking a strong pro-gun control stance, Biden and his team have consistently alienated large swaths of the American populace. You name the issue, and you can be sure that Biden has gone to the far left on it.

The lament about traditional media and social media coverage — in spite of the near-unanimous support for the administration from legacy media and Big Tech — won’t matter in the long run. All the hand-wringing over seriousness versus joviality won’t make a difference. And all the discussion of staff disunity in the White House won’t change a thing. The real problem with the team in power is the disconnect between the Biden administration and much of the American people on matters of policy. And we can count on CNN to ignore that issue.