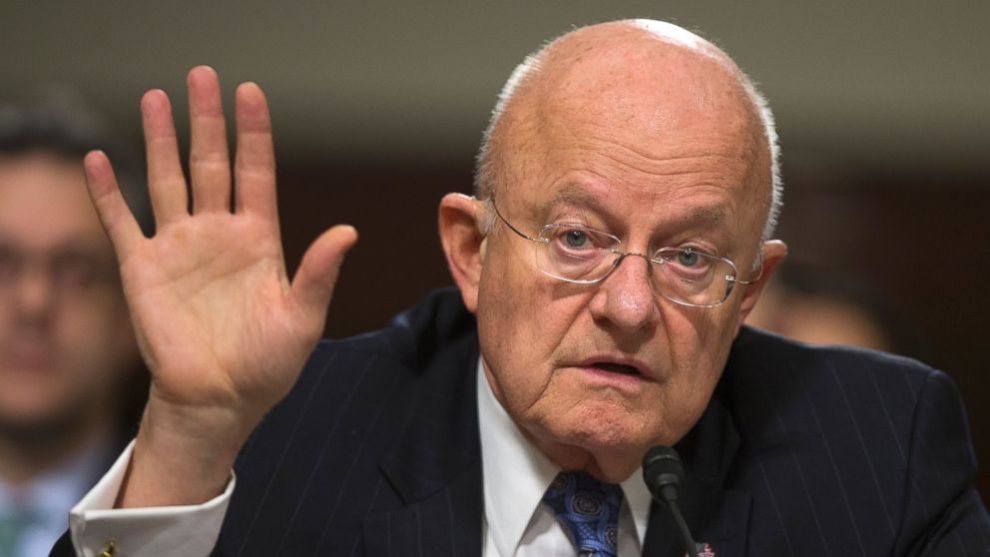 In the liturgy that has been the total failure of our National Intelligence Apparatus, no character has been more prominent than James Clapper. The former Director of National Intelligence, and now CNN Talking-Head, has been perpetually wrong about the vast majority of his predictions or statements regarding intelligence matters, even to damaging others by his actions.

On March 5th, Clapper was on CNN performing his regular duties as a “far-left conspiracy theorist,” suggesting that Vladimir Putin was no better than Adolf Hitler.

“It’s always a mystery to us. And all we really have to go on, at least for me, is his behavior and statements, his demeanor, and what he is causing to happen. I think that really gives a real insight into his character and for me, he’s a 21st Century Hitler.”

Yet, CNN host Jim Acosta didn’t challenge Clapper on his statements, or on the fact that a great deal of the aggression of Putin was seen under Clapper’s time in intelligence. Instead, Acosta played stooge to Clapper’s ignoring the fact that Putin has always been the person he has been, and that a large part of his aggression took place during the Obama Administration.

Clapper’s statements, limited in context only to the current conflict in Ukraine, attempt to circumvent Putin’s history in the region. In 1999, Putin ordered his forces into Chechnya to restore Russian control of the then-independent region. In 2008, Putin’s forces entered the South Ossetia portion of Georgia, taking and holding control. In 2009, incursions into Crimea in Ukraine had begun, leading to the region’s annexation in 2014. Clapper’s statements nearly echo the statements made by Western leaders about Adolf Hitler circa 1941.

The point is that Clapper has been in the room for the discussion for more than 20 years about Putin’s brutalities. The actions taken within Chechnya alone read like a liturgy of human rights violations. Where was Clapper during the dozens of incursions into Ukraine during the Obama Administration? Where was he when they took South Ossetia? Where was the talk of him being as bad as Adolf Hitler then?

Hitler himself didn’t — overnight — reveal himself as an aggressionist. If you look at the parallels that exist between Hitler and Putin, you’ll see a pattern. Hitler ignored and violated numerous treaties and peace agreements in the years leading up to World War II, as Putin has done with violating the Non-Proliferation Treaty, and other offenses and violations of human-rights agreements. Hitler annexed Austria in 1938, annexed portions of Czechoslovakia in 1938, and invaded Poland in 1939, all while European powers attempted to avoid war under all circumstances. Meanwhile, Putin has had a record of violating the sovereignty of various surrounding countries for more than a decade.

To heed Clapper’s statements regarding Putin in our current time would be no different than taking advice on Nazi Germany from Neville Chamberlain about 1943. Clapper and his bosses have been placating the Russians for more than two-thirds of the time since the collapse of the Soviet Union, and they now want to blame the fallout on Trump? A total and complete joke.

Yet, while Clapper’s statements on Putin and Russia are disqualifying on their face, they are not worthy of him losing his clearances. Being a partisan hack does not qualify one for being stripped of clearances; however, I believe Clapper’s history against Trump, as well as his cover for Biden, are deserving of that very action.

You may remember when Russia-gate was in its infancy, Clapper would often make the rounds on Sunday shows, speaking of information he had been privy to that would have dismissed the whole mess. In 2016, while he allowed for Democrats to attempt to defame Trump with suggestions of collusion, Clapper did nothing. In 2019, The Federalist reported that Clapper was aware of the lack of collusion as far back as 2016, but never stopped the ongoing action against Trump in the years that followed. This action was used by Democrats to attempt to fuel an impeachment of Trump, as well as expose that the tactics taken by federal investigators during the pursuit of the investigation, were unethical at best.

Yet, Clapper’s declarative statements regarding the matter were nowhere to be found — until 2017, when Chuck Todd asked the former DNI point-blank about any evidence regarding Trump’s alleged collusion with Russia. Clapper then responded:

“We did not include any evidence in our report, and I say, ‘our,’ that’s N.S.A., F.B.I. and C.I.A., with my office, the Director of National Intelligence, that had anything, that had any reflection of collusion between members of the Trump campaign and the Russians. There was no evidence of that included in our report.”

This declaration didn’t stop Rod Rosenstein from appointing Mueller as Special Counsel, and several more years of costly investigation. Clapper was nowhere to be found to criticize or even question the needless investigation. Clapper knew Trump was innocent, and yet allowed Dems to politicize the matter as a means of “getting Trump.” Even in November of 2019, Clapper was again on CNN declaring that Trump was helped by Russia during the 2016 election, almost criticizing his previous statements. While I believe this lack of action rises to a level of dishonesty, again, I don’t believe that Clapper should have had his clearances stripped.

Yet, most recently, Clapper’s partisan-hackery took a turn for what I believe to be disqualifying of his intelligence clearances. At the end of 2020, it was revealed that the FBI had a laptop (or several) that belonged to Hunter Biden. On that laptop were numerous details about Hunter’s unsavory behavior, as well as details about his various business dealings, for which he lacked any qualifications besides sharing 50 percent of his DNA with a man who would one day be Vice President and later, President. It was the worst nightmare of those on the left, because all of the behavior that was warned to potentially come from a Trump, was found, in great pictorial detail, on Hunter’s laptop.

When it came time to report on these findings, the media went to insane lengths to destroy the truth, including digging up as many “intelligence officials” as they could to declare this laptop business as a “Russian Disinformation Campaign.” Who, you might ask, was among the first to sign up? None other than James Clapper. Clapper signed a letter that stated that the growing Biden scandal had all the “classic earmarks of a Russian disinformation campaign.”

While Clapper, John Brennan, and other disgraced former intelligence officials covered for the left and the destructive information which would have derailed the Biden campaign, the media did everything within their power to use these nebulous and evidence-less declarations from partisan fools as a means to protect Basement Biden. By the admission of the very letter that was used to debunk literal facts, there was no evidence of any Russian involvement with the release of the emails or the information from the laptop; however, that didn’t stop Clapper et al., from stating so. Their way to fight real information was to create disinformation that alleged disinformation. As a result, Clapper essentially told the American people that the evidence and intelligence said something that it didn’t say.

As a result, Clapper has irreparably destroyed the trust extended to him by the American people, and should immediately surrender his clearances or have them forcefully lifted.