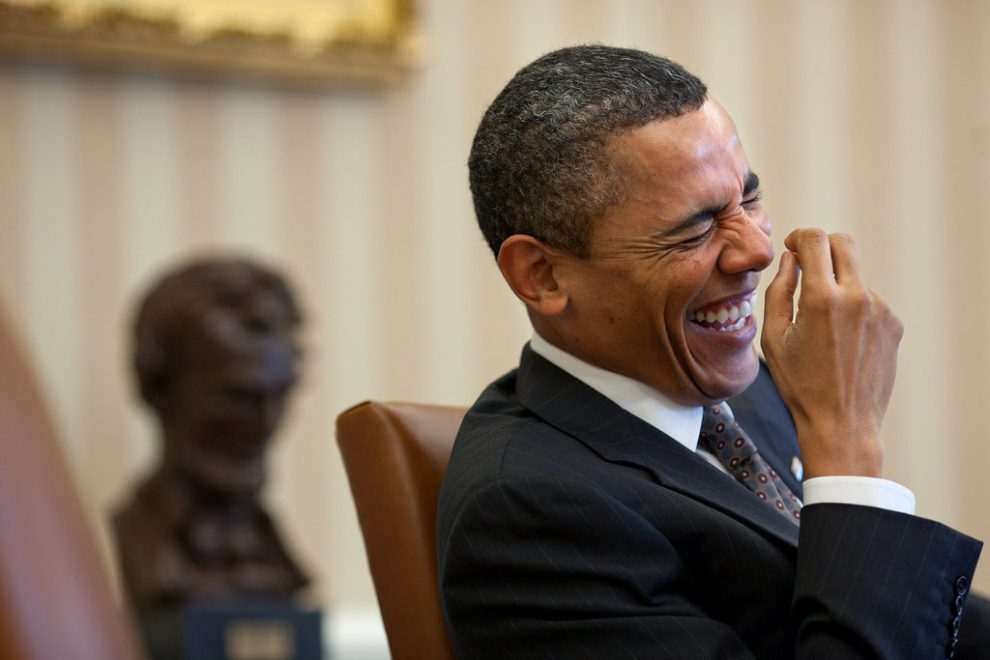 For more than a decade, American presidents stood by while Russian strongman Vladimir Putin had his way with Ukraine.

Indeed, going back to the fall of the Soviet Union when Bill Clinton supported the nuclear disarmament of Ukraine, U.S. presidents have had a particular blind spot when it comes to Ukraine. An independent nation on the border of a country that has always seen that nation as one of its possessions could have used an independent nuclear deterrent.

But Clinton and then George W. Bush were too busy creating a post-cold war architecture of peace to be concerned about Ukraine. And that’s where Vladimir Putin entered the picture.

That “architecture” included solemn guarantees in 1994 by the U.S., Great Britain, and Russia to protect Ukraine from aggression. Needless to say, someone in the State Department filed that “solemn guarantee” away in some filing cabinet and conveniently forgot about it.

Putin is what we used to call an “imperialist.” When he came to power, Russia was on its knees as a result of 70 years of Communist mismanagement of the economy and a chaotic end to the Communist government. Putin brought order to Russia and a vision: a vision that one day, Russia would be a superpower again. And to do that, much of the territory lost when the Soviet Union ended would have to be retaken.

With about a fifth of Ukraine populated by Russians who moved there during the Soviet era, it became an immediate target for Putin and the revanchists in the Kremlin. Putin engineered a “rebellion” in Crimea in 2014 — a region that was later simply absorbed by Russia.

But what of the “security guarantees” solemnly agreed to when Ukraine gave up its nuclear weapons? Obama reaffirmed that deal when he took office in 2009. But someone in the State Department forgot where they had filed the piece of paper that “guaranteed” Ukraine’s sovereignty.

The Obama administration, working alongside officials from the European Union, responded by issuing sanctions and freezing Russian assets. They also imposed travel restrictions. Obama did not, though, keep the promise the United States made in 1994 and 2009 to protect the sovereignty of Ukraine.

Of course, Putin didn’t flinch, and Crimea has been a part of Russia ever since.

Putin had just sliced off a huge chunk of Ukrainian territory and Obama didn’t even blink. And Putin had all the answers he needed about how the U.S. was going to uphold its “security guarantees” with Ukraine.

Due to the Biden administration’s failure in leadership, the United States has never looked weaker. Putin knows this, of course, and he is using the opportunity to expand his legacy, along with Russia’s borders.

Republicans have undoubtedly made some foreign policy mistakes in recent decades. But when it comes to the chaos we’re seeing in Ukraine today, Democrats, especially presidents Clinton, Obama, and Biden, deserve the lion’s share of the blame. The people of Ukraine are suffering as a result of their failures.

It’s curious that the president who stood by in 2014 and watched Putin swallow Crimea without doing anything except imposing milquetoast sanctions on Russia isn’t mentioned as one of the primary reasons Vladimir Putin invaded Ukraine 10 days ago.

It’s like Neville Chamberlain watching as Hitler absorbed Austria and Czechoslovakia. Chamberlain and the French Premier Édouard Daladier could have made life very difficult for Hitler in any number of ways, including shutting down the flow of iron ore from Sweden, which would have been devastating to German industry. But both European leaders thought it would be better to go to Munich and sign a piece of paper hoping the crocodile ate them last.

They were wrong, and 80 million people paid the price.

Barack Obama’s failure to lower the boom on Russia’s economy enabled Putin and gave him the confidence to invade the entire country once another Democrat, Joe Biden, was president.