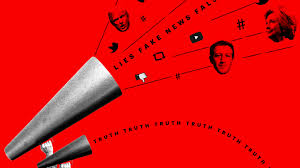 If there was a “national outrage” over the dubious incident, it was limited to gullible left-wing journalists, celebrities, politicians, and activists.

The “narrative” only seemed “cut-and-dry” to people who were looking at the case through lenses clouded by their anti-Trump bias. It seemed made up to those of us who noticed that Smollett’s allegations were outlandish, implausible, and riddled with inconsistencies from the get-go.

Yet even as his story started falling apart (which happened almost immediately), the national media clung to their precious narrative.

There’s been much commentary in the past few days about the MSM’s lack of critical thinking skills in covering not only the Jussie Smollett “hate crime” fairy tale, but a number of other bogus stories as well.

Over the years, the MSM has fallen for hundreds of hate crime hoaxes, reporting on them as if they were confirmed facts, rather than mere allegations. By the time the story is proven to be a hoax, the media has already moved on to the next manufactured outrage. This phenomenon has only increased since the election of President Trump. Yet people still expressed shock and surprise when it became obvious that Smollett had staged his own hate crime.