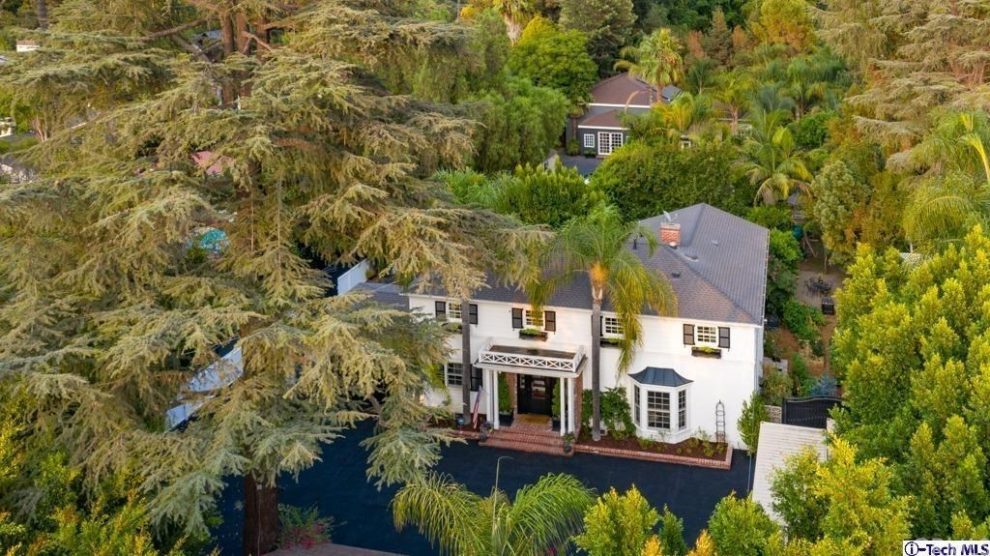 Black Lives Matter, along with a key founder of the organization and members of its leadership team, is facing scrutiny about the potential misappropriation of funds that poured in after the murder of George Floyd by police in 2020 after it was reported this week that the group’s umbrella foundation bought a luxe $6 million house in Studio City and then attempted to hide the purchase from the public.

The revelation comes in a Monday report from New York magazine on the October 2020 cash purchase of a Laurel Canyon Boulevard property by the Black Lives Matter Global Network Foundation—a purchase made after months of heavy protesting against police violence ignited the nation to rally around the BLM movement.

The property was purchased the same month that BLMGNF had received an infusion of $66.5 million from its fiscal sponsor, who was distributing donations made by thousands if not millions of people. Now, questions about how the foundation has been using its vast wealth from donations and who is benefiting from an influx of funds have been revived.

Previously, multiple property purchases made by Patrisse Cullors, who is one of the three founders of BLM, in the U.S. over the five years since the BLM movement caught fire in Ferguson in 2014 has led to intense scrutiny of the 38-year-old’s finances; this scrutiny and questioning of her motives might have been the catalyst for her resignation from the organization in May, 2021. At that time, Cullors explained her exit as a means to give herself time to focus on other projects, like books and media appearances.

In his report, New York’s Sean Campbell writes that the foundation’s leadership underwent some legal gymnastics and LLC maneuvers in order to hide the purchase of the Studio City estate from the public. When it was clear that the purchase would be exposed in the press, BLM leadership then reportedly discussed several potential elucidations for the purchase of the extravagant house—a six-plus bedroom farmhouse style estate near Fryman Canyon, which has been nicknamed “Campus” by the group and was apparently once visited by Hollywood icons Marilyn Monroe and Humphrey Bogart, as one real estate listing would like you to know.

When it became clear that the purchase of Campus would become public, a brainstorming session by members of the entities and corporations involved in the purchase took place via the encrypted messaging app, Signal. The goal was to explain away the property to the media and more importantly, BLM’s army of donors. Was Campus meant to be an “influencer house?” A safe house for threatened or unsafe BLM activists? The group reportedly landed on the former, explaining that Campus was meant to be a space to provide “recording resources and dedicated space for Black creatives to launch content online and in real life,” as Campbell reports he was told by a BLM board member.

That member, consultant Shalomyah Bowers, also told New York that the non-profit always intended to report the purchase to the revenuers (effectively making the property’s purchase public). However, BLMGNF is currently under investigation in multiple states after it did not submit 2020 tax forms by the extension deadline of November 2021; in January, CharityWatch’s Laurie Styron told the Washington Examiner that BLMGCF is “like a giant ghost ship full of treasure drifting in the night with no captain, no discernible crew, and no clear direction.”

BLMGCF IS “LIKE A GIANT GHOST SHIP FULL OF TREASURE DRIFTING IN THE NIGHT WITH NO CAPTAIN, NO DISCERNIBLE CREW, AND NO CLEAR DIRECTION.”

But the thing is, very little content has emerged from the property since it was bought by BLM nearly two years ago. Most of the videos that have appeared online from the Studio City house are of BLM top brass discussing the issues they face (over wine and tasty-looking charcuterie) and Cullors’ own YouTube show, called “Patrisse Tries.” It’s unclear where these Black creative are, exactly, and when (or if) they will “launch content online or in real life.”

More importantly, such a lack of transparency and possible impropriety from a highly visible and deeply polarizing non-profit is, of course, not at all a good look. And it also may erode confidence in the movement for black lives and create disillusion among past and future donors. For now, the much-maligned organization has certainly provided fodder for right-wing talking heads to disparage the organization and movement, which was founded to highlight racism and inequality, and will likely further frustrate BLM’s many local autonomous chapters.