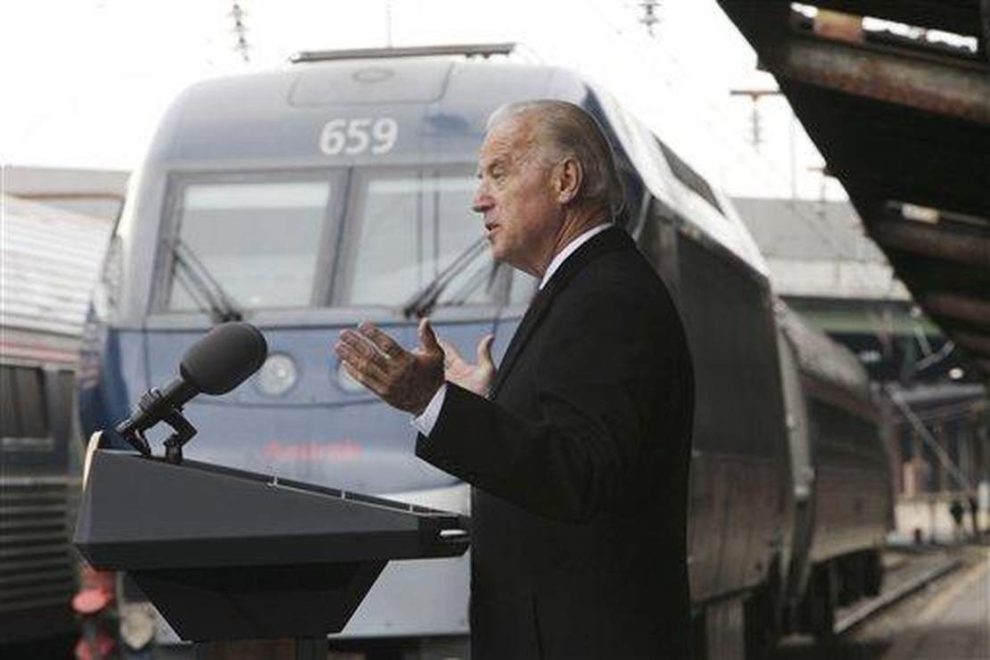 On Monday, President Joe Biden called on Congress to take action to force an agreement designed by his administration to avoid rail workers striking.

His call comes as a December 9 deadline for a contract agreement approaches. Speaker Nancy Pelosi said that Congress plans to intervene in the labor dispute by advancing the legislation this week.

In Biden’s statement, he makes it clear that the concerns he places above the worker’s requests for paid sick days are economics, supply lines, and yes, the holidays. Biden is not siding with workers or their labor unions who voted down the proposed agreement; he is instead siding with, well, himself. It’s a rare and ironic move for the “most pro-union president ever”, as he has previously been referenced by both union leadership and well, himself.

If this was an illegal strike, it would be adjudicated by the National Labor Relations Board (NLRB), but it is indeed the right of the bargaining unit to strike, fully legal and codified, and other rail unions would likely join in solidarity. There is no fault on the workers or unions whatsoever, they have a vote in the matter and voted against the agreement. They are all acting appropriately per the rules of the game (laws and regulations) and per the last roughly 100 years of labor dogma. In short: we knew they were going to strike, they have cause and legal ground, and they would probably get their sick days, too.

What is hyper-irregular is for the government (specifically Congress) to act in forcing a private contract. Under the Rail Labor Agreement (RLA), courts can enjoin a strike under specific circumstances. Instead, both the executive branch and Democrat Congressional leadership are pre-emptively derailing a right to strike and making up their own private contracts with the force of federal law.

This has huge implications, some unfathomable at first blush.

It means that private contracts are subject to the preferences of lawmakers and executive attitudes. It means that collective bargaining is a mere veneer for what would be best for those in Washington at any given time. It means private commerce and agreements are at the pleasure of the crown and are in reality public/private “partnerships”. It’s… some form of neo-feudalism.

The actions the government is taking are not principled as can be noted in dissent from the labor union community;

Where are all the “Biden is the most pro-union president ever” people now? https://t.co/ArgV9igUr1

This executive and congressional action is politics on steroids. It appears that the public sentiment caused if Americans couldn’t obtain certain goods ahead of the Christmas season, or had to pay premiums on those goods, would see to it that the unpopular President and Democrats would feel the backlash in the 2024 elections. Economics was a major factor in the 2022 midterms and now they are posturing with partisan protectionism at the cost of the private sector’s rights.

I’m not the one flip-flopping on principals. As with California’s AB 5, and in opposition to the federal PRO Act, I want the government out of private contracts.

You can read my reactionary rail-strike v Biden/Congress tweets but I will distill:
This is politics on steroids. This is bc if Americans can’t get Xbox for Christmas, the Dems will lose in 2024.
Imposing in private contracts & rights for their own political interests. Yucky!