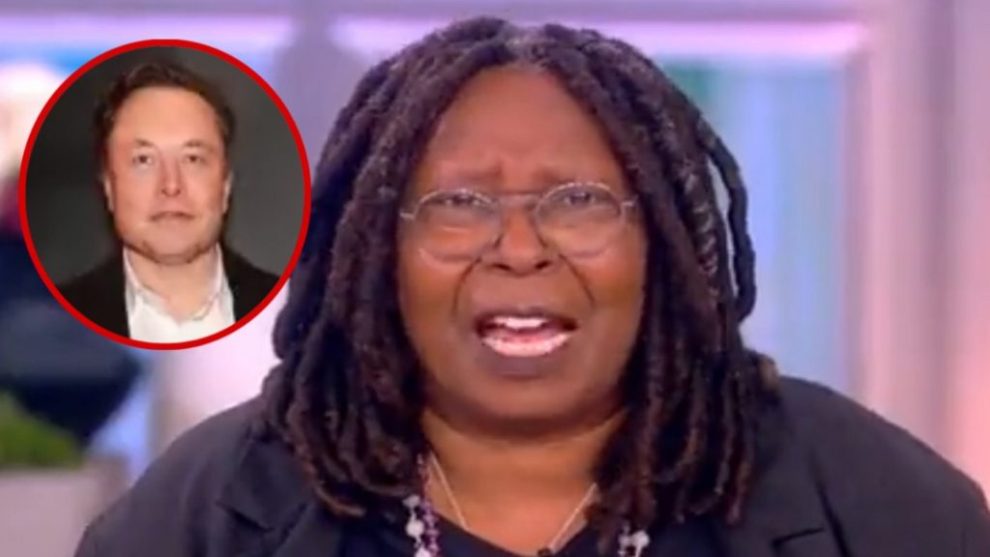 Whoopi Goldberg has deleted her Twitter account following billionaire Elon Musk’s acquisition of the platform, saying “the place is a mess.”

“It has been a little over a week since Elon Musk took over Twitter, and the place is a mess.”

“He’s putting his $8 charge for blue check verification on hold. First it was going to be $20, now it’s going to be $8. So. He also suspended Kathy Griffin for impersonating him on a parody account.”

.@WhoopiGoldberg says on #TheView that "as of tonight," she's "done with Twitter."

"I'm going to get out, and if it settles down and I feel more comfortable, maybe I'll come back." https://t.co/cVclFZQmjA pic.twitter.com/0Ih9fp9yHG

Goldberg, however, failed to note that the rule for impersonating someone on Twitter has not changed, as accounts have been suspended for impersonation under previous Twitter leadership.

Griffin changed her profile name and used Musk’s exact profile picture to make it look like it was his account, and then began tweeting for everyone to “Vote Blue” in the upcoming midterm elections.

Going forward, any Twitter handles engaging in impersonation without clearly specifying “parody” will be permanently suspended

Goldberg is not the only left-wing celebrity having a public meltdown and leaving Twitter over Musk’s takeover of the company.

On Saturday, Model Gigi Hadid announced her exit from Twitter, saying it has become a “cesspool of hate & bigotry.”

Debra Messing, Mark Ruffalo, Tea Leoni, Shonda Rhimes, and Alex Winter are also among the left-wing elitists who have pledged to leave Twitter in the wake of Musk’s acquisition of the platform.