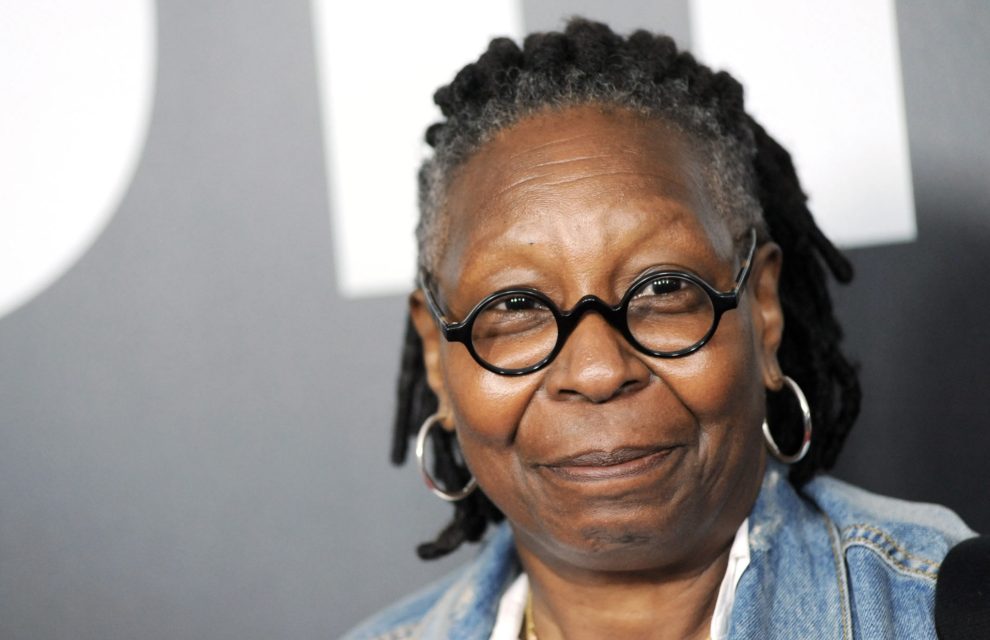 “The View” star Whoopi Goldberg doubled down on her history-challenged claim that the Holocaust had nothing to do with race in a new interview, despite the fact the same claim got her suspended from the ABC show back in February.

The 67-year-old actress, whose second act has been as an $8 million-per-year politics and culture pundit on the show, told The Times of London why she doesn’t believe Jews are part of a unique race and that just because Hitler himself said he killed them to create a “master race” doesn’t make it true. The latest comments came despite Goldberg serving a suspension and issuing an apology for the same claims less than a year ago.

She also tried to clarify her claims about Semitic people not being a race, and used a gross metaphor to describe how her words were construed.

“It doesn’t change the fact that you could not tell a Jew on a street,” Goldberg said. “You could find me. You couldn’t find them. That was the point I was making.”

“But you would have thought that I’d taken a big old stinky dump on the table, butt naked,” she said.

In February, Goldberg sparked outrage when she said the Holocaust, in which six million Jews were killed, was not a racial matter but a case of “white-on-white violence.”

“Effective immediately, I am suspending Whoopi Goldberg for two weeks for her wrong and hurtful comments,” Kim Godwin, president of Disney owned ABC, said in a Feb. 1 statement. “While Whoopi has apologized, I’ve asked her to take time to reflect and learn about the impact of her comments. The entire ABC News organization stands in solidarity with our Jewish colleagues, friends and communities.”

The network has so far not commented on Goldberg’s latest remarks.

Goldberg granted the latest interview to promote a new film she helped produce about civil rights martyr Emmett Till. In addition to potentially reigniting a feud with Jews, historians, and possibly her employer, Goldberg risked the ire of the transgender community. When asked about her recent claim that “men don’t have eggs,” which transgender activists took as a slight to biological women who think they are men, Goldberg held her ground.

“They may have eggs, but they’re not getting pregnant, are they?” she said. “I think you have to do some fixing in order to get those eggs fertilized. But I do have questions because trans men, I was told, still have their prostates.”

Goldberg started the Holocaust firestorm early last year when she and her co-hosts were discussing a Tennessee school board’s decision to pull the Pulitzer Prize-winning graphic novel “Maus. “

Although her co-hosts disputed the claim, Goldberg kept digging herself into a historical hole.

“These are two white groups of people,” she continued. “You are missing the point. The minute you turn it into race, it goes down this alley. Let’s talk about it for what it is, it’s how people treat each other.”

After the network suspended her, she issued an apology in which she acknowledged that “The Holocaust was about the Nazi’s systematic annihilation of the Jewish people — who they deemed to be an inferior race. I stand corrected.” But she then proceeded to undermine the mea culpa in an interview the same day with leftist late-night television host Stephen Colbert.

“When you talk about being a racist, you can’t call this racism,” Goldberg said. “This was evil. This wasn’t based on skin. You couldn’t tell who was Jewish. You had to delve deeply and figure it out. My point is: they had to do the work.”

“If the Klan is coming down the street and I’m standing with a Jewish friend,” she continued, “I’m going to run, but if my friend decides not to run, they’ll get passed by most times because you can’t tell who is Jewish. You don’t know.”