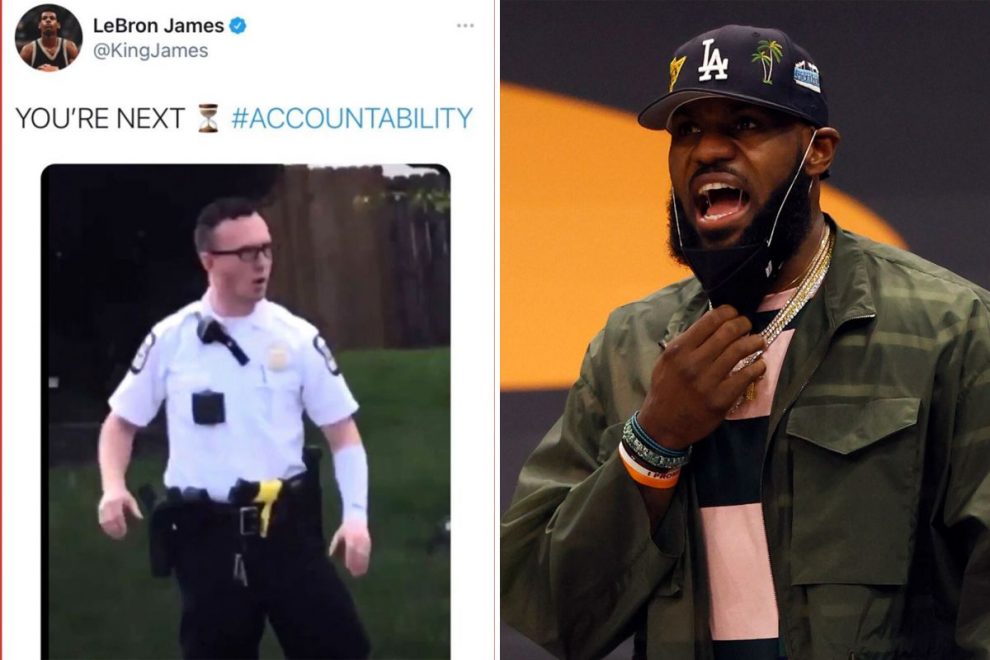 The White House and pro basketball player LeBron James are attempting to cast the shooting of 16-year-old Ohio girl, identified by sources as Ma’Khia Bryant, as racially motivated.

Columbus police on Tuesday shot and killed Bryant, who swung at two other females with a knife, according to bodycam footage from the officer who fired the shots. (USA Today identified him as Nicholas Reardon, who has been with the department since 2019 and was place on leave.)

The episode unspooled in Columbus, Ohio, minutes before the verdict in George Floyd’s killing was read and former Minneapolis police officer Derek Chauvin, a white man, was convicted of killing Floyd, who was Black. The new case quickly sparked outrage, with many still drawing parallels betwen the Black teenager’s killing at the hands of white law enforcement officers and Floyd’s death under the restraining knee of Chauvin.

However, an investigation is in its infancy, and the circumstances of the two cases, Floyd’s and this new one, appear vastly different.

Still, basketball star James took to Twitter Wednesday afternoon to call for “accountability” in the shooting. In a tweet critics called needlessly incendiary, he posted a picture of the police officer who is believed to have shot and killed Bryant, writing “YOU’RE NEXT #ACCOUNTABILITY.”

“She was a child. We’re thinking of her friends and family and the communities that are hurting and grieving her loss,” Pskai said.

She also told reporters the White House’s focus is “to address systemic racism and implicit bias head on” by passing legislation on “much-needed” police reforms.

“So, our focus is on working to address systemic racism and implicit bias head on and, of course, to passing laws and legislation that will put much-needed reforms into place at police departments around the country,” Psaki said.

“ABOLISH THE (expletive) POLICE. the same day we ‘celebrate’ a verdict for another loss that shoul’ve (sic) never happened, a Black child is murdered. ABOLISHMENT IS THE ONLY ANSWER,” Kehlani wrote on Twitter.

Columbus police, in releasing the video footage are attempting to avert a new wave of Black Lives Matter anger over the shooting. After Floyd’s death, protests unfolded worldwide, accompanied by urgent calls for racial equality and sweeping police reform.

Bryant’s mother told a local TV station that her daughter had called the police for protection.

“This never should have happened,” said Paula Bryant. “She’s a loving girl.”

Columbus Police have requested that Ohio’s Bureau of Criminal Investigation respond to the scene and investigate the shooting.

The 10-second clip released soon after the incident begins with the officer getting out of his car at a house where police had been dispatched. Someone had called 911 to say they were being physically threatened, Interim Police Chief Michael Woods said at a news conference Tuesday night.

The officer takes a few steps toward a group of people in the driveway when Bryant appears to begin swinging a knife at another girl or woman, who falls backward. The officer shouts several times to get down.

The girl with the knife then charges at another person who is pinned against a car.

From a few feet away, with people on either side of him, the officer fires four shots, and the teen slumps to the ground. A black-handled blade, looking like that of a kitchen or steak knife, lies on the sidewalk next to her.