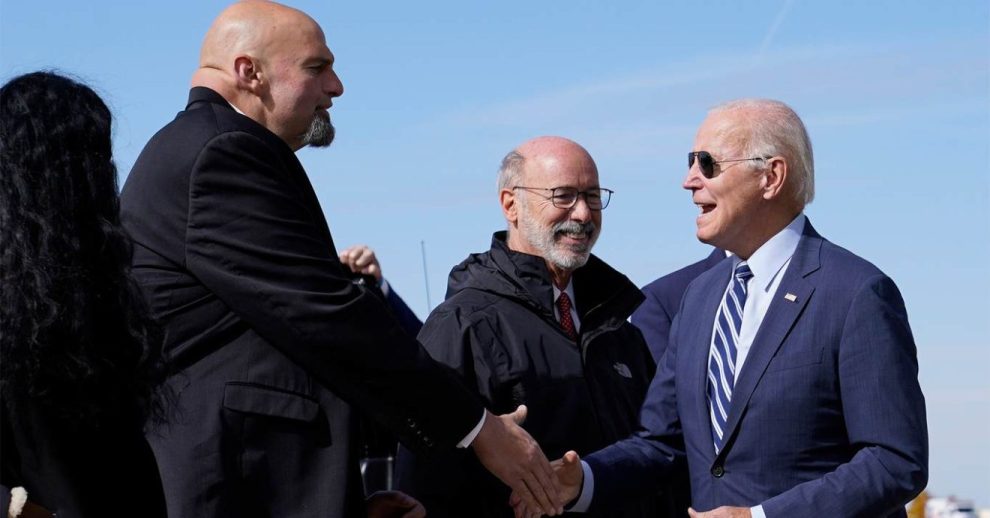 “The president has found him to be impressive, incredibly bright and talented person who’s just as capable as always to carry out the duties of his office,” she said, referring to “personal conversations” that Biden experienced with Fetterman.

“That is the case before and the case today,” she added.

Fetterman shocked viewers of his first and only political debate in Pennsylvania with his Republican opponent, Dr. Mehmet Oz, as he struggled to hear, speak, and understand the questions and answers after suffering a stroke in May.

Jean-Pierre cited “independent medical experts” who believed that Fetterman had “improving symptoms” after his stroke and said the president remained supportive.

“He looks forward to working with the Lt. Governor in the future,” she said.

But she did not share Biden’s reaction after Fetterman refused to release details of his recovery and his medical records.

“He respects the courage and honesty that he sees from the Lt. Governor,” she said, speaking for the president.

Jean-Pierre said she was unable to find out from the president whether he was able to watch the debate personally Tuesday evening.