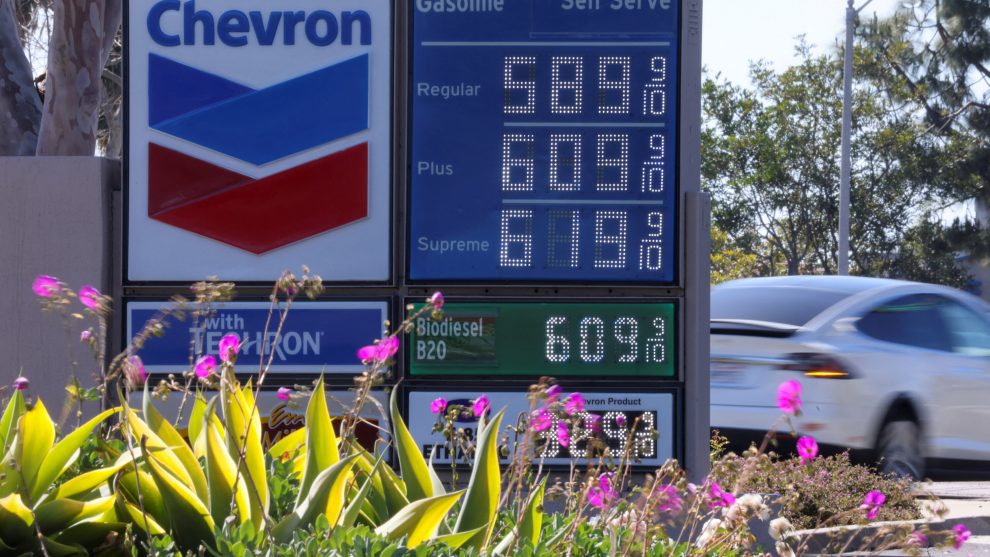 The White House on Monday reminded Americans frustrated with record-high gas prices that the cost of fuel was even higher in foreign countries.

White House press secretary Karine Jean-Pierre responded to questions about high gas prices during the daily briefing by noting it was “really important” that people understood that prices were higher across the globe.

“This is a global challenge, this is something that everyone is feeling across the globe,” she said, arguing that gas prices had risen as a result of Russian President Vladimir Putin invading Ukraine.

Gas prices in the United States soared to a new record high on Monday for the ninth consecutive day.

Jean-Pierre acknowledged that high inflation, food prices, and gas prices were “hurting families especially as they sit around their kitchen table.”

She repeated that “everything was on the table” to deal with high gas prices but said that she did not have any information on actions the president would take to help lower gas prices.

“I don’t have anything to preview,” she said.

“The president met that moment … really putting us in the place where we look at today in a much stronger economic situation where we can actually deal with inflation head-on,” she said.