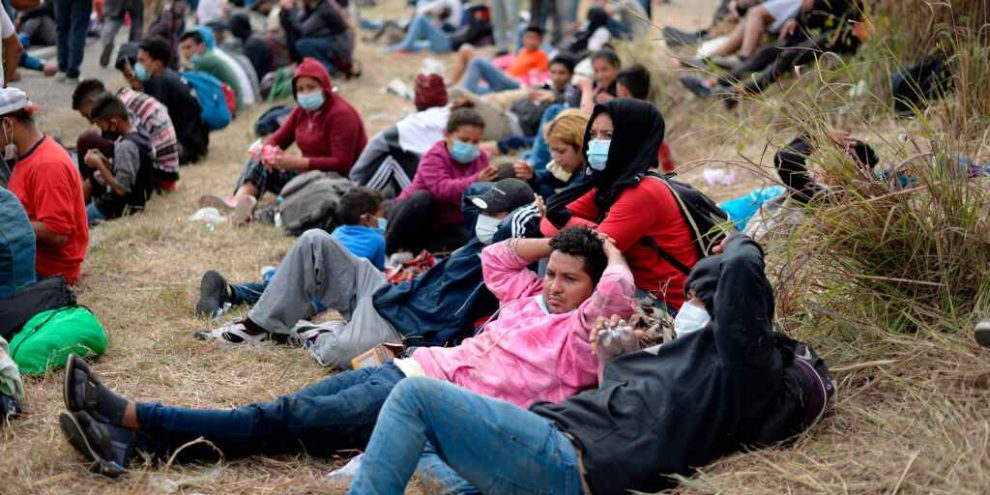 The White House admitted on Wednesday that it is expecting a migrant “influx” after a report surfaced on the Biden administration’s plan to end a policy under former President Donald Trump that has been responsible for 1.7 million illegal aliens being deported.

Title 42, which is a public health directive through the Centers for Disease Control and Prevention (CDC), was implemented in March 2020. It came about due to COVID-19 and has been continued under the Biden administration. Biden is gearing up to end the policy, according to a pending draft of an order from the CDC reviewed by The Wall Street Journal.

“This is a decision that we have long deferred to CDC, Title 42 is a public health directive, it is not an immigration or migration enforcement measure. So, the decision on when to lift Title 42, we defer to the CDC,” White House Communications Director Kate Bedingfield said Wednesday in a briefing.

Bedingfield noted that the administration is “planning for multiple contingencies” and that “there will be an influx of people to the border” when Title 42 is rescinded. The order obtained by The Wall Street Journal says Title 42 would be rescinded in late May.

While Bedingfield characterized the number of people potentially headed to the southern border as an “influx,” Mark Morgan, the former acting commissioner for the U.S. Customs and Border Protection under Trump, told The Daily Wire differently.

“It’s not going to be just another ‘surge.’” said Morgan, who also said in a Daily Wire interview on Monday that Biden is more focused on securing Ukraine’s border than America’s. “It’s going to be a crushing tidal wave of illegal immigration.”

Upon Title 42 being officially repealed, the administration would be tasked with evaluating asylum claims. Title 42 outlines that migrants seeking protection in the U.S. could still face deportation with no consideration of claims.

Democrats have put pressure on Biden to end Title 42 in recent weeks. California Rep. Juan Vargas, a Democrat whose district represents the entire state’s border with Mexico, claimed that the policy “was never about public health and safety” and “implemented to deny due process to people seeking refuge and protection.” However, Arizona Democratic Sens. Mark Kelly and Kyrsten Sinema urged Biden last week to keep Title 42 in place — calling it a “common-sense policy.”

“Given the impacts that changes to Title 42 could have on border communities, border security, and migrants, we urge your Administration not to make any changes to Title 42 implementation until you are completely ready to execute and coordinate a comprehensive plan that ensures a secure, orderly, and humane process at the border,” the senators wrote.

Texas Republican Sen. John Cornyn has been vocal about his notion that the policy’s rollback will lead to a “tsunami” of migrants and drugs. On his first day in office, Biden unveiled the U.S. Citizenship Act of 2021 to supplement border resources with technology to track illicit activity. The bill was introduced by Rep. Linda Sánchez (D-CA), and never passed, while drugs like methamphetamine and fentanyl continue to enter the U.S. in record numbers.

The advancement of Title 42’s repeal comes as the Biden administration plans to enforce a new border policy that will lessen the amount of time that migrants await asylum decisions. It was announced in August 2021 and allows officers for U.S. Citizenship and Immigration Services to examine asylum applicants that potentially qualify for expedited removal from their country. Previously, these decisions were left up to immigration judges, who handle many cases at one time.