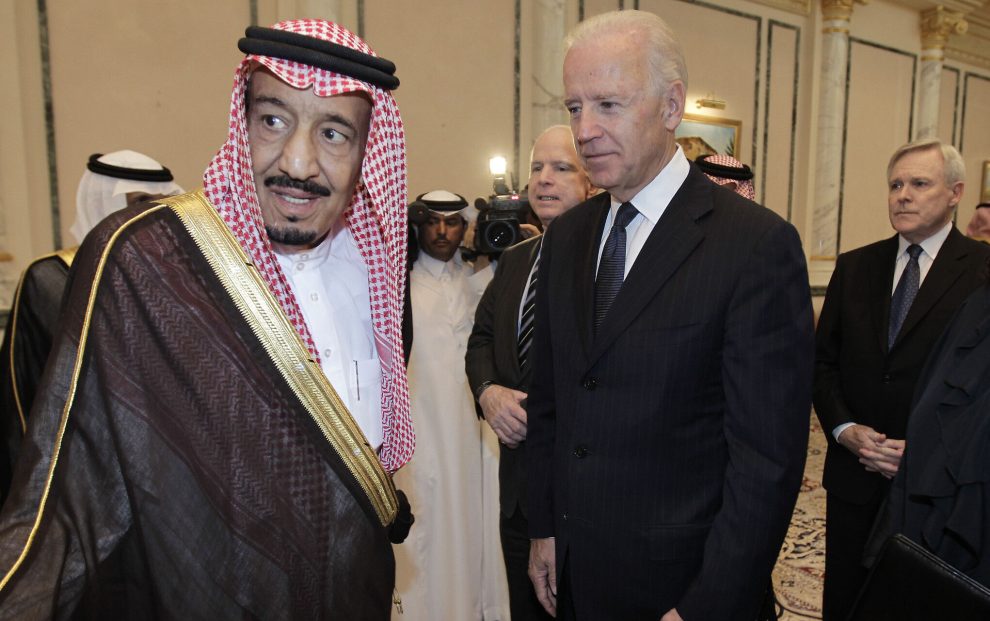 The White House defended the Biden administration’s “strategic” partnership with Saudi Arabia, saying President Biden wants to “get peace” with the country — after vowing to make it a “pariah” state.

Biden, during a Democratic presidential primary debate in 2019, promised to make the kingdom a global “pariah” due to its mistreatment of human beings, violations of international law and open hostility to the U.S. — including the killing of a Washington Post journalist.

“We were going to in fact make [Saudi Arabia] pay the price, and make them, in fact, the pariah that they are,” Biden said at the time.

“He said, as president, he believes that if there is any, any way to get peace, he feels like he should take that — that direction,” Jean-Pierre said. “So, Saudi Arabia has been a strategic partner of the United States for eight decades — every president since FDR has met with Saudi leaders, and the president considers Saudi Arabia an important partner on a host of regional and global strategies, including other efforts to end the war in Yemen, contain Iran and counterterrorism.”

“As I’ve said, the president will meet with any leader if it serves the interests of the American people,” she said. “That’s what he puts first.”

With 825 miles of beaches, Florida has a beach for everyone. Here’s a guide to some of Florida’s best beaches.
Learn More

She added: “He believes engagement with Saudi leaders clearly meets that test, as has every president before him.”

Former President Trump visited Saudi Arabia during his first foreign trip as president and didn’t sour to the Arab nation after the killing of Saudi Arabia native and U.S.-based journalist Jamal Khashoggi.

Jean-Pierre’s remarks come after the Washington Post and the New York Times, last week, reported that Biden would travel to Saudi Arabia later this month — even amid his repeated promises to hold the country accountable for human rights violations.

The White House and the president himself have said there is not a visit planned at this time, but Jean-Pierre on Monday said there was “a visit in the works.”

“But it wasn’t moved or postponed,” she said. “It was that the reporting is actually not accurate.”

“We were still having discussions,” she continued.