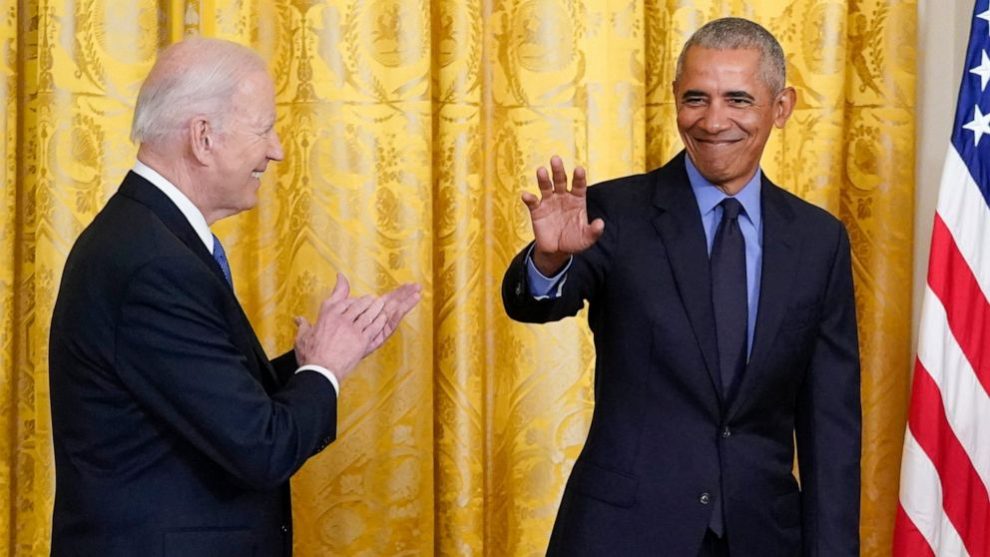 Former President Barack Obama sparked laughter after he referred to President Joe Biden as the “vice president” on Tuesday during his return to the White House.

The former president was introduced by Vice President Kamala Harris before taking the podium.

“Vice President Biden, vice president…” he began as the crowd busted out laughing.

Obama later insisted it was all part of a joke, and walked over and gave Biden a friendly hug before returning to using his correct titles.

“Joe Biden. My president,” Obama said seriously as he continued his speech.

The former president recounted his effort to get Obamacare passed, even though it was deeply unpopular with Americans.

“There was a lot of misinformation flying around,” Obama said,

Biden also made a joke after taking the podium.

“My name is Joe Biden and I’m Barack Obama’s Vice President,” he said after taking the podium.

He commented that Obama’s return to the White House recounted a lot of memories.