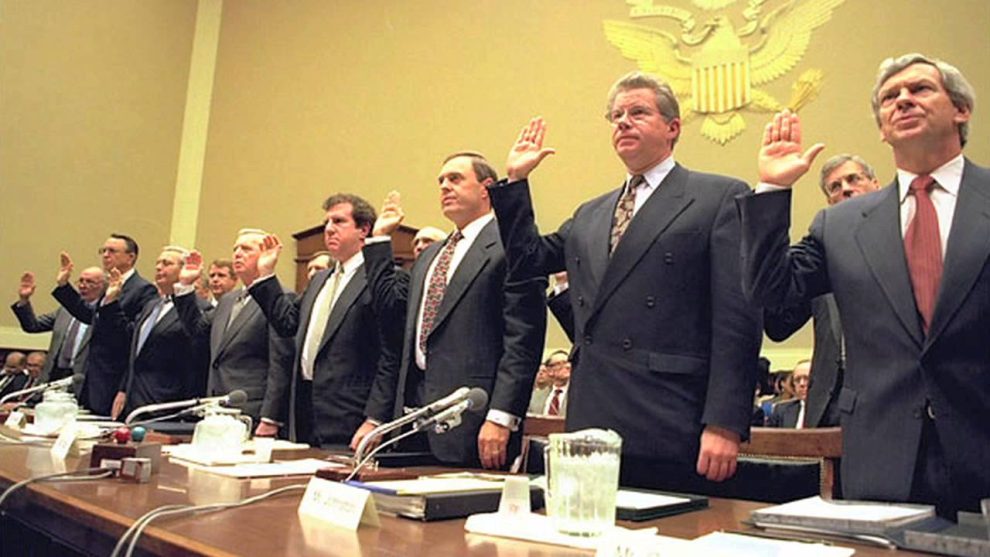 AAA announced that the U.S. average gas price is now slightly more than $4 per gallon. Gas is at its highest since 2008. But before gas prices took a jump due to the first Green New Deal War, being hosted this year by Ukraine and Russia, there was Bidenflation, supply chain fiascos, COVID-19 lockdowns, and Joe Biden’s turn toward windmills and Chinese solar panels to fuel cars and planes. And because he took America away from making most of its own energy, we suckers in the provinces are staring down the barrel of $7-per-gallon gas.

Hate to say it, but we need to increase oil & gas output immediately.

As night follows day, Democrats eventually will pivot to meaningless hearings and investigations into those darned greedy executives who make too much money on high gas prices! California congressional backbencher John Garamendi has already demanded an investigation. The hue and cry will grow louder at some point. But before you linger your gaze too long on their gaslight, you need to know who’s really making bank on gas.

Sure, oil companies make plenty of money off American gas buyers, but they’re not the greediest bunch out there. It turns out that the greedy executives hoovering up most of the money you spend for a gallon of gas aren’t Stetson-wearing Bubbas in Houston. No, the greediest ones are sitting in statehouses and governors’ mansions all over the country.

Every year the National Tax Foundation updates its list of greedy state governments that skim more money from every gallon of gas than Bubba.

The federal government takes 18.4 cents on every gallon of gas sold. Then comes the house of mirrors at the state and local level. The Tax Foundation says Alaska has the cheapest taxes at 14.98 cents per gallon. But California skims 66.98 cents per gallon, the highest in the nation. This differs substantially from Stillwater Associates Researchers, who put the figure at a much higher $1.15/gallon taken off the top by the state.

That means that if I fill up my 23-gallon gas tank in California, the state gets 26 bucks. Counties also take their own cut. Your tax mileage may differ.

Who’s the greedy one now?

If gas stations did this, they might be charged with profiteering, or John Garamendi would call for another useless investigation — which would mysteriously fall into the news memory hole the minute ADD reporters found something else to focus on.

Gas station owners, who usually own only one station, make more money on their mini-marts than on gas. Gas is practically a loss leader. Gas station owners make more on hot dogs, big gulps, and coffee than gas. By the time gas stations factor in their costs, such as labor, insurance, franchise fees, and credit card fees, they may make four to seven cents per gallon. It’s not nothing, but it’s not as much as the government takes for doing nothing to create or produce the product.

And what does Bubba the executive at the oil company make? According to the Natural Resources Defense Council, Bubba makes $1.12 for overhead, pumping the oil, and getting the oil to a refinery. Refiners make about five cents a gallon. The oil tankers and pipeline operators make a penny a gallon.

Government is supposed to be maintaining roads for vehicles with their cut of the action, but do they? Or do government apparatchiks siphon the money for other pet projects such as bike paths and Vision Zero pap?

The Tax Foundation has an interactive map on their website, but here’s a screenshot for you to look at.