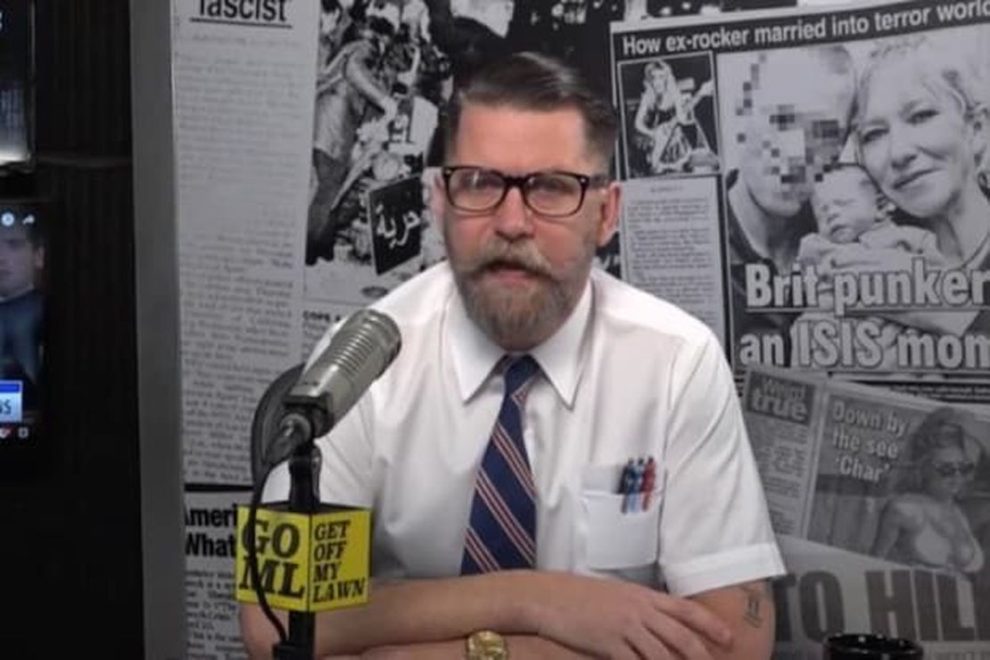 Political commentator and Proud Boys founder Gavin McInnes disappeared during a live on-air broadcast on Thursday. While shooting his Get Off My Lawn video podcast from his studio in the Bronx, McInnes was interrupted by what appeared to be law enforcement. McInnes stands up and engages in a conversation with the off-screen individual, saying,

“We’re shooting a show, can we do this another time?”

After a moment of silence McInnes attempts to negotiate a meeting with the individual and McInnes’ attorney.

“All right, I’m happy to do that. I’ll get a lawyer and we will sit down and have a conversation. We’ll schedule a meeting and we’ll sit down with my lawyer.”

McInnes can be heard saying “I didn’t let you in” before walking off-screen. Now, a mystery surrounds the matter with internet sleuths, supporters, and the media asking, “Where is Gavin McInnes?”

what happened to Gavin McInnes???

After listening to the enhanced audio posted online, I can confirm hearing “chirps” of what seem to be police radios. Social media users claim to hear the words “warrant” and “federal investigator” and McInnes repeating that he did not let them in.

Comedian Josh Denny, who is scheduled to do a stand-up tour alongside McInnes, posted that McInnes is in jail and that the incident was not a skit for the show.

Just got off the phone with our people.

Gavin was AGAINST going to Jan 6. He was AGAINST Charlottesville (and told Proud Boys they were out of the club if they went) but he’s rotting away in jail because he dared to question authority.

Another comedian who has a show on McInnes’ Censored.tv platform, addressed the situation saying, “unfortunately at this time I cannot legally discuss what happened.”

A statement in regards to the Gavin McInnes stream situation pic.twitter.com/yKJT7rdMP7

Nobody has been able to confirm the whereabouts of McInnes since Thursday, what law enforcement agency seemingly took him into custody, or why. There has been speculation that McInnes is in federal custody but the FBI/DOJ has made no announcements on the matter.