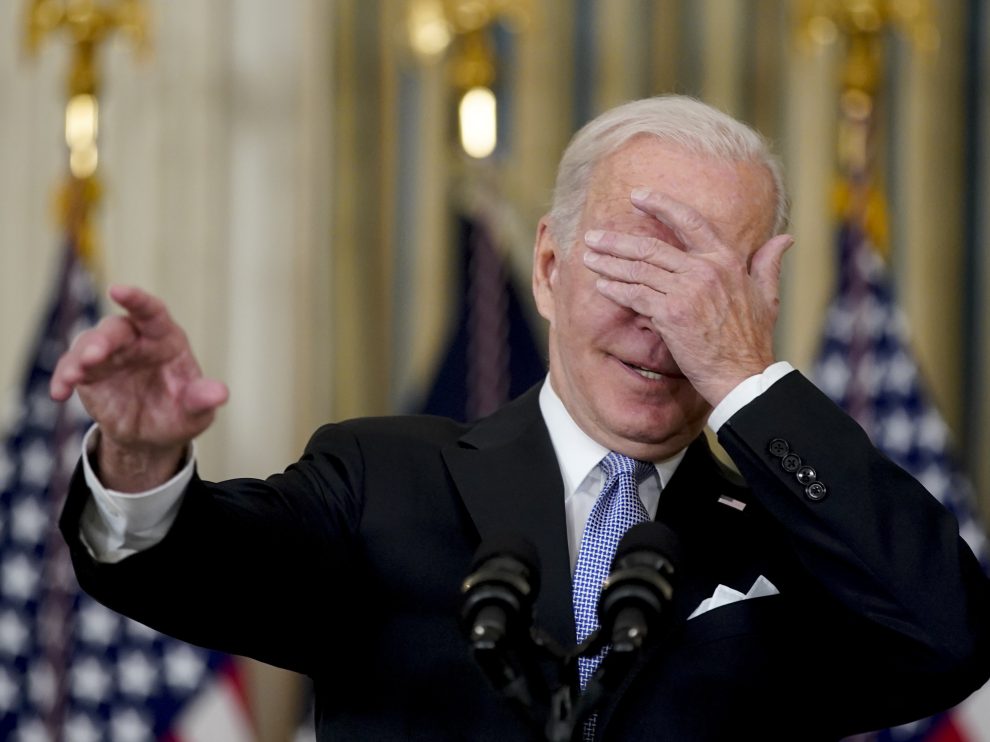 Joe Biden was at a reception for Florida Democratic gubernatorial candidate Charlie Crist in Golden Beach, Florida, on Tuesday. That followed a nightmare rally with Rep. Debbie Wasserman Schultz (D-FL), which had all kinds of issues–as we reported here and here–in a festival of confusion, including saying his son died in Iraq, forgetting what FEMA stands for, confusing Iraq and Ukraine, and claiming he spoke with the “inventor of insulin.”

While there, he also spoke about the attack on Paul Pelosi. Biden lied and claimed that no one in the Republican Party leadership had condemned the attack. That’s just not true; several have, including President Donald Trump (who called it “terrible”), Senate Minority Leader Mitch McConnell (R-KY), and Sen. Ted Cruz (R-TX). He also attacked people he claimed were making up jokes about the attack.

“These guys are extremely extreme,” Biden remarked, referring to Republicans.

When Biden spoke about Paul Pelosi before, he couldn’t even get his name right.

But that wasn’t the big thing that people noticed from that story about the event.

Rather it was the picture The Hill posted with the story. The picture appeared to be from the event, with Biden wearing the same tie and having a similar background. Click on the picture to enlarge it, and you can see two wounds on his hand — a bigger one and a smaller one, partially healed.

Now normally, in a blood draw, the blood is taken from the median cubital vein in the antecubital fossa (the crevice of the elbow). So, what’s going on with those wounds on the hand? Many thought that they looked like IV injection points.

Not making a diagnosis here, but those marks on Mr. Biden's hand do resemble the residua of punctures. Usually blood draws are done from the antecubital (inside of elbow) vein. Intravenous lines are often inserted in the hands.

Anything we need to know? https://t.co/ENI0lX9Nwv

What are they injecting into his hand? https://t.co/EmlLHYPXm2

There’s been a lot of speculation in the past about Biden getting medicine to help him. But Joe Biden has not said anything in that regard. Joe Biden and John Fetterman seem to have a lot in common. They both have cognition issues (for different reasons), and they both aren’t forthcoming about what is involved in those issues.

But this is–once again–raising those questions, and now many are calling on the Biden team to explain what the marks are. Some have speculated that it was related to medicine for Biden’s cognitive problems.

There were earlier pictures from October 27, when Biden met with New York Gov. Kathy Hochul and Senate Majority Leader Chuck Schumer. Click on the picture to enlarge.

WTF is on (this) Biden’s left hand? Today with ⁦@GovKathyHochul⁩. Either creeping crud or a non-healing wound from having an IV line run into him. pic.twitter.com/TSpKEJfhWv

The next era of American manufacturing is going to be right here in New York.

Those pictures don’t appear to show the second, smaller wound.

Will we get any kind of honest answer from the guys who tend to lie to our faces constantly? I doubt it. But let’s see what they say, if Fox News’ Peter Doocy or someone else presses White House Press Secretary Karine Jean-Pierre about this. The effort to spin could be phenomenal.