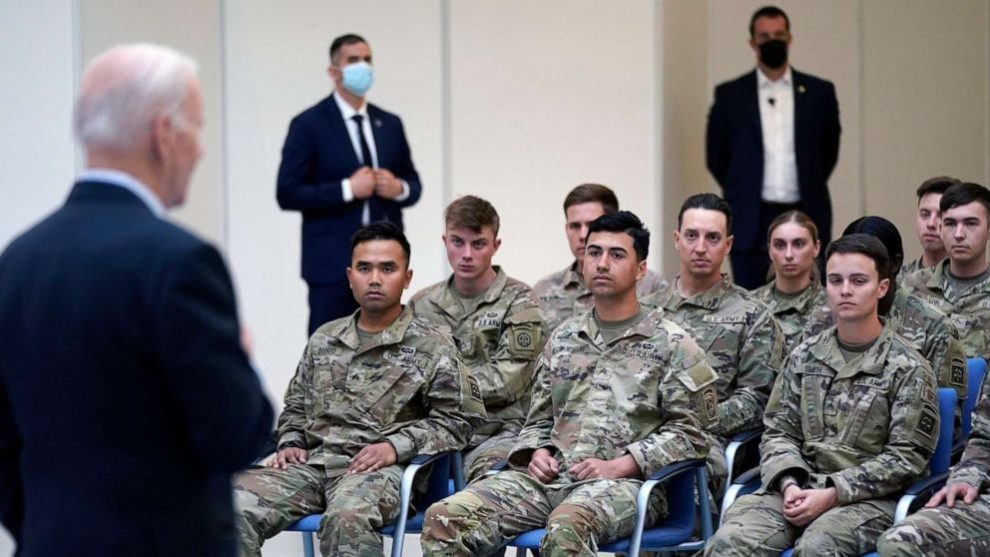 The White House on Friday emphasized that the U.S. would not put any American boots on the ground in Ukraine, an administration spokesperson told Fox News on Friday.

The clarification comes after President Joe Biden’s comments to a crowd of U.S. troops earlier in the day while emphasizing the might of average Ukrainian citizens.

“You’re going to see when you’re there — some of you have been there — you’re going to see women, young people, standing in the middle, in front of a damn tank, saying, ‘I’m not leaving,'” the president told the 82nd Airborne Division stationed in Jasionka, Poland.

The spokesperson later emphasized to the network that Biden has been against the deployment of U.S. troops since Russia invasded Ukraine.

“The president has been clear we are not sending U.S. troops to Ukraine, and there is no change in that position,” the spokesperson said.

Before visiting Poland, Biden spent most of his week at an emergency NATO summit in Brussels discussing the West’s response to the conflict.

The president pledged at the summit to welcome up to 100,000 Ukrainian refugees and provide an additional $1 billion in food, medicine, water and other supplies, The Associated Press reported.

Meanwhile, a Pentagon official said that Defense Secretary Lloyd Austin is considering the deployment of additional U.S. troops to NATO’s eastern flank, according to Fox News.