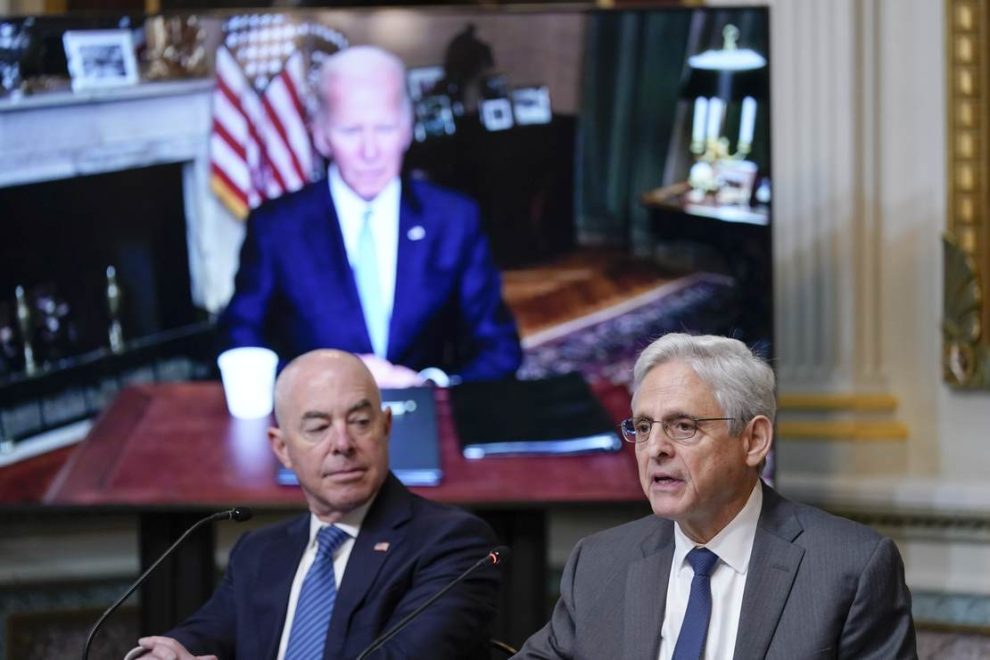 On Monday night, we learned that Donald Trump’s Mar-a-Lago estate was raided by a team of FBI agents, ostensibly looking for documents the National Archivist says the former president took from the White House without authorization. Was the search for documents merely a pretext to snoop around Trump’s Florida home in the hopes that agents would turn up damning evidence related to the Jan. 6 riot at the Capitol? Or was the Department of Justice hoping the raid would whip Trump supporters into a frenzy and cause a repeat of the J6 protest ahead of the midterm elections? (Don’t take the bait.) Both scenarios seem plausible. What doesn’t seem plausible is the idea that Merrick Garland’s Police State went to Palm Beach looking for cocktail napkins and dinner menus. Also not plausible is the claim that the White House didn’t know about the raid ahead of time. No sane person believes that an unprecedented raid on a former president of the United States — and likely contender in 2024 — could happen without Joe Biden (or whoever is making decisions these days at the White House) signing off on the decision.

The good news is that people are waking up to the corruption at the highest levels of our government. Law-abiding citizens have long revered the FBI and other law-enforcement agencies, perhaps with a naivete born of TV dramas and Hollywood blockbusters. But the truth is, the FBI has been politicized since its inception. From J. Edgar Hoover to James Comey, FBI directors have long weaponized the agency to attack their political enemies. The Department of Justice has also been used by cynical partisans to exact revenge and neutralize political foes. Eric Holder, Barack Obama’s attorney general, was the first in that position to be held in contempt of Congress. Nothing happened to him. Nor did anything happen to the myriad actors in the Deep State who went along with the Russia collusion hoax, insisting to the bitter end that they had done nothing wrong.

Now that we see clearly what the problem is, where do we go from here? Sure, we can peacefully protest, send angry emails, or post diatribes on social media, but that’s not going to fix the problems that are eating away at our republic. The answer lies in winning elections. Decisively. First the midterms and then the White House in 2024. As I wrote last week, Trump did the country a great service by exposing the deep state and making Americans aware of the corruption within our government. Unfortunately, he wasn’t able to drain the swamp — in part because it was constantly investigating him. Florida Gov. Ron DeSantis last week dropped a political bomb on the ruling class by suspending woke Hillsborough County state attorney Andrew Warren, who had announced he would refuse to enforce Florida laws he didn’t like. Once we regain control of the White House and Congress, this should be our template going forward.

Since 2005, PJ Media has been equipping you, our dear readers, with the tools you need to make a difference in your communities and on a national level. We’ve weathered the crash of the advertising bubble in 2020, censorship by Big Tech companies — when was the last time you saw a PJ Media article come through your Facebook feed? — and the pernicious “fact-checkers” who fight tooth and nail to delegitimize us and to slander you, our readers — conservatives who don’t want to see our beautiful country destroyed.

It hasn’t been easy, but having loyal readers who support the work we do makes it possible for us to continue the fight. And we won’t take our foot off the gas until our country is safely back in the hands of men and women of integrity who revere our Constitution and believe in law and order. But, quite frankly, we need your help to continue this work. Our VIP members make it possible for us to expose the Deep State and fight against it. New members instantly become part of our robust community here at PJ Media and have access to our comments section and exclusive live chats with popular contributors like Steve Green (aka VodkaPundit), Stephen Kruiser, and others. VIP Gold members get even more—access to VIP content at all the Townhall Media sites — Townhall, RedState, Bearing Arms, Twitchy, and HotAir. For a limited time, we are offering 40% off VIP memberships. Click here to join today and use the promo code SAVEAMERICA to unlock the discount.