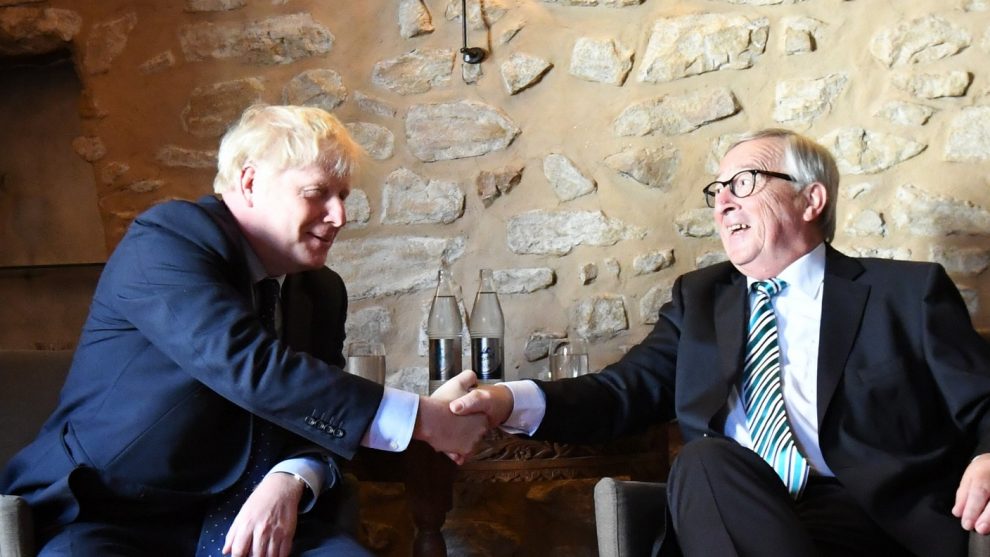 Prime Minister Boris Johnson announced that a new Brexit deal has been brokered between the UK and the EU.

The prime minister announced Thursday morning: “We’ve got a great new deal that takes back control — now Parliament should get Brexit done on Saturday so we can move on to other priorities like the cost of living, the NHS, violent crime, and our environment.”

We’ve got a great new deal that takes back control — now Parliament should get Brexit done on Saturday so we can move on to other priorities like the cost of living, the NHS, violent crime and our environment #GetBrexitDone #TakeBackControl

Pelosi Blasts Trump Tax Practices As A ‘Disdain For America’s Working Families’ Joe Biden says only this can block him from a White House win Texas State Rep: Hard to Imprison Trump If He Dies from Coronavirus

President of the European Commission Jean-Claude Juncker also said: “Where there is a will, there is a deal. We have one! It’s a fair and balanced agreement for the EU and the UK and it is testament to our commitment to find solutions.”

The Commission chief wrote in his letter: “As regards the withdrawal agreement itself, negotiations focused on the protocol on Ireland/Northern Ireland [ie, the backstop] and sought to identify a mutually satisfactory solution to address the specific circumstances on the island of Ireland.

“The negotiators also discussed the political declaration setting out the framework for the future relationship between the European Union and the United Kingdom. Their aim was to adjust the political declaration in a way that reflects the different level of ambition now sought by the government of the United Kingdom for the country’s future relationship with the European Union.”

“I believe it is high time to complete the withdrawal process and move on, as swiftly as possible, to the negotiation on the European Union’s future partnership with the United Kingdom,” he added.

🇪🇺🤝🇬🇧 Where there is a will, there is a #deal – we have one! It’s a fair and balanced agreement for the EU and the UK and it is testament to our commitment to find solutions. I recommend that #EUCO endorses this deal. pic.twitter.com/7AfKyCZ6k9

Mr Juncker added that he recommends the EU27 endorse the deal during this week’s European summit. If the other EU nation-leaders back the proposal, the agreement would go to the British parliament on Saturday for a vote.

Doubt remains whether there is enough support in the House of Commons to pass a withdrawal agreement bill, with key player the Democratic Unionist Party (DUP) sceptical that the deal in its current form was acceptable.

Support from the Northern Irish unionist party is key for the minority Conservative government. In a joint statement released on Thursday morning, before news of the agreed deal broke, DUP leader Arlene Foster and deputy leader Nigel Dodds said that “as things stand, we could not support what is being suggested on customs and consent issues and there is a lack of clarity on VAT”.

Mrs Foster and Mr Dodds added: “We will continue to work with the government to try and get a sensible deal that works for Northern Ireland and protects the economic and constitutional integrity of the United Kingdom.”

Post-announcement, the DUP was reported to have said: “Read our statement. It hasn’t changed.”

Sky's @skydavidblevins reports that the DUP is 'not on board' with the #Brexit deal Prime Minister @BorisJohnson has agreed with the EU.

For live updates on this story, click here: https://t.co/nVju8bX0hI pic.twitter.com/MHq74jUcSa

During a press conference this morning, the EU’s chief Brexit negotiator Michel Barnier outlined how Johnson’s team and Brussels settled on the proposed customs arrangements for Northern Ireland, maintaining that the plans prevent a so-called ‘hard border’ on the isle of Ireland and respect the UK’s position that Northern Ireland must remain in British customs territory.

“The solution that we found rests on four main elements,” Mr Barnier said. In point one, the Eurocrat said that Northern Ireland will remain part of a “limited” set of EU rules related to goods:

1) Northern Ireland will remain aligned to a limited set of EU rules, notably related to goods. This means that all applicable procedures on goods will take place at the points entry into Northern Ireland and not across the island. For this purpose, UK authorities will be in charge of applying the Union’s customs code in Northern Ireland.

Northern Ireland will stay in the UK’s customs territory but also remain an entry point to the EU’s Single Market. According to Mr Barnier:

On the third point related to Value Added Tax (VAT), Mr Barnier said both sides have “maintained the integrity of the Single Market”, but the deal will “also satisfy the UK’s wishes”.

Mr Barnier confirmed in the fourth point that the DUP had lost its veto over whether new arrangements come into force in Northern Ireland; instead, a simple majority vote will be held in Stormont, the country’s assembly. He said: 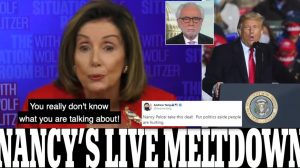 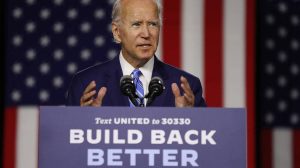 Report–George W. Bush: Trump’s ‘Isolationist’ America Is ‘Dangerous’ for Global Peace
Beto O’Rourke: If You Don’t Hand over Your AR-15 We’ll Take It