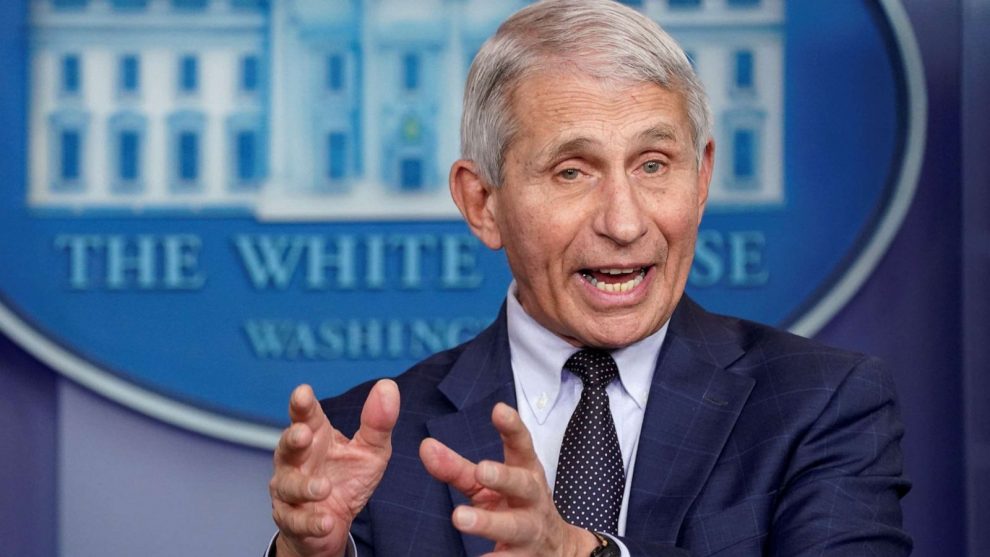 Missouri Attorney General Eric Schmitt and Louisiana AG Jeff Landry deposed Anthony Fauci last month in the states’ case accusing the Biden administration of “colluding with social media companies to censor speech” related to the Covid-19 pandemic. Today, they released the full transcript of that interview (you can read the entire document below).

“Today, Louisiana and Missouri are releasing the full transcript for the deposition of Dr. Anthony Fauci, which was taken on November 23rd, 2022. The deposition was taken as part of Louisiana and Missouri’s landmark lawsuit against the federal government and the Biden Administration for colluding with social media companies to censor speech,” said Landry in a press release. “Fauci’s recent deposition only confirmed what we already knew: federal bureaucrats in collusion with social media companies want to control not only what you think, but especially what you say. During no time in human history was this more obvious than during the COVID-19 crisis where social engineering tactics were used against the American public, not to limit your exposure to a virus, but to limit your exposure to information that did not fit within a government sanctioned narrative.”

“Missouri and Louisiana are leading the way in exposing how the federal government and the Biden Administration worked with social media to censor speech. In our deposition with Dr. Fauci, it became clear that when Dr. Fauci speaks, social media censors,” added Schmitt in his own press release. “I invite everyone to read the deposition transcript and see exactly how Dr. Fauci operates, and exactly how the COVID tyranny that ruined lives and destroyed businesses was born.”

In a Twitter thread, Schmitt noted that know-nothing Fauci blurted out, “I don’t recall,” 174 times during the deposition, “including when asked about emails that he sent, interviews that he gave, and other important information.”

Fauci did, however, “vaguely recall” telling former HHS Secretary Sylvia Burwell in early 2020 not to wear a mask when traveling. “Just a couple months later, he was advocating for universal mask mandates,” Schmitt noted.

Also from Schmitt: “One of Fauci’s deputies joined a WHO delegation to China in February of 2020, and in talking to Fauci afterwards, was impressed with how the Chinese ‘were handling the isolation, the contact tracing, the building of facilities to take care of people.’”

Indeed, Fauci admitted that this American official told him the U.S. “may have to go to as extreme a degree of social distancing to help bring our outbreak under control.” But then Fauci clammed up and said he “didn’t recall” the individual discussing this with him when he returned home.” 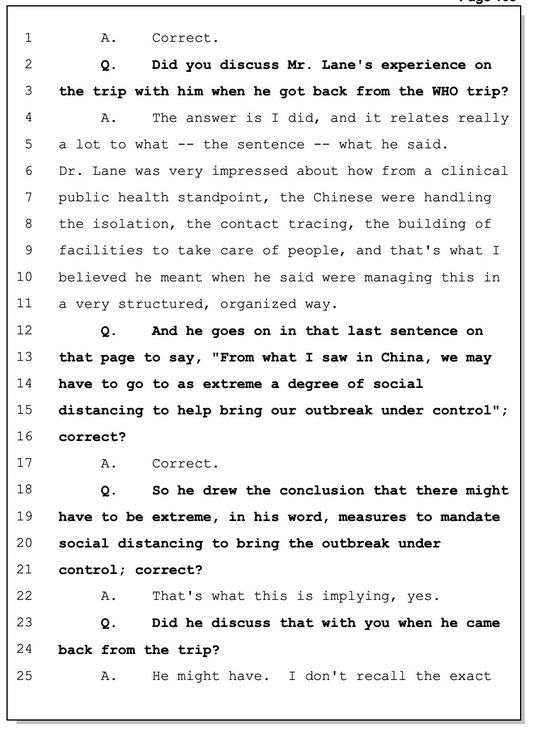